This post was written by guest contributor Michael J. Oghia. Michael is a Belgrade-based independent consultant, researcher, and editor working within the Internet governance ecosystem, specifically focusing on sustainable access and the relationship between the Internet, the environment, and sustainability. Twitter: @mikeoghia

Like many of you who follow Nadine’s work, I too was incensed by a particular article she wrote toward the end of June about ecocide in Lebanon. It conjured unprecedented feelings of disgust, anger, and much to my surprise, pessimism. How could we let ourselves do this to Lebanon? Overcome with these emotions and fueled by a spout of nihilistic hopelessness, I imprudently took to Facebook to vent my frustration and wrote a scathing critique that, regardless of whether or not it was justified, was ultimately hypocritical. I was begging for an answer about how we Lebanese could let this happen, but I omitted two key details: the first has to do with my own identity politics (I don’t have Lebanese citizenship since my mother isn’t a man, so I don’t really have the right to chastise us). The second is that only a few days later, was I going to be like the other members of the Lebanese diaspora who visit every summer and take advantage of (read: abuse) its natural resources and environment.

I kept that hypocrisy in mind during my visit, as well as a rebuke by a friend for having the gall to criticize yet not only do nothing about it but exacerbate the problem through my own consumption and selfishness. When I saw Nadine at a birthday party of a mutual dear friend, I talked to her about what I currently do (I work on sustainable Internet access), and told her of my dilemma. We both agreed that I didn’t need to remind anyone about Lebanon’s persistent waste problems, yet I am a firm believer in the power of awareness. As such, she asked me to help inform her readers of at least one way we reduce our environmental footprints: cutting down on electronic waste, or e-waste.

E-waste sounds exactly what is: it’s the waste that is generated when we throw away our electronic devices, such as smartphones, computers, hardware like mice or speakers, or batteries, but it also includes anything with electronic parts (such as old phones, TVs, or CDs). E-waste is dangerous for the planet for many reasons, not least because the minerals inside and toxic chemicals used in the manufacturing process leak into ground water, damage the natural environment, harm humans, plants, and wildlife, and includes plastics that will take hundreds or even thousands of years to decompose. Online media producer Vox recently partnered with the UCLA Climate Lab in California on a climate series, and they addressed many of the problems that we don’t think about with our consume-it-now, throw-it-away-later lifestyles.

Aside from being disastrous for the environment, many countries around the world engage in e-waste dumping – the export of e-waste to developing economies, which often involves children. The World Health Organization (WHO) cautioned that environmental pollution and e-waste are having a staggering impact on children’s lives especially, emphasizing: “Unsafely discarded e-waste that is handled by children exposes them to a myriad of chemicals and toxicants, many of which are associated with reduced intelligence, attention deficits, lung damage, and cancer.”

Apart from that, children are also subjected to the worst of conditions mining for two minerals we’ve often never even heard of. Coltan and cobalt are conflict minerals found in nearly every mobile phone, laptop, and electronic device. They’re also tied to the deaths of more than 5 million people in the Democratic Republic of Congo (DRC) since 1990. Human rights organization Amnesty International is accusing Apple, Samsung, and Sony, among others, of failing to do basic checks to ensure children do not mine minerals used in their products. In a recent report, the watchdog says it found children as young as 7 working in dangerous conditions to extract cobalt – a vital component of lithium-ion batteries – in the DRC.
There’s some good news, though. If any of you have a drawer filled with old electronics, including Kindles, iPods, and that big CD player you haven’t used since 2005, there are many solutions available to you in order to get rid of them responsibly. The first is to locate an e-waste recycler near you, which you can do here. You can also reach out to Recycle Beirut, beeatoona, or other Lebanon-based recycling centers in case they provide additional support, such as e-waste drop-off points.
Aside from recycling, the other two important “Rs” are reduce and reuse. For the former, an easy way to cut down on electronics is to avoid buying new electronics or replacing existing ones when it is unnecessary. Especially now, hardware upgrades rarely offer significant advantages over the previous model. For instance, a Samsung Galaxy S7, released in 2016, offers practically the same performance as a Samsung Galaxy S8, the biggest practical difference being the artificial status and prestige we assign to having the latest and greatest device. Simply asking yourself if you really need the latest device when yours is practically new or still working fine makes a big difference.

There are some other innovative ways to reuse devices as well. The first is collecting any unused or unnecessary flash drives you have and shipping them to a nonprofit called Flash Drives for Freedom, which fills them with films, books, and other media and sends them to Internet users in authoritarian states. Another idea is to use your old but still functional devices to help with scientific research. Bear in mind that due to Moore’s Law, computing power has increased exponentially since the 1950s – an average smartphone these days has anywhere from 2 to 8 gigabytes of Random Access Memory (RAM), whereas the Saturn V rocket that took the Apollo 11 astronauts to the Moon had 64 kilobytes. Much of this computational power is going to waste, but thankfully there are programs that leverage the processing power of volunteers’ devices when not in use for scientific research project that draw on devices from all around the world – all while consuming minimal power and data (I know both are a concern in Lebanon). One such program is IBM’s World Community Grid, which you can access from a dedicated app on Android or through HTC’s Power to Give app (download directly from Google Play here).

I recognize many of Lebanon’s environmental problems are large in scale; however, every little bit counts, and we’re all responsible for our environmental footprints. Even when I buy a new phone, I hook my old ones to a power cable and let it go to better use as microprocessor for a globally connected supercomputer. If we want the current environmental crisis in Lebanon but also around the world to stop, education is key, especially about the resources that are already available. While this fact won’t necessarily amend the problem I contributed to, I hope it can at least provide some inspiration on how to live a more sustainable life and offer some ways to reduce, reuse, and recycle in our little piece of Mediterranean heaven.

522's abolishment is a win, but the devil is in the details

Thu Aug 17 , 2017
The last I addressed Article 522 on Newsroom Nomad was back in December 2016, when local media mistakingly reported that said article of the penal […] 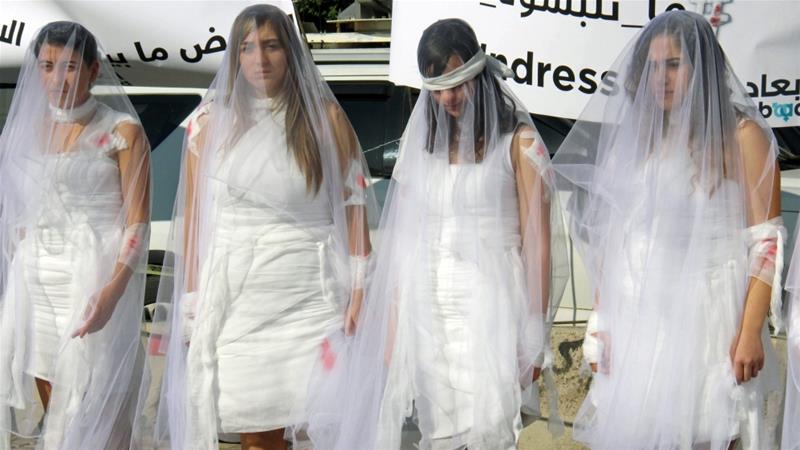