The last I addressed Article 522 on Newsroom Nomad was back in December 2016, when local media mistakingly reported that said article of the penal code was abolished. Back then, a proposal introduced and approved by the Administration and Justice Committee parliamentary committee to scrap said article was passed to Parliament, awaiting a final vote. On Wednesday, August 16, 2017, that vote finally happened and now awaits the signature of the Lebanese president before it finally becomes effective.

Penal Code Article 522, also known as the ‘rape law’ allowed rapists who marry their victims to escape prosecution. Its abolishment is a victory for campaigners, civil society activists, and women all over Lebanon.

ABAAD, a MENA based non-profit organization that has been campaigning tirelessly for the article to be released, called the latest development a victory, promising to continue the fight towards gender equality.

KAFA, a women’s rights organization, however, posted a lukewarm response. In a Facebook statement, it called the abolishment “partial”:

“[The article’s] effect continues under article 505, which involves sex with a minor who is 15 years of age, as it does through article 518, which concerns the seduction of a minor with the promise of marriage,” the women’s rights organization wrote.

Let us examine what the penal code actually says, and its origin:

Looking at the two images, you’ll find that the key word here is ‘section’. According to KAFA, the Articles (underneath said section) on which 522 can still apply are 505 and 518.

In simple terms, Article 505 legalizes statutory rape – sex with a minor – if the rapist marries their victim. Article 518 allows forced sex in marriage and says that the rape of a virgin “by means of deception” may only be subject to a fine if the rapist intends to marry their victim.

Speaking to Newsroom Nomad, Maya Ammar, communications manager at KAFA Enough Violence and Exploitation, said, “We are stressing on Articles 505 and 518 … Members of the Commission examined all Articles between 503 and 521, but they did not touch articles pertaining to minors.”

“They were not alarmed by the fact that the marriage of minors was consecrated in a civil law. It is clear that the hailed personal status laws of confessions remain the untouchable reference. Deputies discuss violence against women and girls from a patriarchal perspective that does not consider violence to be a crime; they even defend the marriage option, pretending to defend the dignity of women all the while inflicting on women the consequences of their ideas and deeds,” she said.

Not the first “incomplete” law:

In 2014, and following the high profile domestic violence case of Roula Yaacoub, a mother of 5 who was allegedly killed by her husband, Parliament passed Law No. 293/2014. Seen as a victory for women at the time, the bill was the first to put into place any sort of legal framework to protect women. However, it was criticized by activists who also saw it as inadequate due to several amendments made to it under the pressure of religious groups.

Religious groups at it again:

“[Article] 522 was an obvious law to fix, and it should have been amended a long time ago. They’ve chosen the most blatant one [law] to look good,” she said. “The other battles are not any less important, but haven’t been faced because MPs want to keep the status quo friendly with religious and conservative groups,” Ammar told The Daily Star.

The devil is in the details:

While the abolishment of 522 is definitely a step in the right direction and a victory for women’s rights, much work clearly needs to be done.

Rita Chemaly, a project developer at the National Commission for Lebanese women told The Daily Star that there are “many more battles to come… The rest of the penal code needs to be dealt with. For example, Articles 518 and 505 need to [be] repealed immediately, and laws regarding women’s ability to [pass on their] nationality need to be amended.”

Similarly, and in a statement released after the parliament’s session, Minister of State for Women’s Affairs Jean Ogasapian acknowledged the remaining challenges.

“While welcoming the abolition of Article 522 of the penal code, we need to continue working on abolishing Articles 505 and 518 because there is no exception to escape the crime of rape,” the statement said.

We talked to Roger Waters about BDS, Trump, Israel, Lebanon and Palestine 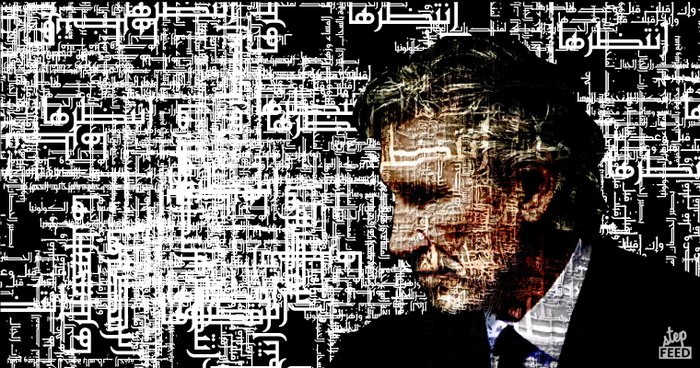