The world celebrated International Women’s Day on March 8, with massive rallies like those in Turkey and Spain making major headlines.

Lebanon, too, celebrated IWD, albeit on Sunday – perhaps to accommodate for working women who can’t leave their jobs in the middle of the week to protest.

“Our causes are many, our anger is one,” was the main slogan that brought together thousands of women and over 21 NGOs and organizing fronts.

From the Adlieh roundabout through Barbir to its final destination in Sodeco’s Hawd al-Wilaya Park, women, activists, and feminist blocs hoisted banners and chanted anti-patriarchy slogans calling for equality and change.

The crowd displayed a healthy and encouraging variety, both from a demographic standpoint and in regards to political leanings. The placards below read,”If your feminism isn’t intersectional, don’t bother,” and “We are not here for Lebanese women, we are here for all women in Lebanon.”

Migrant women and men called for fundamental human rights, namely the abolishment of the Kafala (sponsorship) system. According to Human Rights Watch, an estimated 250,000 migrant domestic workers in Lebanon, the majority of them women, are excluded from labor law protections and often left out of the women’s rights debate. Lebanon has become an outlier on this issue as most of the major countries of destination for migrant domestic workers have instituted such laws. The kafala (sponsorship) system subjects migrant domestic workers to restrictive rules under which they cannot leave or change jobs without their employer-sponsor’s consent, placing them at risk of exploitation and abuse.”

Lebanese women called for wider participation in politics. In the image below, we see writer, activist and journalist Joumana Haddad chanting, “thawra” (Arabic for “Revolution”) while marching alongside other women. Haddad is 1 of 111 other women registered to run in the upcoming May 6 elections. Registration for the elections closed just days before International Women’s Day, with Lebanon garnering the largest number of women registered as candidates in its history. Although the number is unprecedented, the participation of women still lags behind when compared to the 865 men competing for parliamentary seats this year.

Trans* women made a much more visible appearance this year. Raising the rainbow flags, queer women and men were not afraid to speak their minds and show off their vibrant colors.

As marchers made their way through the narrow streets of Beirut, signs supporting traditional and prominent politicians displayed above. The closer the marchers got, the louder they became – a display of defiance in the face of what many perceive as stagnant and outdated politics.

Palestinian, Kurdish, Syrian and other minority women made their way through the crowds. In the image below, we see Syrian women expressing solidarity with Eastern Ghouta. One protester’s placard reads, “The Syrian women in the cellars [sic] of Ghouta are candles burning for our freedom.” Another one says, “The detained in Assads [sic] cells are the pain of all feminists.”

To many of the women who attended, this event was an opportunity to show solidarity and express their discontent. “We come to declare that we refuse to compromise on women’s issues. While state institutions, laws, and sectarian political parties maintain their loyalty to the patriarchal system, we insist on resisting them every day. In 2018, we will march together, and we invite all women in Lebanon — citizens, residents, and refugees; workers, mothers, students, activists, queers and transwomen, and anyone demanding freedom, justice, and equality — to join us on this day. Let us make it a march that the patriarchal system never forgets. Let our walking together show that women in Lebanon are united, that there is no difference between a Lebanese and a non-Lebanese woman, except in the different forms of oppression each of us face; and that there can be no equality or justice unless it is for all of us. Let us march together, to demonstrate that solidarity is a steady bridge. Long live solidarity among women everywhere and at all times,” the organizers’ announcement read.

And indeed solidarity among all groups was on full display. The march ended with cheers, ululation, and dancing.

Although optimistic about the turnout and conduct of protesters, the poor mediatization of the rally, particularly during the prime time news segments of various local television channels, is nothing if not indicative of the uphill battle women face in terms of political representation, equal rights, and visibility.

'I am a story': memorable quotes from Emily Nasrallah

Wed Mar 14 , 2018
Lebanon has lost one of its greatest literary minds this morning: writer, journalist and women’s rights activist, Emily Nasrallah. For those who are unfamiliar, Nasrallah, […] 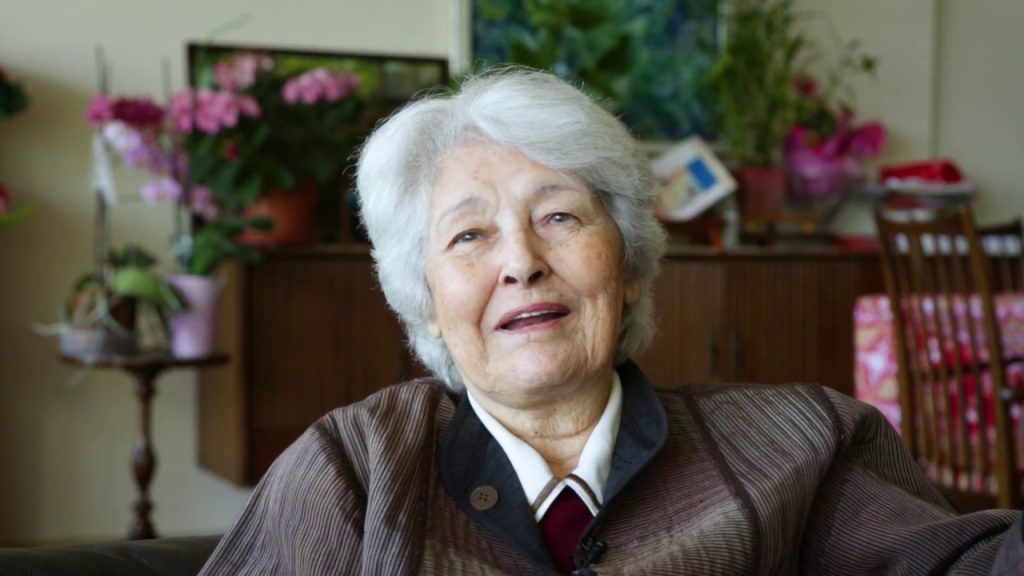