A recent decision of urban tree removal by the Beirut municipality in Msaitbeh over the weekend has solicited vehement condemnation from online activists and the social media community at large. On its face, the removal of trees, if unwarranted, seems to be the latest instance of unsustainable municipal ethics, one deserving utmost denunciation. However, unlike most current commenters on the issue, let’s consider both sides in all their nuances before making a determination.

The municipality has insisted that the removal of these trees was a necessary though unpleasant course of action given that overdeveloped roots were threatening both building foundations and infrastructure networks such as sewage and water. It further added that other trees would be planted in their place, as well as 6000 others across the capital city as part of an extensive effort to make Beirut greener. It is reasonable to expect a municipality to take action when buildings and infrastructure are threatened, especially at the request of the neighborhood’s residents. Had it remained passive and had a calamity occurred, citizens would have been outraged to a greater degree, accusing local politicians of incompetence and criminal negligence. This idea is not to be dismissed out of hand.

What we don’t know:

There is such a building product as an anti-root protective membrane that has been on the market for decades, architect Camille Jean Helou tells Newsroom Nomad. “Many waterproofing membranes used to insulate basements and foundations are marketed with a resiliency to invasive tree roots as one of their properties … it is highly unlikely that a building erected during the last twenty years might not include a sufficient tree root barrier at its perimeter,” he says. “But much older buildings are not sure to be impervious to the encroachment of foundation damaging roots. Furthermore, public infrastructure is frequently executed in less than the ideal manner either to cut costs or because expansions or repairs were done swiftly while municipalities were in a rush. So without consulting the engineers or contractors who contributed to the installation of a sewage and water line, there is no way for the public to know whether it is in danger of root damage.”

Knowing this, we can safely assume that a tree located near new buildings and far from infrastructure canalization is in no need of being removed no matter how massive the reach of its roots may be if an anti-root protective membrane is present. However, when it comes to old buildings, the action is warranted if there is a reason to suspect danger. In regards to infrastructure, only in-house municipality engineers may determine the need for tree removal, which is the case here as per the municipality statement. (Keep in mind that instead of killing an over-extended tree, municipal workers may uproot it, establish a root deflecting perimeter in the soil beneath it, then replant it, thereby conserving the tree and protecting constructions from encroaching roots. The cost of such an intervention would far exceed tree cutting.)

Commenting on the issue, leading environmentalist and president of the Operation Big Blue Association, Eng. Iffat Edriss Chatila, said that while she opposes all tree cutting in principle, the specific species of trees concerned (Eucalyptus), which is non-native, is detrimental to the environmental balance of the region since they require much water at a time when Beirut struggles with water scarcity and the effects of climate change. “These trees affect the impede the growth of others, and birds are not fond of them … we must think of alternatives,” she said in a Facebook post.

Social media outrage as a means to an end:

It is unfortunate that the reasons for most of the social media outrage are so plainly evident. Among liberal political independents, removing a tree under any circumstance is tantamount to the annihilation of the environment, and Beirut municipality members who defeated Beirut Madinati in an election with a historically low turn-out are immediately suspect of the gravest incompetence, corruption, and criminal misdeeds whenever they perform any action – even one that may be characterized as routine. The eagerness of social media patrons to condemn and complain greatly outweighs critical thinking and tolerance for nuance.

These attacks aren’t without reason or cause; on average the policies of the recent municipality have been terrible (from Ramlet al-Baida to Horsh Beirut), but when one as benign as this one is criticized so vehemently without so much as a semblance of examination, it greatly undermines the credibility of legitimate criticism directed towards them and makes independents out to be fickle, easily whipped into outrage, then easily subdued once they forget and jump on the next controversy.

Our nation is in need of critical reform, especially when it comes to the state of our environment, but none will be achieved if we refuse to be informed of the facts of an issue before making a determination.

The hate and vitriol that new media sources sell the public on social media, far from being an agent for change, render political liberal independents politically impotent and inconsequential in the political landscape as the dwindling numbers of supporters on the streets have shown.

Around the world, the well-meaning political newcomers who have succeeded in their mission to bring about change have coalesced into substantial blocks and rallied behind causes that matter, armed with the knowledge and the critical thinking that rendered their opponents’ greater numbers and established power null.

4 thoughts on “Beirut cuts down trees, activists up in arms”

Successive Lebanese governments, EU must be tried for ecocide

Tue Jun 20 , 2017
Let’s forgo the formalities and the lengthy intros; Lebanon is on the edge of a massive ecological catastrophe, yet we remain silent – in a […] 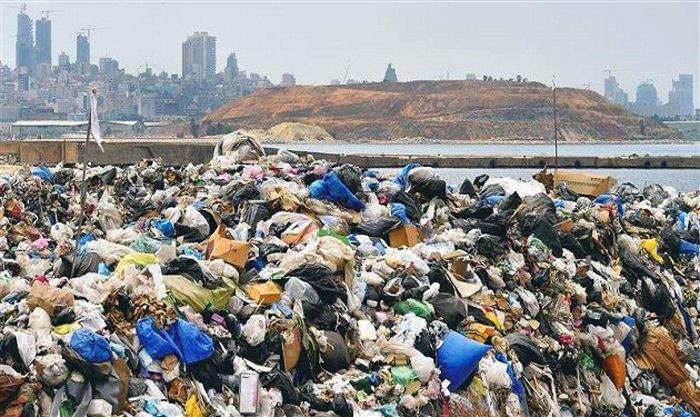