His name is Mohammed Reda, he is 26 years old. He works as a waiter in a Sharm el Sheikh hotel despite having a Masters degree in geography, and speaking 4 languages. He says he makes more money now than he ever could as a teacher, and is currently working towards his second degree.

“I can speak Russian, English, Arabic, and some Italian,” he boasts when I ask him to tell me more about himself. “As a teacher, I only could make around $250 a month, but when you’re working in tourism that number triples … I now have a home and a car – al hamdullilah.”

Mohammed, like many other Egyptians, look to Sharm for their livelihood. A battered economy, the high cost of living and a long list of bad decisions, have the country’s youth desperate and resorting to the tourism and hospitality industry for money.

“Look there, you see that? That’s Tiran and this sea before you? Its real name isn’t the Red Sea, but Baher al-Qulzum… Here, let me draw you a map, I’ll write your name in Russian too.”

I met Mohammed Reda while I was staying in Egypt’s Sharm el-Sheikh this weekend. Having abstained from participating in two preplanned activities organized by the group I was with, I decided to lay on the beach, walk around and just talk to people.

“What about Tiran … is it no longer Egyptian?” I asked as we both looked at the nearby island currently at the center of a controversial Egyptian-Saudi Arabian maritime border demarcation agreement. 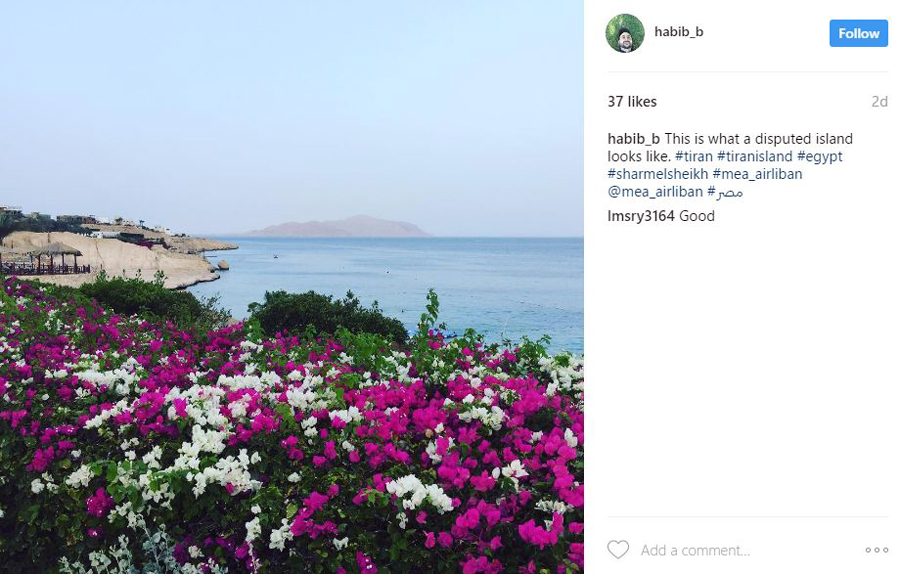 “These matters aren’t ours to decide, but they will always be Egyptian no matter what,” he responded. “Won’t you come for a massage? It’s at half price at the spa, you know,” he added.  I smiled, declined the offer, and asked for another Stella (Egypt’s local beer, a subsidiary of Heineken – which tastes very similar to our Almaza).

Mohammed has a fixed salary, but tips and commissions from bringing in extra customers to the hotel’s spa center means more cash – and since times are tough in Egypt, people in the tourism industry find themselves having to work extra hard, learning new languages, new dialects, and developing great communication skills to get through to visitors in whichever way possible.

Mohammed is proud of his achievements and is currently working towards his second Masters degree at Tanta University. He sees Lebanon as a beacon of freedom in the Arab world, and his eyes light up when he mentions the “Lebanese salary”.

“You are all so well paid … like a minimum of $1,200 per month, right? That’s a fortune!” he exclaims. “Imagine what I could do with that kind of money here!”

Mohammed isn’t alone on this one. Egyptians have long been immigrating to Lebanon in search of work and opportunity. Despite being limited to specific vocations, and working long hours for meek salaries, it’s the devaluation of their currency that keeps them coming.

“The cost of living is too high,” I tell him, further explaining the exploitation that migrant workers are often subjected to. “I see, so it’s not that great after all … I think I’ll stay here where I am happy for now,” he says. “I’ll be much better off once I write my own book, which will become part of the school curriculum – insha allah.”

There is a certain kindness to Egyptians. They are talkative, energetic, intense – and boy, can they dance. Mohamed, the baker, loves feeding the birds. When preparing dough for his pizzas, he puts a plate for the birds to eat.

Mohamed the coachman, and his horse Amaren stood outside the restaurant where Amina, the shaabi singer was performing.

This is Karim… and I just thought he has the sweetest smile.

Hecham, who took me free diving in the Ras Mohammad National Park, showing me all the colorful corals underneath insisted that I be brave when all I wanted was to just get back on the boat.

I do not own an underwater camera, so the images of the corals below were taken from the internet. They’re exactly what I saw in the Ras Mohammed National Park.

In November, the central bank announced it would float the Egyptian pound, which was formerly pegged to the U.S. dollar. Inflation has since risen to its highest level in more than a decade, driving food prices, transportation and education costs through the roof and forcing Egyptians to make budget cuts even on the most basic of needs. A third of the country’s population lives on $1.9 a day or less, according to Stepfeed.

But while it’s become much more expensive for locals, for incoming tourists $1 can now buy 18 Egyptian pounds. To give you an idea of what that means, I’m posting the room service menu from the 5 star hotel where we were all staying, Concorde al-Salam.

Despite the encouraging prices, the country’s tourism sector isn’t doing all that well. According to The National, Sharm is still only posting 35 percent occupancy in its high season. The Egyptian government believes it has complied with every security improvement demanded in the wake of the 2015 bombing of a Russian passenger plane by IS, which killed everyone on board, but this hasn’t lifted a travel ban by the UK and Russia.

The latest attacks on two churches in Tanta and Alexandria on Palm Sunday that left at least 49 people dead, and an armed attack by IS near the St Catherine’s Monastery in the Sinai a few days later, which killed a police officer, aren’t helping either. But still, Egypt is looking to promote a positive image. The government is keen on appeasing the concerns of visitors and the country’s Coptic population by encouraging the construction of more churches “where the demographic is suitable and pushing ‘spiritual’ tourism.”

So, what took me to Egypt?

I traveled to Sharm el Sheikh for the weekend as part of a sponsored media team that included social media influencers, bloggers, television, print, and web journalists for an MEA digital networking event. For three days and three nights, we met, we laughed, we explored, and we networked. 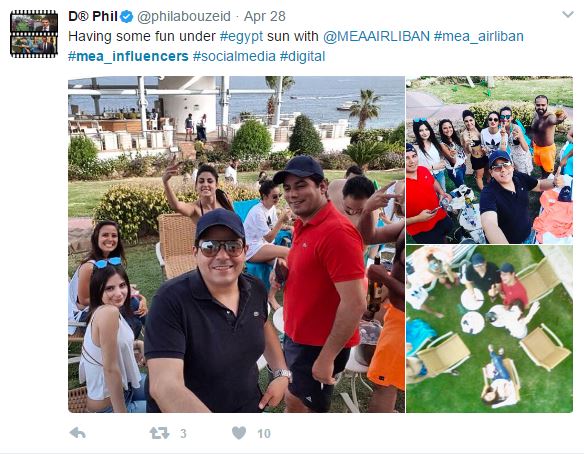 The all-expenses paid trip was organized by Middle East Airlines – Lebanon’s flag carrier- and came as part of its efforts to expand into the social media sphere. It was all preplanned and included multiple activities that included an ATV desert safari, a trip to a nearby waterpark where people could swim with dolphins, and snorkeling – as well as a concert by Egyptian shaabi songstress Amina.

I only participated in the last two, as a) I am not a big fan of ATVing, and b) show dolphins are kept in captivity, so seriously, thanks but no thanks. Please, MEA reconsider taking people there.

Why were we invited?

MEA just launched a new app, available on App Store, Google Play and Windows Store and it wants people to know about it. The app will enable travelers to book a trip, choose their seats, check in, view trips, check miles, check flight statuses, and check baggage allowance – all through their mobile phones.

If you are an MEA customer, this app will no doubt come in handy. If you have any comments on the app, or MEA’s performance in general you can contact them directly. I do not work for them, nor do I represent the company.

Why I accepted the invitation

Prior to this trip, I had never set foot in Egypt – and while I realize that Sharm is only the touristic division of the country, I wanted to at least be able to get a taste of Omm al Donia. Sharm’s famed coral reefs were also another major, major incentive. So having someone organize something that I really wanted to see made it all the more worth it.

They say you are only attached and are only able to empathize with what’s closest to you. But prior to Friday, I had never been to Egypt, let alone felt overwhelmed with so much emotion and compassion. And while I realize that I was on the touristic side, and have yet to experience the whole of Egypt, it is a country that I can wholeheartedly say deserves much, much more than the foul deck of cards it’s been handed.

P.S: Can we please do something about that landing view though? And not cull anymore seagulls unless absolutely necessary? Thanks.

One thought on “Welcome to Egypt, where your waiter could be a genius”

Dolphins, whales, sharks off Lebanese coast aren’t dangerous - we are

Sat May 6 , 2017
I can’t believe that I have to actually tell people not to panic because we still have some semblance of marine life off our coasts. The […] 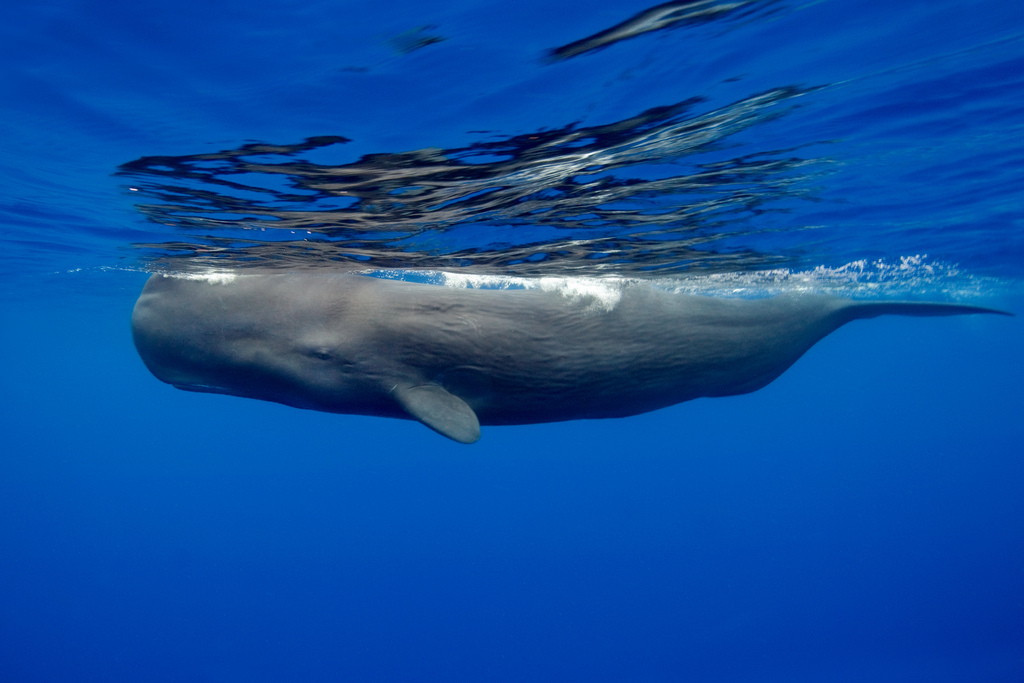