This story has been updated with a follow-up post titled, “If Lebanon’s pine trees die, so will we“.

Whether it’s deep in the open woodlands of Lebanon, in Beirut’s only remaining Horsh, or in between residential areas, the once plentiful parasol pine, also known as the stone pine, is under threat.

A disease that droops the trees’ branches, discolors their needles – turning them red, yellow or orange – before slowly killing them, is spreading.

According to Greenarea – an environmental website – caterpillars that feed on the needles of pine trees, better known as pine processionary moths, are among the main parasitic agents of this disease. The decline in numbers of their predator, namely the cuckoo bird, is allowing their population to increase, ‘suffocating’ the trees.

When Pine processionary moth (PPM) larvae (caterpillars) overwhelm pine trees, they can severely defoliate them, weakening them and making them more susceptible to attacks by other pests or diseases, or to environmental stress caused by drought or excessive moisture, according to Forestry.gov.uk.

PPM (locally known as Doudet el Sandal, or Jommar), like its close relative the oak processionary moth (OPM), gets its name from its distinctive habit of moving about in nose-to-tail processions. They cause severe allergies too. Don’t believe me? I’m experiencing every kind of phantom itch just writing about this as I am severely allergic to these caterpillars. As a child, and up until now, my father has worked preemptively to clear the surrounding trees of these caterpillars’ bag-nests. We live in the mountains, and our home is surrounded with pine trees, so come every spring, he hires pine cone harvesters to first clean up the trees before harvesting their cones.

“PPM caterpillars represent a public health hazard because they have thousands of hairs which contain an urticating, or irritating, protein called thaumetopoein. These hairs can be blown by the wind into contact with people and animals, resulting in painful skin irritations and rashes and, in some cases, allergic reactions in some people and animals.” – Forestry.gov.uk

As mentioned above, the natural imbalance that has occurred due to over-hunting, and which has caused cuckoo species to decline locally, has made the trees susceptible to disease. Although cuckoo birds are not an endangered species globally, in Lebanon they are registered on the “bird rarities committee” list, because, as bird expert Fouad Itani put it, Lebanese hunters operate under the “if it flies, it dies” motto.

“Cuckoo birds are not considered a game bird, but they are being shot anyway… If hunters choose to eat them, they might be poisoned because of the caterpillars these birds feed on, and in some cases it could require hospitalization.

Cuckoos are insectivorous, they help farmers get rid of insects, worms and caterpillars and they also consume noxious hairy species avoided by other birds… Like most insectivorous birds they help reduce the use of pesticides,” Itani adds.

According to an MTV article that cites the National Council for Scientific Research, other kinds of insects are making the trees, namely those in Horsh Beirut, susceptible, including what is referred to vaguely in Arabic as “الحشرات من فصيلة الحفار”, and which I believe are a species of the bark beetle.

Bark beetles attack older and weaker trees. Warmer winters, brought about by climate change and rising temperatures, allow them to thrive. They form a symbiotic relationship with a certain type of fungi, overpowering the trees’ chemical defenses. The beetles carry the fungal spores in special structures, gradually infecting and killing the trees.

The more trees die, the more favorable the conditions become for forest fires. In that sense, fire and bark beetles are locked in some “malevolent feedback loop, with fires inviting beetles to devour weakened trees, and beetles creating fuel for future fires.”

Lebanon is already ill-equipped when it comes to dealing with forest fires. With Summer right around the corner, the pests and diseases affecting pine trees must swiftly be addressed.

But, what kind of diseases/fungi are we dealing with exactly? I asked friend and agro-engineer Salim Zwein.

Phytophthora, or root rot of conifers, is caused by a fungi of the genus Phytophthora. It affects many species of fir, true cedars, larch, pine, spruce, yew, and other evergreens. Below is a photo of cedar trees possibly stricken with the disease. I snapped it around February in Baskinta’s Bekish slopes. Notice how the pine needles are yellow toward the edges?

Phytophthora, like other fungal infections, is difficult to manage but not impossible. If left untreated, it can spread to other trees like wildfire. This is why preemptive care is of much importance as root rot symptoms are not likely to appear in coniferous trees until long after the infection has taken hold.

The first noticeable symptoms typically include needle discoloration, drop-off and die-back, and once they’ve appeared the safest thing to do is to remove the tree and the stump to prevent cross-contamination. In milder infections, a tree may be treated using fungicidal drenches or sprays.

If you live in a pine/evergreen laden area and spot any discoloration, here’s what you should do:

-If the pines are present on your property, it’s best to cut down the tree and remove the stump altogether. Burning the tree away from others to decrease the chances of cross-contamination would be your best option.

-Nothing should be planted in place of the tree. Phytophthora remains in the soil, which requires the area beneath the tree be fumigated with a mixture of methyl bromide and chloropicrin.

-If the trees are not on your own property, contact the concerned authorities. Raise the issue to your local municipality or the agriculture or environment ministry directly.

How many trees are in danger?

According to Doumet Kamel, who heads the “World Environment Party,” around 5000 trees have been affected, and 20,000 in Beirut, Metn, the Chouf, and Jbeil are under threat.

“It’s going to get a lot worse,” he tells Lebanon Files.

“Ms Claudine Aoun, who heads the environmental committee at the presidential palace is on the case, as well as agriculture minister Ghazi Zeaiter, the environment minister and other experts and specialists … everyone has the right intentions to tackle this situation…”

Known for its resilience and immunity, the mighty stone pine was favored by the rulers of the past centuries. In the 1800s, Mir Bachir is said to have commissioned several Maronite monks to plant pine trees across Mount Lebanon. They were seen at the time as both currency and fuel that greatly helped communities survive the long, harsh winters. In the 1600s, Fakhr ed-Din replanted a whole forest of them in the sand dunes south of Beirut. In earlier times, the 1110s to be specific, the Crusaders used the trees to supply wood for their weaponry. Fast forward to the 20th century, Moussa de Freij, a rich feudal lord, planted a forest of them on a barren mountaintop overlooking his house in Shemlan…

Today, they are a source of shade, oxygen and income. Pine laden areas like Broummana, Beit Merry, Monteverdi, and many others, are desirable among tourists who escape the summer heat. Families who live in the mountains rely on the trees for their supply of pine nuts and winter firewood.

Pine forests are home to many animal species, including native and migratory birds. They are a natural habitat and a mating ground for land and aerial species. Aside from that, they are our green lung and the guardians of our soil. They give us oxygen, and curb the threats of desertification, rising temperatures and soil erosion.

Apart from disease and forest fires, frenetic construction and the continued existence of sand and stone quarries are constant threats to them.

Lebanon’s green spaces have decreased dramatically in the past decades. In 1965, 35% of Lebanon was covered by forests; this number has dropped to 13% today, mostly due to forest fires and frenetic building. In April 2016, Lebanon signed the climate change agreement in New York with a promise to reduce its greenhouse gas emissions by 30% conditional to the provisions of international support and by as much as 15% unconditionally, both by 2030. This promise is already on the path to being broken, much like its predecessors that include the National Strategy for Forest Fire Management.

Something has to be done – and quick. Horsh Beirut is currently closed off from the public and the trees inside are being treated, we’re told. But, what about other areas? And is this treatment effective?

What worries me the most is the spread of this disease to an extent where it can no longer be controlled. We’ve seen this kind of crisis mismanagement before, particularly when an area is being eyed for possible development. The most recent example of this is the Ramlet al-Bayda beach, where the seawater was kept conveniently dirty for years, leading many to see ‘salvation’ in the Eden Bay luxury resort, which after its completion will be followed by clean-up efforts and the construction of a pumping station that will transport the wastewater pouring into the sea to a treatment plant further south.

So, will our pine trees follow a similar fate? Will they be left for dead to render affected areas more suitable for quarries or development? Questions that beg an answer.

Welcome to Egypt, where your waiter could be a genius 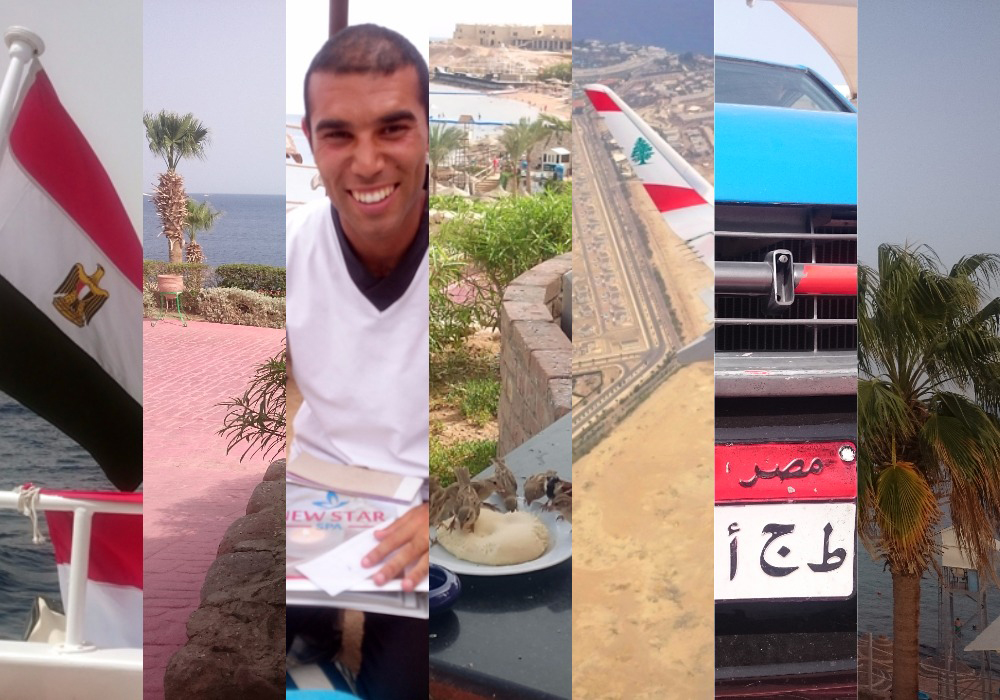