According to recently released independent analyses by NASA and the National Oceanic and Atmospheric Administration (NOAA), Earth’s 2016 surface temperatures were the warmest since modern recordkeeping began in 1880. This makes 2016 not only the most hated year to have passed, but also the third year in a row to set a new record for global average surface temperatures.

But, by just how much has the Earth warmed?

What does this mean for regional temperatures? Beirut?

Not every region on Earth experienced record average temperatures last year, NASA said, but for those that did the change was consistent and at times even shocking. For example, for 48 contiguous United States, 2016 was the second warmest year in record. For the Arctic, it was its warmest year ever with record low sea ice.

As for Beirut, and according to a New York Times interactive chart, temperatures in 2016 were 1.5 degrees above normal. Precipitation was also down by 9″.

The chart takes its info from a database of more than 5,000 cities. It is powered by AccuWeather. About 90 percent recorded annual mean temperatures were found be higher than normal.

So, what about our snow?

Lebanon gets its name from its snow-capped mountains, but according to the latest UNDP report, the snow that gives our country its name may decrease by as much as 40% by 2040 –and that’s being optimistic. If temperatures rise by 2 or 4 degrees, snow periods will be cut by more than half, i.e. from 110 days to just 45.

According to government calculations, Lebanon expects maximum temperatures to rise 1 degree Celsius on the coast and 2C inland by 2040. This is bad news for the country’s iconic Cedar trees, and other species of plants, and animals (humans included). The country also faces rising sea levels and dwindling rainfall. Less snow will hurt groundwater recharge and rivers. Snow melting earlier in spring means less water will be available to farmers for irrigation.

Some 70 percent of Lebanese live on the coast and much of Lebanon’s economy relies on industries that are based there. A rise in sea level could displace over 2 million people, and cause $35 billion’s worth of losses in land, property and infrastructure, as well as result in an incalculable loss in historic and cultural assets, this report says.

Climate change will amplify the country’s water and energy crisis and well as increase the rate of air, sea, and land pollution. Reduced snowfall, hotter summers, and desertification will mean lesser water, as rising sea levels increase the salinity of coastal aquifers, many of which are already polluted due to frenetic extraction methods.

The change in temperature is largely driven by increased carbon dioxide and other human-made emissions into the atmosphere. The obvious solution is to cut down on emissions and replace fossil fuel based industries with renewable energy models. Oil producing Gulf countries have already started to invest in green energy, the UAE and Saudi Arabia included. However, Lebanon is just getting on the fossil fuel extraction bandwagon with cabinet passing two decrees that will start the process. This raises the question: are we moving in the wrong direction? The world is headed toward changing its energy habits and here we are, just getting started on models that are wreaking havoc on our planet.

While Lebanon and other developing countries have contributed very little to global CO2 emissions (in comparison to industrialized nations), it is the Middle East and countries in the Global South that will first feel the impact of climate change. By 2050, and according to this study, we will begin to see massive shortages in our water levels, climate migration and climate-conflict. The goal of limiting global warming to less than two degrees Celsius, agreed at the recent UN climate summit in Paris, will not be sufficient to prevent this scenario.

We need to act fast. Individual changes can make a big difference. These include cutting down on consumption (meat and imported products especially), becoming more conscious on the origin of the things we buy, and of course supporting local products (which reduces the carbon footprint). But, unless this becomes a generally adopted method, it will yield little results. What we need to do aside from making personal changes is to push our representatives to adopt a more proactive, modern line of thinking when it comes to tackling climate change. They need to understand what it is and stop with archaic waste management solutions for starters, and invest in green energy rather than in fossil fuel extraction, because that’s how much of a serious matter this is. We cannot keep ignoring the science. Its up to us to ask those we plan on voting for during the upcoming parliamentary elections to either shape up or ship out.

Sun Jan 29 , 2017
Dalia Freyfer is visually impaired. She lost her eyesight at just 18 years of age. But, she never let that define her or stand in […] 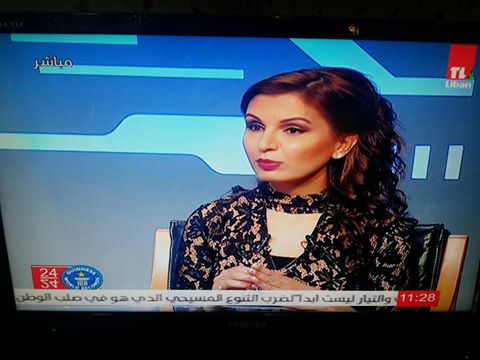