We all read the story of the Syrian brown bear sighting that happened last week. The news was so happily received that it went viral, casting a shadow over others in a matter of minutes. But, while the bear we reported on was spotted in the wild, this one is not.

Meet Baloo, an 18-year-old Syrian brown bear who was rescued from a Lebanese circus. Baloo now lives in a sanctuary, and was thought to be one of two of Lebanon’s only remaining local bears, up until last week’s story emerged.

Baloo doesn’t have any known relatives in the wilderness, friend and environmental journalist Mostapha Raad says in his Newsweek article. He only has a wife, 13-year-old Teddy, who he doesn’t care much for.

Despite the bears living together for 10 years, Baloo and Teddy haven’t produced an offspring. Their caregiver, Dr. Munir Abu Saeed who runs the Aley based sanctuary, Animal Encounter, has tried everything.

The Syrian bear, or Ursus Arctos Syriacus, is native to the Middle East and the Caucasus regions; it is the smaller subspecies of the brown bear. It has made shy appearances in the past across Armenia, Azerbaijan, Georgia, Turkmenistan, Iraq, Iran and Turkey, and is currently flagged red on the endangered animals list with the possibility of going extinct in the near future.

It was first discovered in Lebanon in 1828, somewhere inside Bcharreh’s Makmal Mountain forest. The last time we ever saw one was in 1958.

Baloo and Teddy are well taken care of. But, they’re not alone. At Dr. Abu Saeed’s sanctuary you’ll find 35 different species of wild and endangered animals. They include Lebanon’s national animal, the striped hyena –which is on the brink of extinction due to over hunting fueled by superstitions. You’ll also find jackals, wild cats, foxes, eagles and antelopes, most of which he found hurt or orphaned.

“They have the right to exist and have a chance to live as long as possible away from the hunters’ rifles,” Dr. Abu Saeed tells Newsweek Middle East.

The doctor wishes he could one day release the animals back into the wild, but with rampant hunting, frenetic construction shrinking what remains of the wilderness, and pollution, he knows his dream is a tough one.

The “lack of proper education among the Lebanese about Lebanon’s wildlife and the important role played by each of the animals,” as well the excessive love to hunt, threatens the wellbeing of wild animals, which are being “exterminated” in the country, he laments.

The cost to care for these animals doesn’t come cheap. Apart from daily expenses, Dr. Abu Saeed tours the black market to buy back wild animals.

It’s an uphill battle, but its one he is willing to fight for. He had once hoped that the Ministry of Environment would help preserve the country’s wildlife populations. Instead, forests are shrinking and effective hunting bans are still a matter of low priority– be it legal or illegal.

Just last week, hunters were employed to cull wild bird populations near the Beirut International Airport for fear of bird strikes. The decision angered conservationists, environmentalists and activists who lashed out at authorities for not addressing the root of the problem: the Costa Brava landfill and the Ghadir River estuary –both of which offer sources of food for the birds.

But, with all the demotivation that comes with Lebanon’s growing environmental woes, Dr. Munir pushes on. Although the costs are high, he insists on caring for these wild animals. His activism stems from the belief that all animals should live. He and his wife have been wildlife activists since 1993.

Every donation or act of volunteering helps. If you can, please donate to Animal Encounter. You can find out how by contacting them via their Facebook page.

The world is getting warmer -- and so is Beirut

Tue Jan 24 , 2017
According to recently released independent analyses by NASA and the National Oceanic and Atmospheric Administration (NOAA), Earth’s 2016 surface temperatures were the warmest since modern […] 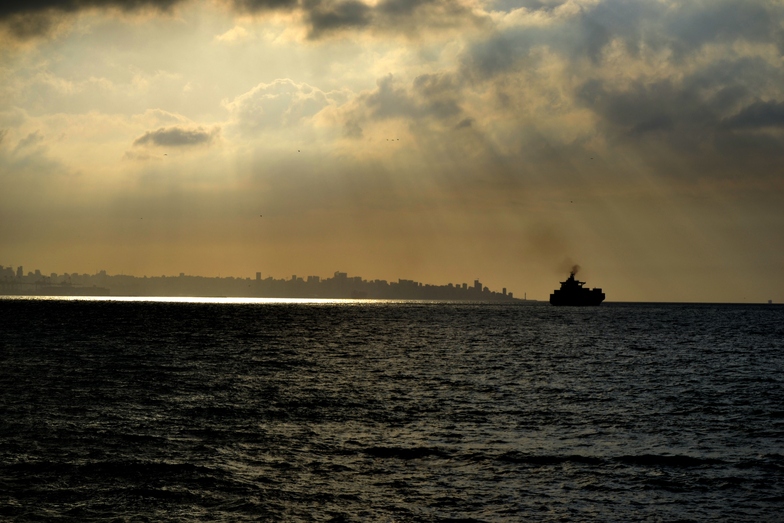