A gathering will be held on Saturday noon to honor the memory of Ghazi Aad, Lebanon’s relentless activist who passed away last month after a battle with illness. The gathering will see the launching of a petition that will be circulated throughout Lebanon, demanding the establishment of a National commission for the Disappeared and a DNA database –a cause to which Ghazi dedicated much of his life.

To those who are unfamiliar, Ghazi Aad was a man who defied all odds. He used a wheelchair, but that never stood in the way of his activism or the cause –one that many have been seeking to bury. He founded SOLIDE (Support of Lebanese in Detention and Exile) in 1990, and worked tirelessly to highlight the plight of so many people who till date have no knowledge of their loved ones lost throughout the (1975 – 1990) civil war and its aftermath. In his words he wanted to “put an end to the agony of the families and retrieve our brothers detained by the Syrian intelligence in Lebanon”.

For years he organized demonstrations, and sit-ins; his organization was among the first to place a tent before ESCWA for the families of the victims of enforced disappearances -a protest tent that remained in place for 11 years. He called for the establishment of a national commission of inquiry and for the mapping of the Lebanese territories to define how many people disappeared during the war. He also called for the establishment of a DNA database to help identify the bones and remains of the bodies found.

He was a fighter; a fierce one at that. He called out regimes, governments, and local militias for their participation in war crimes; for the disappearance of thousands. Many say that had it not been for Ghazi, the cause would have long been forgotten; such was his unwavering dedication. He went on to become a father figure to many of whom no one else would fight for, inspiring others along the way.

Ghazi left us last month, but the flame of the cause must be kept alive. If you believe in the rights of the families of the victims of enforced disappearances, if you believe that we must continue to demand for a cessation to their agony, for a closure to one of the Lebanon’s most painful civil war chapters, please join Ghazi’s friends on Saturday, December 17 at 12 pm, in Gebran Khalil Gebran Garden facing ESCWA, Downtown Beirut. [Event link here]

Ghazi, in his own words.

The glass ceiling is real: Lebanon’s new cabinet only includes one woman

Mon Dec 19 , 2016
A new 30-minister government has been announced under Prime Minister Saad al-Hariri, weeks after the latter was nominated to form the country’s new cabinet. The […] 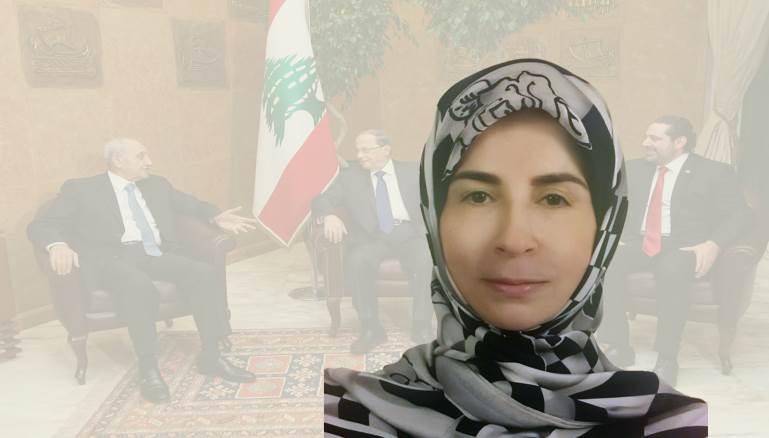