A new 30-minister government has been announced under Prime Minister Saad al-Hariri, weeks after the latter was nominated to form the country’s new cabinet.

The cabinet, which includes only one woman, brings together members of traditional political parties, except the Kataeb, who rejected the minister of state portfolio they were offered.

The new ministers of the “government of entente” are:

– Talal Arslan: Minister of the Displaced

And, introducing the only female member:

– Enaya Ezzeddine who will serve as State Minister for Administrative Development.

The announcement of Lebanon’s cabinet was not seen as a cause for celebration for many, especially in light of the appointment of a man to the country’s first ever ministry for women’s affairs.

Lebanon forms it’s new government – only one woman-4 new ministries: women’s (run by a man)-refugees’- corruption &another for human rights

M2assrine?!??!!? Where r the #women in #Lebanon?!? Political parties role is Shameful! @LBpresidency @saadhariri: #quota of 50% at least!

#Lebanon introduces Minister for Women’s affairs and assigns Mr. Jean Oghassapian as its head. Not a joke. #المرأة #الحكومة #لبنان

But that isn’t the only reason for contempt. The formation of a government is one that will only be alive for a few months up until the next elections. Its main role is to “preserve security against the fires ravaging our region,” PM Hariri told reporters shortly after the announcement was made.

“The government will also work on the preparation of a new electoral law,” he said.

Lebanon is due for parliamentary elections in May 2017, in a much-anticipated vote that will be the first in eight years. The country’s current parliament was elected in 2009 and has twice extended its own mandate over security concerns, and lack of an agreement on an electoral law. So will the new government succeed where others have failed? Will it produce a new electoral law based on proportional representation; one that will see to the participation of more women based on a quota? Only time will tell. But for now, it remains clear that women still face an uphill battle.

This isn’t the first time Lebanon’s cabinet includes only one female member; Alice Chabtini was the last cabinet’s only female minister and holder of the Ministry of Displaced portfolio. In Parliament things aren’t so different, whereby the only female lawmakers are: MP Strida Geagea, MP Gilberte Zouein, MP Nayla Tueni and MP Bahia Hariri.

In the 2009 elections, only 12 women reportedly ran for office. The women whose candidacies were endorsed by what was then the March 14 coalition include Future Movement MP and Minister Bahia Hariri, the sister of the late former Prime Minister Rafik Hariri (who ran for the Saida seat); Strida Taouk Geagea, the wife of Lebanese Forces leader Samir Geagea (who ran in Bcharre); and Nayla Tueni, daughter of slain MP Gebran Tueni (who ran in Beirut I). As for the March 8 coalition, the Free Patriotic Movement’s Gilberte Zouein ran for the Kesrouan seat.

The common point between MPs Geagea, Tueni, and Hariri is one that has so far dictated the participation of women in politics: in order to get in, women almost always have to be related to a man inside. In short, we are always someone’s something, and never our own. Some women even give up their seats for their sons in ultimate motherly fashion (which is highly approved by society) as was the case with Solange Gemayel, the widow of former President Bachir Gemayel, who stepped out of the race in favor of her son Nadim; and Nayla Mouawad, who had in the past made it in to every parliament since her appointment in 1991 following the assassination of her husband, then-President Rene Mouawad, but who too gave way for her son, Michel, who ran for a seat in the Zgharta district.

“It’s as [though] they were keeping the seats warm for their sons,” Lina Abou Habib, executive director of the Lebanese Collective for Research and Training on Development Action (CRTDA), said in 2009.

But things haven’t really changed since then. Although there are many campaigns calling on women to participate in politics, real effective measures to change personal status laws that govern marriage, inheritance, divorce and other issues that contribute to societal inequality, and which in turn deter women’s participation, are uninspiring at best and ineffective at worst. A recent example is the debate over article 522 of the Lebanese penal code, also known as Lebanon’s ‘rape law’, which is currently being led by a legislative panel composed strictly of men. Women are not being consulted, neither by law, nor by vote. We are not part of the conversation. An addendum, our participation in political life is being impeded by cultural and societal burdens that are constantly being reinforced by a sexist media, which favors and rewards certain stereotypes with airtime. These include the beautiful, the objectified, or the victimized. It is a rarity to see women speaking their minds in an empowering, unscripted, uncensored fashion the way men do in media without backlash. So, is it enough to push campaigns calling on women to run for office without so much as freeing them from the obstacles they face along the road? Certainly not. In order to have more women in politics, the laws that make of us “the other of the other” must change; the glass ceiling must first be acknowledged before it is broken.

Thu Dec 22 , 2016
On Wednesday the story of infamous YouTuber Adam Saleh being kicked off a plane for allegedly speaking Arabic went viral, flooding our timelines with condemnations […] 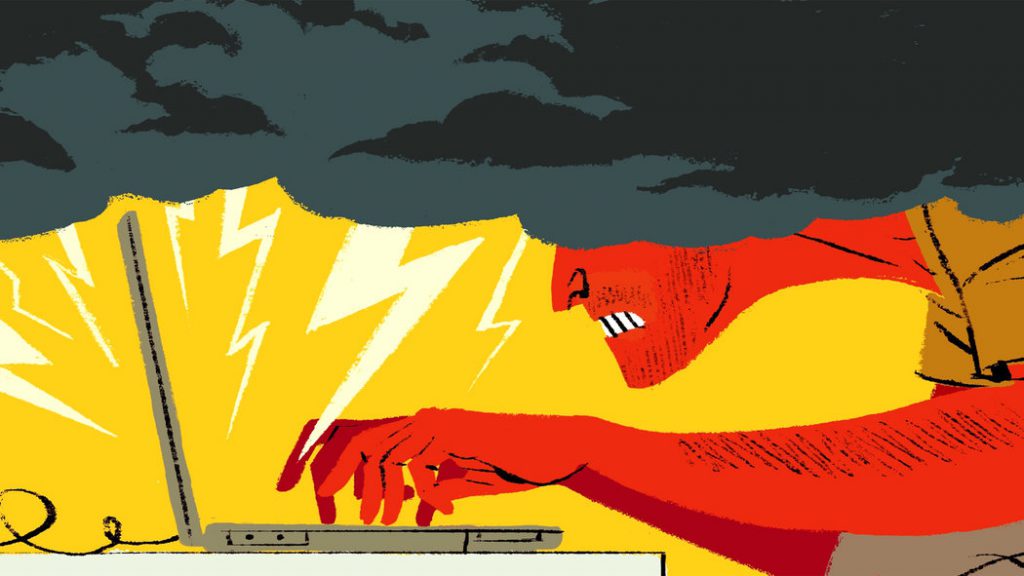