The internet is furious – this after a Moroccan state television channel aired a segment recently showing women how to cover bruises caused by domestic violence using make-up.

In the segment broadcast on Morocco’s Channel 2M’s “Sabahiyat” on November 23rd, just two days ahead of the International Day for the Elimination of Violence Against Women, a makeup artist stands over a woman lying in an arm chair wearing theatrical make-up to show a swollen and bruised face. The presenter/makeup artist then uses make-up to conceal the black and blue marks.

I watched the entire segment, hoping that it would turn out to be some sort of a comic skit, or a weird attempt at an awareness campaign. At a time when fake news articles are rampant, stories as ludicrous as this are often times revealed to be inaccurate at best or untrue at worst.  After running a few checks, I learned that this was indeed aired, and that the channel in question has since apologized for the segment, which it described as “inappropriate and has an editorial error of judgment in view of the sensitivity and the gravity of the subject of violence against women [sic].”

Though an apology was issued, the program is still in the line of social media fire. A petition calling for the watchdog HACA to take action is currently circulating, and has till date garnered 1,400 signatures.

“As Moroccan women and as feminist activists in Morocco, and in the name of all Moroccan people, we denounce the message of normalization with violence against women. We demand severe sanctions against this show, “Sabahiyat”, and the channel 2M.

We encourage signatories to contact the High Authority of Audiovisual Communication (HACA), demanding they take action against 2M and Sabahiyat. A full list of phone numbers and email address is available here: HACA

Do not cover domestic violence with makeup, condemn the aggressor! #ضرب_مها”

In response, Lilia Mouline, the makeup expert who hosted the “Sabahiyat” show in question told Yabiladi, according to Morocco World News, that “in no way are we endorsing [domestic violence].”

“We are here to provide solutions to these women who, for a period of 2 to 3 weeks, are putting their social life aside while their wounds heal. These women have already been subjected to moral humiliation and do not need to also have others looking at them, [sic]” Mouline adds.

“Makeup, allows women to continue to live normally while waiting for justice.”

Though the reaction is fair, can we honestly say that this societal compulsion to cover up abuse and/or deflect blame, is strictly Moroccan? Not at all. Patriarchal societies, like the one we live in, teach young girls and women to speak only when spoken to; to never raise their fists in anger in fear of societal shame and blame. An addendum, our televisions, our radios, our websites (etc.) are full of material that objectify women, and depict abuse, for ratings. Can we forget how the infamous alleged Tripoli gang rape case of a young girl was unprofessionally handled by our media not so long ago? Or that time when women were partially blamed for rape by an established politician? How about the fact that countless women are lost to domestic violence due to societal pressure and a lackluster system that does not encourage them to speak out?

This isn’t limited to the news, the system, or to tradition. This is also about how such norms are continuously reinforced in modern media. Take the highly popular local and Turkish television series broadcast on almost every channel, and you’ll notice that in almost every show there are repeated story lines that focus on women being abused, hit, raped, kidnapped, or maimed waiting on their “prince” to save them in a typically patriarchal fashion. It’s either that or they’re villains. It’s a rarity to encounter a series with a strong, independent female lead that would blow the whistle and stand up for her rights. An example of the “silent, good” woman was clearly portrayed in local television series “Cello,” where the female protagonist returns to her arguably abusive husband at the series’ end, much to the disappointment of many viewers.

“In one of the 46-second spot, the main male character is at the center of the frame surrounded by women and is portrayed as the powerful alfa [sic] male all women want to serve and please. It is also notable that only the two male characters speak as the rest of the females simply strut their stuff, which may also be intentional and in-line with the French saying, “Sois belle et tais-toi!” – Rana Bou Saada

While it’s been said that we get the media we deserve; that the shows we consume and journalism we see is a reflection of a business structure that is based on the decision of audiences, and though that may be true, this profit over ethics approach encumbers the popularization of alternative narratives that represent women as strong and independent figures fighting for equality in society; fighting taboo.

To close off this blog post I would like to share such an example. This is the story of a local activist who triumphed against the odds, and has now become one of the leading voices against domestic violence. Nadine Jouny’s story deserves to be shared since she encourages women to speak out rather than cover up.

If you know someone who is being abused, encourage them to speak out. It’s the only we can change this deadly culture of silence.

The rains are here and Lebanon’s needy require our help

Wed Nov 30 , 2016
The season’s first storms have arrived after an exceptionally long and dry summer that saw countless forest fires scorching swathes of green woodlands. Though these […] 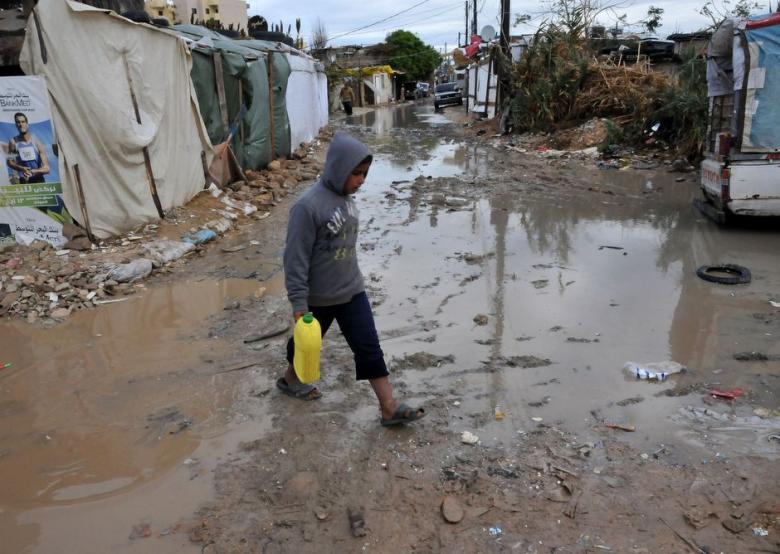