Thousands of men, women, and children of all ages made their way to the Baabda Presidential Palace on Sunday where newly appointed President Michel Aoun addressed an ecstatic crowd just days after his election.

In his speech, Aoun reiterated his commitment to a strong Lebanese state; one that “would no longer be linked to any other foreign country.”

“A strong nation needs a strong state to run it and a strong state is built according to a Constitution that is respected equally by all politicians,” Aoun said.

“The presidency was not the goal, the goal is to rebuild Lebanon … We have reached the presidency carrying developmental projects: the provision of water, electricity, and infrastructure … Corruption will be uprooted and the environment will once again be clean,” he vowed.

A large banner reading “House of the People” had been erected on the palace grounds under which crowds cheered and waved Lebanese flags.

Though unfamiliar within a strictly presidential context, support rallies have been running since Aoun’s election. Last Thursday, Future Movement partisans and supporters celebrated the appointment of party leader Saad Hariri as Lebanon’s new prime minister. To the sounds of fireworks, dabke, and music, and under party flags and banners, people in the northern city of Tripoli, the southern city of Sidon, Beirut’s Tariq al-Jdideh, and the Bekaa’s Taanayel and Rashaya welcomed the latest designation with renewed hope in a better future.

Thursday’s celebrations also mirrored those of a few days earlier, when the founder of the Free Patriotic Movement Michel Aoun was elected as the country’s 13th president, ending a two and half year vacuum. Those celebrations saw the coming together of several parties that were once fierce enemies.

But the joys shared among partisans, is nowhere to be found among non-partisans, and many youths who participated in mass anti-government protests in 2015; to them the election of Michel Aoun and the subsequent designation of Hariri came at the expense of true democracy by means of an “unconstitutional parliament.”

As political blogger 22-year-old Ramez Dagher points out, Lebanon’s democracy is a sham; the Parliament, whose term was extended two times with the arguably covert endorsement of the Constitutional Council is, well, “unconstitutional“ – a sentiment shared by many activists who protested the extension, not once but twice.

“There is nothing democratic about the 2016 Lebanese presidential election. The president will stay till 2022, and was elected by the parliament of 2009. Everyone who wasn’t 21 at the time didn’t participate in the electoral process, and that means that anyone aged 33 or less would have had no say about who rules from Baabda Palace in 2022. And even those who indirectly elected the president by electing in 2009 the parliament that chose him, they picked their representatives in a completely different context: They voted for one of two coalitions that were completely different at the time, in a completely different regional and local context: There was no Syrian Civil War at the time, no Arab Spring, no ISIS. Hezbollah was still fighting Israel, not fighting Israel and in Syria. March 8 and March 14 had only tried to rule together once, between 2008 and 2009, not three times (2008-2009, 2009-2011, 2014-2016). There was no trash crisis, no garbage protests, no alternative political group back then.” – Ramez Dagher, Moulahazat

Dagher has a point. All these factors, and more, were not present during the last elections that were held in 2009 under the 1960s electoral law; a voting parameter seen as outdated and one that secures certain number of seats for contending political parties. But is the parliament really unconstitutional? The answer is the stuff of legislative nightmares. Here’s why:

The 128-member parliament, now occupied by the unchanged MPs of 2009, was due for an election in June 2013, but failure to agree on a new electoral law led to a postponement of the polls until November 20, 2014. Parliament’s term was extended once again in November, 2014, for an additional two years and seven months, under the pretext of security concerns, leading to protests and vocal opposition by civil society activists.

Not all MPs agreed to the extension; in fact the Free Patriotic Movement’s Change and Reform Bloc, which falls under the newly elected president’s influence, boycotted both parliamentary sessions, and subsequently presented petitions to the Constitutional Council. They were not alone; during the first extension, then President Michel Sleiman too challenged the draft-law; during the second the Kataeb also boycotted the session alongside other MPs.

On the first occasion, a boycott by three members of the (half Muslim, half Christian) Constitutional Council was put into effect, and quorum was never secured. According to An-Nahar and Al-Akhbar, the council’s two Shiite and one Druze member boycotted the session as per a political agreement between Speaker Nabih Berri and Progressive Socialist Party leader MP Walid Joumblatt to prevent the appeals from being reviewed or approved. This worked in favor of the extension of the Parliament’s mandate, legitimizing the postponement of the elections.

In the aftermath of said declaration, many criticized Aoun’s bloc for remaining in power, both legislative and executive, after presenting the challenges and failing. But, what is viewed as hypocrisy by some, is seen as pragmatism by others; pragmatism that ultimately led to the election of Aoun as president after a two and a half year vacuum, 46 sessions, and countless internal crises including that of the infamous waste management, which sparked the summer 2015 protests.

So what does this mean for the young now?

Not much it seems, Dagher says: “Our democracy was stolen, and the biggest proof is that our political class no longer abides by the Constitution.” His viewpoints are shared by a minority; one that arguably succeeded in challenging the political landscape during the 2015 anti-government protests and the 2016 municipal elections, but one that has yet to present tangible results. Although newly formed youth based parties like Beirut Madinati did not win any seats in the recent municipal elections, Dagher hopes they, or any other new group, will manage a breakthrough in the coming parliamentary elections.

But not everyone is excited about new movements; in fact a major segment of Lebanon’s young voters are politically affiliated by way of association and/or tradition. Supporters are born and raised in their party. Their affiliation seems to be part of their identity rather than a choice to be made after reflection. These predetermined leanings continue to secure the victory of many political groups, especially within the context of youth polls that include university student elections.

Student elections are a microcosm of Lebanon’s political reality. Political parties throw their weight in these elections as they are seen as a representation of votes to come in parliamentary and municipal elections. “Results influence how other students in other universities vote … it’s another battlefront that allows parties to assess support and representation.” – Azza el-Masri on student elections, Newsroom Nomad

Alternative political groups are still relatively new on the ground and have yet to take a dip in the tumultuous waters of domestic politics. Their programs have also been deemed too lofty; too far removed from the precarious reality of the country.

Many of the elite supported Beirut Madinati as a catch-all movement against the ruling class … capitalists were voting for a platform that promised “guaranteed cheap housing” despite knowing in the depth of their hearts that there cannot be such a thing without other market-distorting measures like rent-control or price fixing … The future Beirut Madinati will compete in a much more difficult environment, where politicians are prepared, where the trash will be gone, where people will be scrutinizing the details more carefully. In other words, they will need a much bigger effort to achieve the same results. – Mustapha Hamoui, Beirut Spring

At the onset of the 2015 protests, I joined the ranks of several youths to voice my discontent at a stagnant political system that left people living among piles of rotting trash. As a journalist I covered the events, and as a citizen I too chanted anti-government slogans. But it was only a few weeks later that I realized the errors of my ways as the demands became less about the trash and more about the rejection of political partisans; a rejection that reinforced the echo-chamber, gave way to counterattacks, and eventually led to the fragmentation of youth movements.

This disintegration came to benefit the then ruling government as people who joined the movements as members of political parties were booed and humiliated out of the “revolution” and back into their closed circles; a pattern that continues on social media today.

Political purity is partly to blame; a notion that not only is self-contradictory, but is tantamount to self-annihilation. To remain popular among the youth population, is to remain true to one’s ideals, but it is also to remain unelected and disenfranchised. If elevated to public office, the members of Beirut Madinati, or other groups hoping to enter the political game, will eventually have to govern. To govern, however, is essentially to compromise. If newly elected MPs find themselves in Parliament, they will have to operate through the same official channels employed by their predecessors. They will have to deal with the same corruption, at times looking the other way so that their projects can at least get partially executed. They will have to succumb to pressures from the highest authorities of the land, and we know how corrupt these authorities can be. Its either that, or they will have to settle for being the voice of a youth opposition; one that would not only have to challenge traditional parties in an uphill battle, but one that would have to compete for the opposition title alongside other political groups, namely House Speaker Nabih Berri’s Amal Movement.

So is this the end of the road for young non-partisans? Certainly not. It is time to regroup and rethink? It certainly is. Within the context of partisan fidelity, new groups seem less likely to succeed given their inexperience and a holier than thou political purity, which turned many partisans from friends and allies to foes during last year’s protests. The upcoming elections will give us a broader idea of what’s to come, but until then here’s hoping the young remain hopeful in change and in democracy, but most importantly in the power of dialogue. Our youths must find a way to connect, and to agree to disagree without reinforcing division, without othering, and certainly without dehumanizing partisans.

Wed Nov 9 , 2016
It was right after the Democratic National Committee nominated Hillary Clinton that two friends and I sat out on my balcony to escape the summer […] 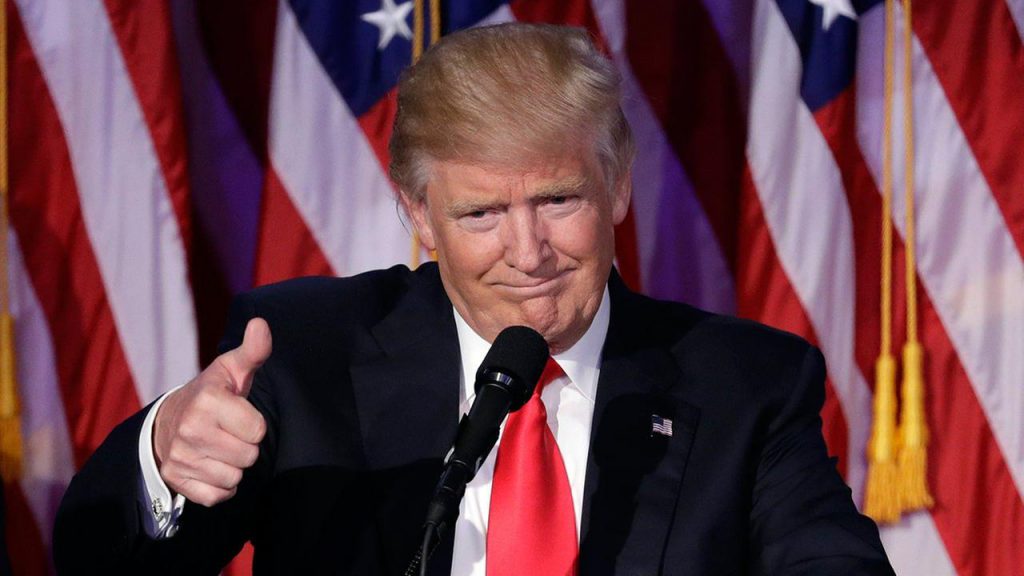