It was right after the Democratic National Committee nominated Hillary Clinton that two friends and I sat out on my balcony to escape the summer heat. It was also on that evening that we discussed the seething state of American politics; Bernie Sander’s defeat; and the prospects of a Clinton victory.

Though outside our power and control, we, as avid political observers, felt particularly concerned with what the results would mean to the world in general and to the Middle East in specific. One of the two, who also happens to be a Lebanese-American and who went through great lengths to vote, felt confident that Clinton would make it.

“As much as I dislike Clinton, there is no way, no possibility that Trump could ever win,” she said. A self-described progressive and Bernie supporter, she of course echoed the feelings of a vast majority of other politically outspoken liberals who felt disenfranchised and cornered by the DNC’s endorsement.

Her sentiments were equally shared by our mutual friend, who conceded that a Trump victory was simply too preposterous a possibility; too outlandish.

“Clinton’s victory is a done deal,” he said, a notion repeatedly echoed by the liberal media machine all throughout the campaign.

I, on the other hand, felt differently. I had seen firsthand the consequences of overly biased media and its effect on popular opinion. I had also written extensively about the echo-chamber: a space in which information or ideas are amplified and repeated inside an enclosed system, where different or competing views are censored, disallowed, or otherwise underrepresented.

But first, let’s be clear. By media, I don’t only mean the news outlets, the pundits, the websites, or the newspapers; I mean us, the consumers, the social media users, and what I like to call the opinion boomerangs or sharers.

When Bernie Sanders lost the DNC nomination, myriad outlets jumped on the Clinton bandwagon. She was deemed the lesser of two evils, received countless newspaper endorsements, and succeeded in taking over our social media feeds as “the most qualified candidate and woman to compete in the race.”

Subsequently, many liberals of the social media sphere made it their mission to support Clinton against Trump, because to them that was a vote against xenophobia, racism and sexism. This media paradigm created the tale of a divided America – those who were “liberal” and “more educated” vs the “bigots”, the “rednecks”. Opinion polls –an outdated and ineffective system that is as reliable as Liban Post– also mislead a majority of voters into believing Clinton’s victory was a safe bet.

But while liberals felt safe in the space of thinking that everybody else felt the same way based on social media feeds, the reality could not have been more shocking. Outside the echo-chamber, the comfort zone, where everyone agrees with one another, stood the “others”: those deemed by liberal media as the “poor”, the “downtrodden,” the “dangerous idiots.”

In October, Sarah Smarsh, a journalist and essayist covering socioeconomic class in the US penned a powerful article titled: “Dangerous idiots: how the liberal media elite failed working-class Americans”. In it she argued that the majority of Trump supporters are not the caricatures journalists depict, but are in fact, more affluent than most Americans with forty-four percent having college degrees.

Of course, these weren’t the images we were receiving. Most Trump supporters, as portrayed by liberal media, were poor, hateful, xenophobic, sexists screaming vitriol next to Confederate flags.

Why? Because most journalists aren’t really blue collar, she said. In fact the very few who are have a lesser chance at surviving the industry. Take it from someone who, like Smarsh, is fighting an uphill battle.

“Few people born to deprivation end up working in newsrooms or publishing books … The classism of cable-news hosts merely reflects the classism of privileged America in general. It’s everywhere, from tweets describing Trump voters as inbred hillbillies to a Democratic campaign platform that didn’t bother with a specific anti-poverty platform until a month out from the general election.

“In seeking to explain Trump’s appeal, proportionate media coverage would require more stories about the racism and misogyny among white Trump supporters in tony suburbs. Or, if we’re examining economically driven bitterness among the working class, stories about the Democratic lawmakers who in recent decades ended welfare as we knew it, hopped in the sack with Wall Street and forgot American labor in their global trade agreements … But, for national media outlets comprised largely of middle- and upper-class liberals, that would mean looking their own class in the face.”

Smarsh also lamented the state of the media that rendered many voters invisible. “One-dimensional stereotypes fester where journalism fails to tread,” she said. In other words it renders honest, hard-working people invisible and makes them angry.

“If you would stereotype a group of people by presuming to guess their politics or deeming them inferior to yourself – say, the ones who worked third shift on a Boeing floor while others flew to Mexico during spring break; the ones who mopped a McDonald’s bathroom while others argued about the minimum wage on Twitter; the ones who cleaned out their lockers at a defunct Pabst factory while others drank craft beer at trendy bars; the ones who came back from the Middle East in caskets while others wrote op-eds about foreign policy – then consider that you might have more in common with Trump than you would like to admit.”

Similarly, author Thomas Frank published a brave piece today titled: “Donald Trump is moving to the White House, and liberals put him there.” In it he reasons along the same lines as Smarsh.

“The fourth estate came together in an unprecedented professional consensus. They chose insulting the other side over trying to understand what motivated them. They transformed opinion writing into a vehicle for high moral boasting. What could possibly have gone wrong with such an approach?

“The American white-collar class just spent the year rallying around a super-competent professional (who really wasn’t all that competent) and either insulting or silencing everyone who didn’t accept their assessment. And then they lost. Maybe it’s time to consider whether there’s something about shrill self-righteousness, shouted from a position of high social status, that turns people away.”

So what does this have to do with Lebanon, one may ask, and why am I even bothering with this piece? Moreover, why did I foresee Trump’s victory? Well, the answer is simple, throughout the past year a rather disturbing phenomenon took over our media landscape. Like many Trump supporters, Lebanese partisans and all those who did not fit the liberal mold were classified as cognitively challenged; as inferiors; as “sheep”. This rhetoric, which was shamefully normalized during the 2015 anti-government protests, led many partisans who took to the streets back into their closed circles; a space where not only were they accepted, but valued.

It is for this reason that many party supporters rejoiced at the latest developments that saw the return of power and prestige to many traditional political parties with the election of Michel Aoun as president and the designation of Saad Hariri as Prime Minister. It is also why many now resent popular movements. A coincidence? I think not.

Verbal attacks trigger the limbic system just like real physical danger, putting people in a “flight or fight” mode. The more one attacks, the further people with a different mindset are pushed. This is in large part what happened with the American “silent majority”, and this is also what is currently happening in Lebanon today.

Misinformation in the age of virality, the supermoon, and the US presidential election

Tue Nov 15 , 2016
Misinformation is the new information; so blatant that the media is currently now being blamed for changing the course of the entire American presidential election […] 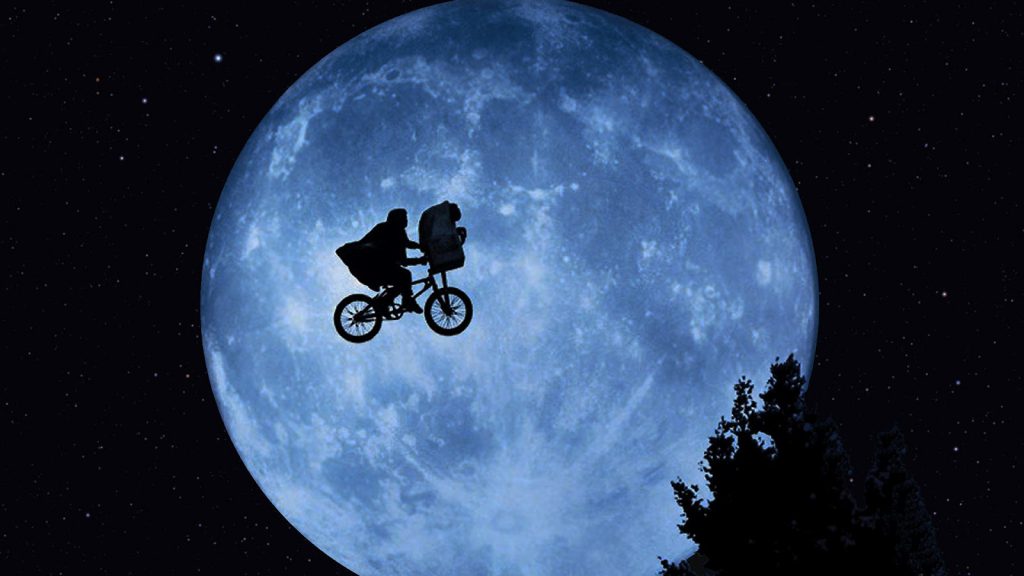