“There are certain places, and certain times where [we must ask] what role women play in leading men to rape.” With this shocking statement, Lebanese MP Elie Marouni countered questions directed at him during a conference organized by the Lebanese Women Democratic Gathering (RDFL) on Wednesday, according to a report by LBCI.

The conference, whose aim was to shed light on the status of Lebanese women’s rights in Lebanon, quickly turned into a heated debate marred with accusations of ignorance towards feminist activist and journalist Hayat Hala Mirshad, whom according to Marouni “does not realize the current state of affairs in the country.”

Mirshad, who had also asked a question related to the citizenship law and the right of Lebanese women to pass down their nationality to their children received this answer:

“In the committee tasked with addressing the citizenship law regarding women’s rights to pass down their nationality to their children, we fought … But it seems you do not follow, and hence do not realize in what country we live … You forget that there are 1 million Palestinians and 2 million Syrians who are marrying Lebanese women,” Marouni said.

It wasn’t long before the MP received a reaction, whereby Mirshad stated that she was “ashamed to be represented by men like him in parliament” –a statement, which rather seemed to shock Marouni and fellow MP Elie Kayrouz who was present by his side, leading the former to say: “I am a defender of women’s rights, always have been, and to [the woman] who expressed her embarrassment, perhaps we should give her a burka to stop her from feeling ashamed.”

In a follow up report by LBCI, both Mirshad and Marouni were asked to comment, but rather than apologize, the latter stood by his argument, adding that it was Mirshad who had offended him. He also said that he does not “know her nor does he wish to acknowledge her” –othering all those who do not agree with him in the process.

“Had she stayed till the end of the conference, she would have seen that all the women present there came to have their photos taken with me.”

In response, Mirshad stated that the MP should have been more responsible with his rhetoric, since it “offends all Lebanese women.” The RDFL has in turn sent a letter of complaint to MP Sami Gemayel, head of the Kataeb Party, to which Marouni belongs. Gemayel, and in a post on his official Facebook page, reiterated his party’s support to women’s rights, saying, “to prevent any minterpretation, we [the Kataeb] affirm that rape is a crime whose responsibility falls solely on the rapist.”

In a talk with An-Nahar newspaper on Friday, Marouni said that his speech was taken out of context and that he may file charges if original transcripts of his speech and uncut footage are not released.

There is no shortage of things to be frustrated about in Lebanon, particularly when it comes to the state of women’s rights in the country, activists often lament. But for Lebanese MP Elie Marouni, according to Mirshad, it seems the law, is only in need of some amendments rather than complete abolishment, particularly article 522 of the Lebanese penal code, which stipulates that authorities “shall not pursue or prosecute a rapist, and will cancel the sentence of a convicted rapist if he marries the woman he raped”.

As for the citizenship act, Lebanese women are still prevented from passing down their nationality under a 91-year-old law issued in 1925 under the French mandate, which states that a person is only considered Lebanese if born to a Lebanese father. Proponents argue that if women were to gain nationality rights, it would prove precarious to the “delicate demographic balance” in Lebanon.  Muslims would further outnumber Christians, threatening the existence of Christians in Lebanon in light of the refugee crisis; an argument opponents refute by saying that it renews guise of male privilege.

“The first guise used to dress-up male privilege is the rejection of naturalization found in the Constitution’s Preamble. The argument is that abolishing the discrimination will lead to the naturalization of people born to Lebanese mothers and Palestinian husbands, and hence be used as a cover for (and a ploy to achieve) naturalization. The aim of linking the maintaining of discrimination in this area with the rejection of naturalization is to give the former constitutional force that matches the [constitutional] force of the principle of equality between Lebanese citizens. This proposition was included in the draft bill that former minister of interior Ziyad Baroud submitted to the Council of Ministers in May 2009. In this draft, Baroud left the Council of Ministers a choice between two courses: on one hand, it could recognize a mother’s right to give her children her nationality without discrimination, thus upholding the principle of equality between citizens; on the other hand, it could recognize this right but exclude women married to men who lack the nationality of a recognized state, thus upholding another constitutional principle –the rejection of naturalization– and preventing its circumvention,” co-founder and executive director of The Legal Agenda Lawyer Nizar Shaghieh writes.

For those who are unfamiliar with the term “othering”, it is any action by which an individual or group becomes mentally compartmentalized as being “not one of us.” In terms of gender equality, women who compose 50% of the Lebanese population, are often classified as the “others”. This is also flagrant in political partisanship.

“If you’re not with us, you’re against us”; this is the simple heuristic often used in determining whether someone is part of their tribe or not. If you are, then you can be expected to toe the line in certain ways if you don’t want to be ejected; if you’re not, you can be dismissed and hated as an “other”, the enemy.

This was the main dynamic at play in Marouni’s argument. Mirshad failed to comply; to act a certain way. She was not “proper” in addressing her concerns, granting Marouni the right to a rebuttal that can fairly be described as both xenophobic and sexist. Marouni’s statements reflect a pattern that promotes “otherness” in Lebanon; a trend that serves political partisanship and impedes legislation.

In any civilized nation in the Western world –a reference used by many lawmakers in terms of comparing the liberties of Lebanese women to those in Arab nations- Marouni’s statements would be enough to depose him. But seeing how many women and men present in the conference remained silent, so as to not be “othered”, it may be a long time before justice of the sort is served.

Women continue to face discrimination in law and in practice, particularly in relation to family matters including divorce, child custody and inheritance. Lebanese women married to foreign nationals remain barred from passing on their nationality to their children. In comparison, the same restriction does not apply to Lebanese men married to foreign nationals. Authorities have failed to criminalize marital rape or gender-based violence outside the home. Above all that, women are asked to remain “in line” when asking for their rights.

Kfarabida: The invaluable sea, the wounds of war, and development

Thu Sep 15 , 2016
Many of you have heard of the endeavored usurpation of the Kfarabida beach by now. In fact the Newsroom Nomad has mentioned it quite a […] 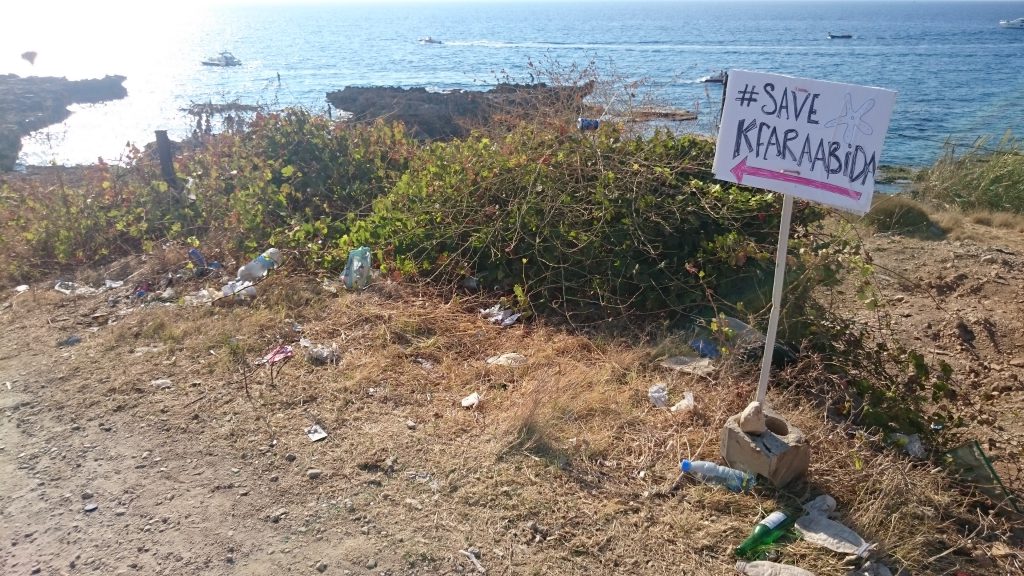