Thousands of Native Americans are currently engaged in massive protests against the North Dakota Access Pipeline (DAPL) in what is being called the largest gathering of First Nations tribes in over a century. These under-reported protests, which have been going on for the past months near the Standing Rock Sioux Reservation, have resulted in a temporary construction halt of the $3.8 Billion project.

The company involved, Energy Transfer, ceased construction works ahead of an upcoming hearing in Federal Court where the Standing Rock Sioux tribe will challenge the U.S. Army Corps of Engineers to withdraw its approval of the project. Other demands that include a full environmental impact assessment, a recognition of lack of communication with tribes over the past several months, and an assessment of the potential effect on cultural historical sites (including native burial grounds), were also made.

Demonstrations continue today, and despite the dozens of arrests and attacks, they are only gaining traction and are being compared to the Pine Ridge Reservation standoff of 1973, which lead to the arrest of Leonard Peltier; a Native American activist who remains incarcerated despite lack of direct evidence and a fair trial. A state of emergency has even been declared in the wake of violent occurrences over the weekend, which saw the use of pepper spray and attack dogs against peaceful protesters by construction crews. Authorities have also removed the camp’s water supply. In addition, Presidential hopeful Jill Stein, who joined protesters in North Dakota, is now facing vandalism charges for spray painting pipeline equipment. Regardless, people continue to flock to the protest camp site in a show of solidarity for the Sioux Nation.

The 1,172-mile pipeline that will transfer up to 570,00 barrels of crude oil per day from the North Dakota Bakken region through South Dakota and Iowa into Illinois, is seen as a grave hazard to local populations, and Natives fear it will pollute the waters and desecrate sacred lands and burial grounds.

The DAPL, also referred to as the Bakken pipeline, would cross the Missouri River less than a mile away from the Standing Rock Reservation that stands in North and South Dakota. The Missouri River, one of the largest water resources in the U.S., provides drinking water for millions of people.

“Why is this such an important fight to you?” Amy Goodman of Democracy Now asks one protester, to which he answers: “Because, water is life. Like I said, without water we wouldn’t be here, these plants wouldn’t be here, there’d be no oxygen, we’d all die without it. I wish they’d open their eyes and have a heart to realize you know if this happens, we’re not going to be the only ones that’s gonna suffer, they’re gonna suffer too.”

“No one owns this land! This land belongs to the earth. We’re only caretakers. We’re caretakers of the earth!” another one says.

Construction of the pipeline continues elsewhere and is still expected to be done by the end of the year. If completed, the pipeline will carry hundreds of thousands of barrels of oil a day and benefit oil companies. But it will cut beneath the Missouri River; a source of drinking water for millions who live downstream, and one of the largest aquifers in the world. It will also cross sacred treaty lands belonging to Native Americans.

The indigenous peoples of America have suffered various forms of abuse, genocide, and discrimination ever since they were “discovered” by settlers, but for 500 hundred years they have endured and persevered. Native American reservations are among the poorest communities in the United States; a reality which the government would like to sustain according to this Forbes article. They are also among the most fractured, divided, and deprived, with mental illnesses, most notably depression, on the rise among various reservation populations.

But what does that have to do with us, the Lebanese? Where do we fit in all of this? As I continue to keep a watchful eye over what is currently unfolding in the U.S. I cannot help but see the similarities in terms of what is happening back home. Like the Natives, the Lebanese are facing corruption and a government that does not honor its lands; like the Natives, we carry trauma and are accused of being inferior, unable of self-governance; like the Natives, many Lebanese are being forced off their lands in search of better opportunities and employment; like the Natives, we have a history with occupation, despondency, division and internal warfare (after all, they fought against the settlers but they also fought among themselves, sometimes siding with colonists against “old enemies”. Some were enslaved, while others like the Creek and Choctaw were slaveholders).

Perhaps this stems from a hardwired set of beliefs that the Natives are renowned for, even when huge sums of money and employment opportunities are involved. “The Earth, the sky and rivers, cannot be divided. They do not belong to man.”

As for us Lebanese, we are a proud people. We boast of achievements not of our making; of history, and Phoenician conquests. We speak of our resilience, of our perseverance and triumphs; of the largest hummos and tabbouleh plates. But not once in our recent history have we demonstrated true willpower, true unity. On the contrary, we have fought and killed one another in the name of religion and country. We continue to do so today, only we have traded our guns for indifference.

Perhaps it is the overwhelming feeling of depression. Perhaps, with the rise of unemployment, people are mainly concerned with making ends meet. In a country as volatile as ours, we carry the trauma of civil war; trauma that allows for greed and a survivalist creed, permitting us to compartmentalize people and problems, regions and religions, “us” vs “them.”

“If it’s not in our area, then it’s none of our concern,” we tell ourselves, but when it does happen in ours many stand silent for fear of retribution, or worse for fear of persecution from those near and far. Indifference and helplessness reign supreme.

For a brief moment in time, the protests of the summer of 2015 provided a brief glimmer of hope, but even now with the return of the garbage crisis, and with endless violations to our natural resources and environment, many of us today stand silent, limiting our outrage to the online world. Distrust in civil society groups, in each other, and in ourselves has once again become the mainstream. Only a select few remain on the ground.

Over the weekend the good people of Ain Darah took to the streets to voice their rejection once again to a mega cement factory in the region. They were joined by the Zahle/Qab Elias scout troops and the coverage was limited to live video feeds published on the town’s Facebook page and a few short reports. The cement factory, which was approved by the Environment Ministry and the Ministry of Industry, is owned by Pierre Fattouch, the brother of MP Nicholas Fattouch. Fattouch reportedly received the green light for the Ain Darah cement factory after his permit for a Zahle based plant was revoked. Agriculture Minister Akram Chehayeb has voiced his rejection to the Chouf based cement factory several times but in contrast has failed to resolve the long-standing garbage crisis.

Similarly in Bourj Hammoud, environmental groups, local residents and Kataeb partisans have been protesting for weeks over the proposed landfill in the area. Although protests have been limited to a handful of people, they have resulted in the resurfacing of the garbage crisis, albeit on a smaller scale, prompting renewed efforts by officials and a recent agreement between Agriculture Minister Akram Chehayeb and the Free Patriotic Movement for the establishment of a regulatory body to oversee the implementation of the Cabinet’s four-year trash plan.

Kfaraabida
In a decision pending execution since 2007, the Lebanese Cabinet approved the privatization of a large section of Kfarabida’s beach –known for its biodiversity and environmental significance. The Cabinet’s approval, marred with corruption and bribery, has sparked outrage amid local environmental groups who are now organizing a protest for September 10. Kfarabida is one of Lebanon’s most prized seaside havens whose waters are renowned for being among the only few remaining clean spots in the country.

The above are only a few examples of the rising environmental problems in the country. The pollution of the Litani River and Lake Qaraoun, the lack of response to a myriad forest fires that have become long ignored news pieces, the deforestation of large swathes of trees in Qobayat; these are only details to the country’s ruling elite and to many people.

But, although protests have been small and contained, they have been effective, which begs the question: Why aren’t they gaining traction the way Standing Rock is? Is it too late for us to reconnect to our ancestral heritage and love for the earth and the land? Have we forgotten that we were all once peasants and farmers, whom through unity, overthrew lords and occupiers? Or are we only looking for quick fixes, instant gratification and glorification?

Change needs work; it is a painstakingly long process, so perhaps it is time for us to examine the reasons behind our stagnation and look into why we have abandoned ourselves, and our lands, to others. Perhaps it is time to look to the Natives for inspiration; for humility and unity. Considering the rise of environmental problems in Lebanon and the imminent threat of climate change (one we are clearly ill prepared for) we need a massive awakening if we are to survive.

This is part 1 of a 2 part blog post. In part 2, we will examine the reasons that lead to the failure of the massive protests of 2015.

One thought on “We, the Lebanese, have a lot to learn from the Native Americans”

Fri Sep 9 , 2016
“There are certain places, and certain times where [we must ask] what role women play in leading men to rape.” With this shocking statement, Lebanese […] 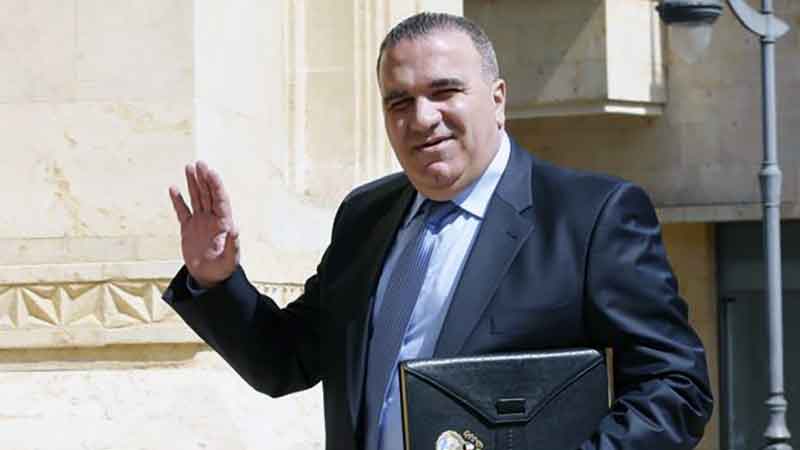