Lebanese reporter Nawal Berri is currently trending online, but for all the wrong reasons. Having failed to deliver an accurate update on the protest that was taking place Monday night to commemorate the rise of the 2015 anti-government civil movements in Beirut’s Riad Solh Square, she resorted to an abrupt end to her live coverage, after activists began to chant slogans against the Speaker of Lebanon’s Parliament Nabih Berri, labeling them as “zo3ran” (meaning: thugs) before walking off camera.

Berri, who is known for having close ties to the House Speaker, has in the past protested the inclusion of the latter’s name in anti-corruption movements, referring to the long-time politician  as “kbeer al-3ayle” (meaning: the family’s eldest or patriarch). The head of the Amal Movement has been Lebanon’s unrivaled Speaker since 1992, and is seen as being among the country’s most corrupt politicians by civil society activists.

Upon the end of the live transmission, activist Firas Bou Hatoum approached the reporter to offer an explanation, stating that those who chanted slogans do not represent the bulk of the movement. She reportedly responded by saying: “I will bury all those who speak ill of ‘kbeer al-3ayle’ [Speaker Berri] … He is the crown on their heads …”

Nawal Berri is no stranger to controversy. Last year and during the peak of the August 22 anti-government protests, Berri also made headlines when she and fellow journalist Firas Hatoum exchanged insults on social media after the latter had criticized her coverage. According to Hatoum, Berri was unprofessional and was more concerned with reporting on her appearance, namely hair and makeup, after water cannons were directed at protesters and reporters alike. This resulted in a heated debate between the two -one that media critics say should not have occurred.

In April this year she displayed clear partiality to Ali Elamine in the controversial child recovery/abduction case involving Australian mother Sally Faulkner and the 60 Minutes crew. Berri, who’s the cousin of Elamine, accused Faulker of having revoked custody of her children and of being an unfit mother. The information presented in this report was unverified and biased. Elamine like Berri also enjoys close ties to the House Speaker and is said to have used those very same connections in the high profile case.

In 2013 she was at the receiving end of heavy criticism when she produced a report on the country’s dwindling resources and donor funds lost to Syrian and non-Syrian refugees “who also take up space”. Berri concluded at the end of what she called an investigative report, that street dwellers include “nawar” (an Arabic term for several sedentary communities used primarily in Syria, Lebanon, and Palestine. The term is regarded derogatory, used for several diverse ethnic groups especially in the context of panhandling) while asking some for the identification from within a moving vehicle.

Berri clearly displays privilege in her latest on-air emotional outburst, as reporters are not usually granted control to cut-off live transmissions if conditions around them are unfavorable. Such shots are made by producers and news chiefs alone. A reporter can only make such calls in the case that his/her life and the lives of the crew members involved are in direct danger.

Having said that it is important to point out that Berri is not alone in this behavior. The media’s quest for funding and ratings has resulted in a myriad controversies involving the coverage of reporters, media personalities and journalists. The culture of nepotism and favoritism has affected the media landscape whereby a majority of journalists act as political defenders rather than observers without any sense of accountability. In a sense they act out of fear rather than duty as they want to maintain their privileges and safeguard their jobs.

But the question is: is it not time for our media to realize its faults? Recent studies  point to growing resentment by younger viewers towards traditional media outlets, for reasons that include biased reporting and favoritism. Our country’s media landscape is clearly a mess, and will continue to be so long as media outlets continue to give people “what they want” rather than “what they need”.

Personally, I do not believe that anyone is immune given the rising pressures of the industry and lack of opportunities, and I certainly do not condone the personal online campaign against Berri or anyone else for that matter, but I do hope that all readers would instead engage in a debate on what our media landscape needs. We must attempt to break the walls of the echo chambers that are arising between groups, viewers, and media outlets through dialogue.  It’s high time that our media listens.

Thu Aug 25 , 2016
“Trash will return to the streets”; this is the main theme of today’s headlines across the country after the municipality of Bourj Hammoud put into effect […] 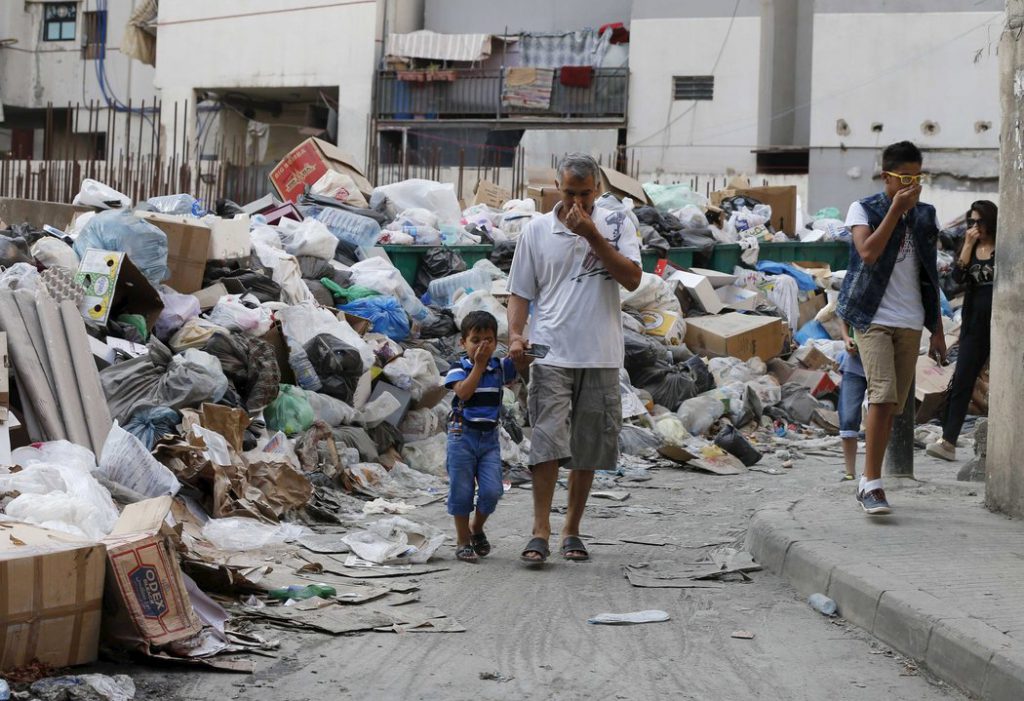