“Trash will return to the streets”; this is the main theme of today’s headlines across the country after the municipality of Bourj Hammoud put into effect a decision to ban access to the landfill site in the area’s seaside front, propelled by the Kataeb party’s ongoing protest and closure of its entrance.

According to a statement released by the Tashnag Party, sorted waste will not be allowed to enter the landfill until the protests are halted and construction works at the site resume.

“The steps agreed upon in the Cabinet meeting on March 12, 2016, should go on as discussed with no further delays or hindrances,” Tashnag leader MP Hagop Pakradounian said, referring the government’s plan to build a landfill at the site.

“We cannot afford the ongoing accumulation of waste when construction works have yet to be finished. In other words, we do not want another garbage mountain when we have yet to reverse the effects of the first,” he lamented. “We are ready to go ahead with the plans as soon as solutions are found to the trash accumulation problem and as soon as previously agreed upon conditions are met.”

The Tashnag’s decision comes after the Lebanon Eco Movement announced in press conference on Tuesday that the group had officially joined the Kataeb lead protest in front of the landfill.

“You are harming our food security and our future, and you are responsible through your projects for the failure of our touristic season,” the movement’s head Paul Abi Rached said in reference to the government’s garbage plan.

“We have been termed ‘the blocking force,’ a label we wholeheartedly adopt … We are the blocking force against random dams, against haphazard landfills … We commend the efforts of the Kataeb party in rejecting this landfill.”

For its part, waste management company Sukleen announced said that it will no longer collect waste in the areas that use the Bourj Hammoud landfill. Sukleen and its parent company Sukomi are facing corruption charges after Lebanon’s financial prosecutor accused the latter of squandering public funds.

The Kataeb party has been holding regular protests for two weeks at the landfill’s entrance, at times clashing with police.

Last week, its chief Sami Gemayel held a fiery press conference, calling on the people to join his party in ending what he said would produce “10 years of environmental damage” to the area.

In response, Agriculture Minister Akram Chehayeb lamented the protest, rejecting what he said what the party’s “tampering with health and the environment.”

“As if the social and economic issues facing the country are not enough … there are those who have re-entered through the backdoor with different faces, for what they claim is the sake of the nation. But, on the inside, they have personal interests,” Chehayeb said.

“The alternative to the landfill will be the return of trash to the streets,” he added. “Kataeb minister should not have approved the plan to begin with.”

The war of words between the two stems from differences pertaining to the proposed solutions to Lebanon’s garbage crisis. The government in March announced a solution to the then eight-month trash pile-up on the streets of Beirut and Mount Lebanon through the two months reopening of the Naameh landfill, which received the bulk of the decomposing waste, and the construction of two new landfills: one in south Beirut’s Costa Brava, and a second in Bourj Hammoud, east of the capital.

The decision was seen as backward by environmental groups who say that there are better alternatives, namely through the decentralization of the waste sector and the construction of recycling and waste sorting plants.

“Municipal unions in respective districts can erect waste sorting plants – such as the one in Bekfaya – which would cost approximately $4 million  for each plant, rather than the $120 million Bourj Hammoud project, which would reflect negatively on the health of the landfill’s 350 thousand neighboring inhabitants,” Gemayel had said in his press conference.

But what do the people say and how do they really feel about the landfills? A protest was held on Thursday evening at 6 pm starting from Dora square to the site of the Bourj Hammoud landfill. Participants were asked to wear surgical masks to decrease exposure to the hazardous fumes emanating from the landfill.

“Bourj Hammoud is not a dumpster,” the group behind the protest called on citizens to join them in their battle against the landfill, stating that most of the waste being dumped at the site is not being sorted and that leachate has already begun to seep into the nearby water as environmental activist Dr Ajwad Ayash points out in the video below.

Protesters marched from Dora roundabout north of Beirut to the site of the planned landfill, calling for eco-friendly, environmental solutions. The direction of the seaside wind is also a matter of grave concern, as one protester pointed out. Speaking to local channel LBCI, Elie -a Bourj Hammoud resident- complained of the foul odors, saying: “we cannot open a window … My mother is ill and this situation is unbearable.” The poster below was published by the same group. It illustrates how most residents are being exposed to the dump’s toxic fumes.

Bourj Hammoud and Costa Brava: A tale of two landfills in two cities

The construction of the two landfills have been marred with controversy. Although the government has promoted them as a temporary 4 year solution to be followed by incinerators (another environmentally questionable solution), their close proximity to the coast has sparked new fears of excessive maritime pollution.

The Bourj Hammoud landfill could pose grave health risks to 350 thousand neighboring inhabitants, while the Costa Brava lies dangerously close to Beirut International Airport, heating up the tarmac and attracting birds (both of which are hazardous to civil aviation).

Fishermen in Bourj Hammoud have also complained of the landfill’s construction, stating that it will cut-off their livelihood. Sea life in Costa Brava has also had its share with several dead marine turtles washing up on the shore. Between the opposition of the Kataeb party and the lack of environmentally viable solutions, and amid the governmental stalemate and tit for tat politics, it seems that the return of the trash to our streets may be inevitable. After all this is a crisis 20 years in the making.

I’ve said it before, I’ll say it again: the “solutions” that are being presented to us are mere smoke and mirrors. They are band-aids to bullet wounds. The only way to rid ourselves of this seemingly repetitive cycle is to demand clear-cut environmentally friendly solutions that include but are not limited to recycling and sorting from the source.  Lebanon’s population will only continue to increase and land will become scarce making it harder to lose precious space for archaic waste management purposes. If the trash returns to our streets in the manner in which it did during the summer of 2015 and if this prompts the renewal of civil movements, I do hope that they get it right this time and by “they” I mean both us and the members of government  we elect.

Fri Aug 26 , 2016
Lebanon’s politicians are the country’s number 1 cannabis consumers and traders. This, according to a report aired by LBCI on Thursday. The crew visited a cannabis […] 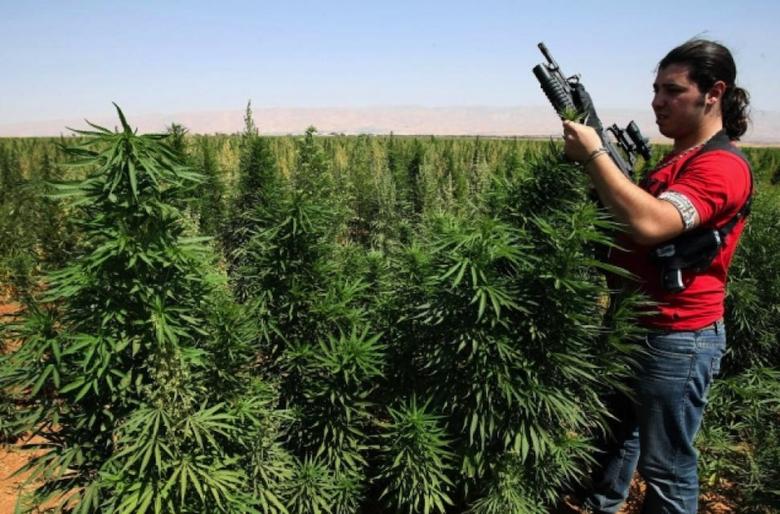