As I write this blog post, and just right outside my window, hundreds of cicadas are singing in unison in what is a clear indication of the rising temperatures. Though this may be good news for the summer bugs whose song is a call for mating and a repellent against predators, namely birds, it’s not so good for the trees they call home. In fact, swaths of trees have been lost to forest fires since the last time I addressed this topic.

Just yesterday, Akkar’s Miniara lost thousands of square meters in olive groves, the National News Agency reported. Similarly, and only a few days earlier, firefighters struggled to put out a raging blaze that consumed the green stretch that links the Bekaa villages of Ksarnabba and Timneen al-Fawqa. South Lebanon also had its share with the outbreak of a fire in Jezzine’s forests last week, scorching hundreds of trees, mostly pine and cedar. A shame beyond words.

Temperatures are expected to rise, which will likely increase forest fires across the country. The under-equipped Civil Defense and the Lebanese Army will be called; civilians will rush in panic to help douse the blaze; and fingers of blame will be pointed at the Lebanese government for failing to provide apt gear to municipalities. This is the summer blaze cycle with which we have become familiar, and this is exactly the source of the problem.

What many fail to understand is that forest fires are mostly caused by humans. Whenever they do occur naturally it’s mostly through the availability of lava or thunder. So until summer thunder storms appear in Lebanon and until an active volcano is found, the loss of what remains of our green lung should only be attributed to one thing, and one thing alone. Discounting arson and frenetic construction, it all boils down to negligence. This is the number one factor.

A few weeks ago I walked the forests of Jezzine where a group of friends and I camped in two separate locations. The first camp was set on the banks of the Bisri River where plans for a dam are underway. That wasn’t the worst part; the river was littered beyond human comprehension. Hundreds, if not thousands, of glass bottles, metal cans, plastic cutlery, and dirty diapers, lined the water path of what would have otherwise been a pristine area. On that day the Bisri River, which is a popular location for picnickers, was teeming with hookah pipers, their accompanying barbecue grills, and bags of trash. It took us a good three hours to clean up an area of approximately 100 meters before we were asked to leave. According to the property attendant, the area was privately owned, and the people who were there were only allowed to stay for the day. We up and left.

During our drive to the second location in Jezzine, we passed through forests, which like the banks of the Bisri River, were full of trash -glass bottles included. The forests were also dangerously unkempt. Wood debris, dry leaves, cones, and branches blanketed the floors of the woodlands, providing the right circumstances for what would become an inferno a few weeks later.

I had attempted back then to reach out to the municipal council through friends, urging them to clean the area before it was too late. But my pleas fell on deaf ears and hundreds of trees were lost as a result.

This is not unique to Jezzine, in fact, rarely do municipal councils implement preemptive measures that should include forest maintenance and the employment of rangers whose job would be to monitor and protect. This is why the fire cycle repeats itself every summer without exception. The people are to blame as well, as litter is not a natural occurrence, nor do glass bottles appear out of thin air in the environment. But, what is the real price of deforestation you ask? The threat of desertification, of course, among a myriad other things including the loss of wildlife habitat, and soil erosion.

Lebanon’s green spaces have decreased dramatically in the past decades. In 1965, 35% of Lebanon was covered by forests; this number has dropped to less than 13% today. In April, Lebanon signed the climate change agreement in New York with a promise to reduce its greenhouse gas emissions by 30% conditional to the provisions of international support, and by as much as 15% unconditionally, both by 2030. This promise is already on the path to being broken, much like its predecessors that include the ineffective National Strategy for Forest Fire Management.

Lebanon without its forests will surely turn barren and those in power, municipal councils included, will go down in history for lacking vision, strategy and the will to do anything about it. It doesn’t take a phenomenal budget to clean up and maintain a forest, nor would a few hundred dollars allocated for the employment of rangers break the checkbooks. The fines that can be issued against those who litter can compensate for funds paid to protect what should nationally be regarded as a priceless treasure. The financial cost of protecting and maintaining forests far underweight the cost of the equipment we currently lack. Is it not time for us to plan ahead? Or have we become comfortable, as a people, with reactionary complaints and pointing the finger of blame?

The solutions are there and we only need to implement them. If we don’t we will continue to lost the battle against forest fires.

Here’s what you can do:

-Campers and picnic lovers must put out all camp fires or barbecues prior to leaving any outdoor location. All trash, especially glass bottles, must be removed as well.

-If you see a small fire starting at the edge of a road, stop and dump sand or soil on the flames. This will deprive the fire from oxygen and give you time to alert civil defense units. Car mats, green branches, and extinguishers (if available) are also good options for motorists who happen to catch a small fire as it starts.

-Citizens are encouraged not to use fireworks or any other flammable substances during the warm seasons. If your home happens to be within a relative distance from any woodlands, this doesn’t necessarily mean that it is safe to use such material.

-Landowners and farmers are also encouraged to clear their lands of dry wood and shrubbery within a 500 meters radius. This will help limit the spread of fires in the case that they happen.

-Lebanese law forbids the burning of shrubs, grass, straw and other plants between July 1 to Oct. 13 except with a permit from the Forestry Department. If you see anything suspicious, call and report.

-Remember, putting out a fire within the first 20 minutes greatly decreases its chances of reigniting and spreading. 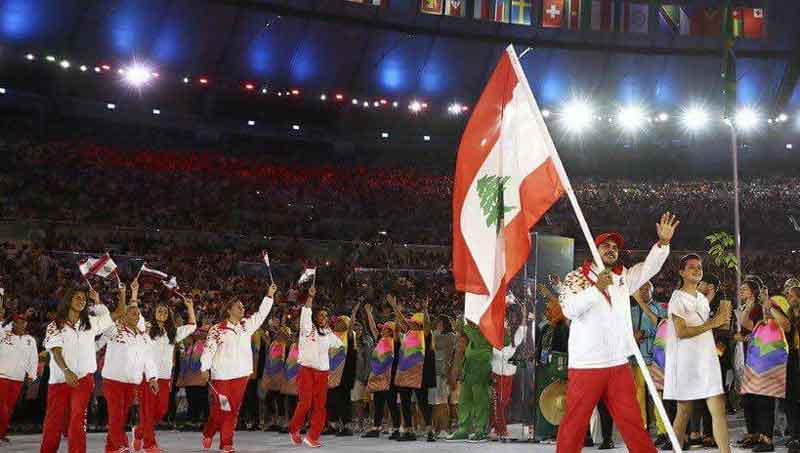