As Lebanon continues to struggle under the weight of a myriad environmental crises, which include but are not limited to desertification, deforestation, and waste mismanagement; water scarcity and rising levels of toxins in sources of irrigation are now surfacing as a major cause of concern especially in Lake Qaraoun and the Litani River –two of the country’s major arteries.

The rise in demand and increase in pollution are adding fuel to the fire, with experts fearing the worst. But will the Lebanese government, and the people, address this issue in time?

The death of Lake Qaraoun

Lake Qaraoun –one of Lebanon’s biggest man-made water bodies formed by a dam on the Litani River in the Western Bekaa– was created in 1959 as part of an effort to provide water and hydroelectricity to nearby populations. The 12 square km sized lake was designed with a capacity to store 220 million cubic meters of water, and has become the irrigation source of 30 percent of the country’s lands. But levels are dropping and pollution is threatening what precious water remains.

The lake witnessed a significant drop in 2014; 24 meters to be exact. Levels somewhat improved in 2015, only to stagnate in 2016 due to declining precipitation. This has and will continue to directly impact agriculture, with some saying that crop production in Lebanon could even cease to exist in just a few years’ time if the problem persists.

“We are facing a very dire situation … We have less water available but demand keeps growing. This is not sustainable,” Director General of the Bekaa Water Establishment, Maroun Moussallem says.

“On the one hand drought conditions in recent years due to lower precipitation have decreased water availability, while on the other hand the unprecedented number of displaced Syrians in the Bekaa region has increased the demand for water,” Moussalem explains.

“In these conditions, we cannot afford to further degrade our water and need to conserve every drop we have.”

Man-made wells are slowing down the process, but it’s not enough. Pollution levels in the lake are increasing environmental woes and dead fish can now be seen floating on its surface and littering its shores. The root cause of the problem, which begins with lack of awareness and ends in infrastructure, must be addressed.

The once roaring waters of Litani River are choking in feces

The source of Lake Qaraoun, the Litani River (meaning: Lions in Greek) –which rises in the Bekaa and empties into the Mediterranean Sea north of Tyre– has changed its colors over the years from crystal blue to murky brown, threatening populations over its 140 km stretch.

Years of neglect manifested in the dumping of industrial and quarry waste, and fecal matter have turned 37 percent of its water into a brownish muck, making it no longer suitable for swimming or irrigation, and affecting farmers and residents of the Bekaa and south Lebanon who rely on the river.

Public health, and major economic and environmental losses are now a great concern for farmers, owners of restaurants and various businesses, and many are starting to protest and call on the government to provide compensation. But is that enough? The issue is as old as any other problem in the country and past efforts have yielded little results.

Cabinet has agreed to form a ministerial committee to address the issue in coordination with the Internal Security Forces. The World Bank has also approved a $55 million loan for Lebanon to clean up the river in what will be the first step in a larger effort estimated to reach US $250 million.

“Today millions of cubic meters of raw sewage flow directly into the Litani River. The project will construct sewage networks and connect them to wastewater treatment plants (such as Zahlé) so that sewage gets treated before it is discharged in the Litani. That way, not only [do we] we reduce the pollution entering the river but make treated water available for irrigation” explains Maria Sarraf, World Bank Lead Environment Specialist and Project Team Leader.

Funding without awareness will not change much

Yes, the problem is in large part administrative and infrastructural, but much of the fault lies in lack of awareness.

There are nearly 146 farms — 72 of which are in the Central Bekaa, 68 in the Western Bekaa, and 5 in Baalbek — that use the polluted water of the Litani to irrigate crops such as wheat, potatoes, and various other vegetables and fruit. Crop farms, dairy farms, and numerous factories in turn produce sewage and waste, as well as chemicals and animal carcasses, which are then dumped directly in the river and indirectly into our plates.

Most of the “fresh food” we consume today is produced in the Bekaa valley. This includes vegetables and fruits, which on the surface appear fresh and bright, but in reality are full of poisons and pollutants.

To change this reality, populations around the river must be made aware of the consequences of their actions. Efforts must include awareness raising programs that will incentivize farm and factory owners to make the much needed adjustments.

With the Lebanese government’s track record in failing to produce the much needed results even (read: especially) when loans and funds are available, I fear the worst. Corruption is no major secret in the country and it’s extremely vital that people are made aware of the consequences of their actions and of their power to change.

If we fail to do so, we will sink further in debt; in pollution; and in water scarcity.

How much do we really know about Lebanon’s on- and offshore oil and gas reserves?

Thu Jul 21 , 2016
We’ve all heard about Lebanon’s yet untapped offshore oil and gas resources, and the controversy surrounding that, but hearing of onshore reserves came as somewhat of […] 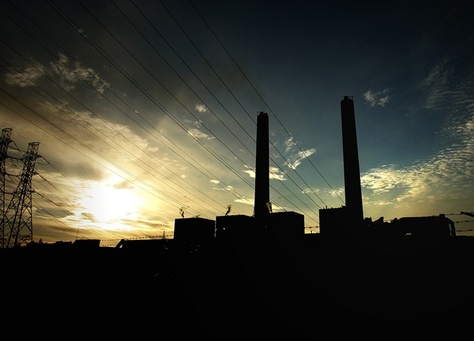