We’ve all heard about Lebanon’s yet untapped offshore oil and gas resources, and the controversy surrounding that, but hearing of onshore reserves came as somewhat of a surprise to me, especially since most of the talk surrounding the country’s black gold deposits have mainly focused on offshore capacity.

In a recent report by MTV, the topic was (re)explored, leading the news team to an abandoned oil drilling site in the Bekaa’s al-Qaa where a man whose sibling had closely worked with an oil mining company in the 1960s gives a relayed account.

“We were never given a clear result of the findings … The only thing we learned was that the well was closed off with a metal seal at a depth of approximately 300 meters, and cement was poured to the brim before the experts left, my brother told me,” Wajih Hatoum says.

“The location would often be inspected in the years to follow by [who we think are] the same men who were in charge of the operations back then,” he continues, “but still we know nothing.”

According to MP Ali Qanso, onshore oil is abundant. “Two wells were dug up in 1960s … one in al-Qaa where oil was found on a 2557 meters altitude and another in Tal Danoub,” he says.

“I guarantee you this; if you are to dig up a well in Akkar, at a depth of 450 meters, you will find traces of oil as had been found upon our inspection in 1969,” he adds.

A lengthy online search yields relatively shy results. While several articles can be found on Lebanon’s offshore oil, only a few provide updated information on onshore reserves. Perhaps this is why only a few know of the details, and why exploration has been mum.

But in an article by Executive Magazine published in July, 2015, NEOS GeoSolutions — the American company that completed a survey of 6,000 square kilometers in Lebanon — said it believes that geologically Lebanon has a lot in common with both Syria and Israel in terms of oil reserves both on- and offshore.

Wissam Chbat — an official from Lebanon’s Petroleum Administration (LPA) who gave a speech at the launch of the survey’s results last year — and Jim Hollis, the CEO of NEOS, agree quite vocally on the presence of onshore oil and gas.

In a move that was a step forward in the much stagnant oil and gas file, the Free Patriotic Movement and the Amal Movement announced at the beginning of July that they had settled their dispute over Lebanon’s offshore oil and gas reserves, raising hopes that Lebanon could soon prepare to drill for oil after years of bickering.

But in an interview with As-Safir daily –translated by The Daily Star– on Monday Prime Minister Tammam Salam said that he will not call a ministerial committee meeting to address Lebanon’s offshore oil and natural gas reserves until “the file is ripe and approached in a clear and transparent manner.”

“The Ain Al-Tineh agreement between Amal and the FPM was not the ideal way to kick start operations,” Salam lamented.
Salam and Speaker Nabih Berri reportedly still disagree over the country’s oil and natural gas reserves, despite the recent clandestine agreement between the latter and the Free Patriotic Movement –which means that further delays are expected.
But even as the offshore oil and gas file remains on the back-burner, there is it seems, a way around what can fairly be described as  fossilized bureaucracy, and political bickering.

According to Chbat, there is a way around fossilized bureaucracy, as it turns out Lebanon has the pre-existing framework that would enable it to drill for onshore oil.

“While a new law that would apply to onshore exploration and production was drafted by Lebanon’s Petroleum Administration, since the 2010 legislation (that created the LPA) only applies to offshore exploration, the pre-existing legal framework allows Cabinet to sign contracts with companies to explore and, potentially, produce whenever it sees fit,” he says.

“The Cabinet does not need a new legal text,” Chbat tells Executive, “a mining law from 1933, coupled with another piece of legislation from 1975, and taken in conjunction with a 2011 Cabinet decision and a 2013 decision by the Minister of Energy and Water, together provide a legal path for the Cabinet to act. Passing a new legal text would require parliamentary approval, which tends to follow what experience shows can be over a decade of debate.”

According to Chbat, the Lebanese government in the 1950s granted onshore exploration and production concessions, only to have them cancelled in the 1990s. The explorations never resulted in any commercially viable finds, he adds, contrary to Qanso’s testament above, and to his and Hollis’ beliefs.

Perhaps the equipment wasn’t sufficient, perhaps apt time was not given and perhaps the then government feared that natural resources of such scope could bring about unfavorable results given the geopolitical tensions at the time. But one thing remains certain, the issue is definitely worth further exploration as onshore drilling and production is said to be technically easier and significantly cheaper than its ultra-deep offshore counterpart.

Black gold on land and under the sea, but which is safer?

Over six years have passed since the Offshore Petroleum Resources Law was ratified, but the government has yet to issue the complementary decrees that would enable the first licensing round of its offshore gas exploration.

Trillions of cubic feet of oil and natural gas lie beneath the country’s sea floor, seismic studies show, while onshore results have proven promising in the most recent survey.

But with Lebanon’s rising economic and environmental woes and its promise to fulfill its commitment to the climate change pact, one has to ask which method is safer?

According to former Discovery Network affiliate HowStuffWorks, offshore oil drilling presents numerous environmental problems. Chemicals and toxic substances like mercury, lead and arsenic are released into the ocean whenever oil is recovered from the ocean floor. In addition, seismic waves used to locate oil can harm sea mammals and disorient whales –and yes, there are whales and marine turtles in Lebanon’s seas as well as several other species.

Offshore oil drilling advocates insist that improvements have been made to the procedure, but add that such heightened standards usually go hand in hand with strict governmental regulations and monitoring. So the question is, will the Lebanese government be able to apply such standards when it can barely comply itself? Moreover, is oil drilling still worth the hassle or is Lebanon much better off investing in sustainable, green energy? My vote (if I had one) would go for the latter.

Lack of transparency and corruption:

The recent garbage crisis has managed to expose a myriad of problems that exist in Lebanon’s political system. Among these is the failure of the government not only to properly deliver a basic service like waste collection, but to decide how to deliver such a service through a transparent, collaborative process.

“With the government’s failure to provide waste collection services—generally considered to be a relatively straightforward exercise—one can only wonder how it will be able to manage a complex sector like oil and gas, which has several stakeholders with varying interests at different stages of the value chain,” Sami Atallah, LCPS executive director says.

Lebanon’s hydrocarbons file has been more or less stagnant for the past 6 years –ever since Parliament passed the offshore law in 2010. Since then the Lebanese Cabinet has failed to approve the legislation required to kick-start the country’s petroleum production; one concerning the division of Lebanon’s Exclusive Economic Zone into blocks and the other concerning the relationship between the state and companies exploiting the resources, which could be found in these blocks.

Authorities have kept the process closed to the public, raising concerns as opposed to easing public fears over corruption, the Lebanese Center of Policy Studies adds. The division of profits, commonly known as muhasasa, remains a key-factor behind bogged policy-making.

It’s no secret that Lebanon’s clientele political system has produced a mechanism that makes it rather impossible to move forward. Draft laws and decrees are rarely passed; elections have become a thing of the past; and the Presidency remains vacant. So until we rise, both as a government and as a people, beyond greed-driven short term profit, I would hope that our officials would provide the right answers in regards to both onshore and offshore oil reserves, drilling procedures, and plans (if any) for viable alternative energy solutions.

Mon Jul 25 , 2016
When Lebanon’s healthcare system fails, the well-being of a thousand citizens hangs in the balance. Such is the current reality of Rozine Moughalian –a 56-year-old […] 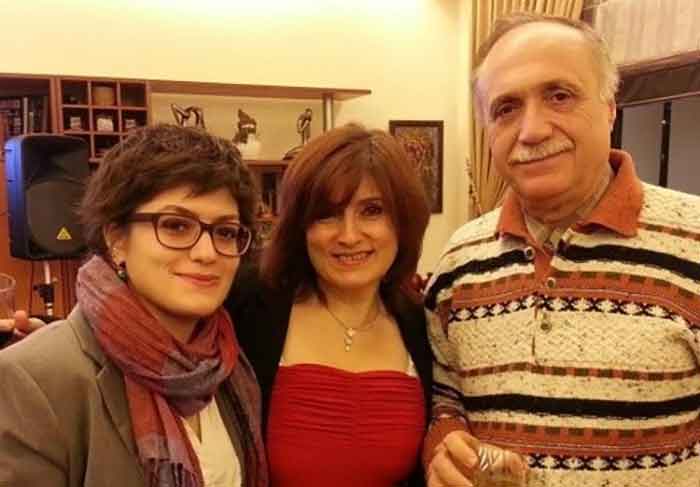