According to a report published by al-Joumhouria, and which quotes the Internal Security Forces, suicide rates in Lebanon are on the rise.

The number one cause for suicide is psychological illness, particularly depression, Raed Mohsen, a specialist in human communication and marital and family therapy told al-Joumhouria, adding that women attempt to kill themselves more than men.

High unemployment, lack of opportunities, social pressure, and the lack of basic health services (mental included) are some of the factors contributing to the rise in numbers.

There aren’t many studies, at least none that are up to date when it comes to mental health in Lebanon. Mental illnesses are still largely seen as a taboo subject and public services fall short from what’s needed. The findings below are some one of the only ones available, and/or at least made public. They say:

25.8 percent of adults have experienced at least one mental health disorder at some point during their lives, according to the only published national prevalence study of adults, which relies on data from 2003-04. They study, which was led by psychiatrist Elie Karam, found that 10.9 percent received professional treatment, with delays of six to 28 years.

As for children and adolescents, a study conducted in 2012 by the American University of Beirut diagnosed 26.1 percent of the subjects with a psychiatric disorder, 6 percent of whom were undergoing treatment.

These numbers are surely on the rise given that mental health service have relatively remained the same since the studies were conducted, and especially since the population has increased with the influx of Syrian refugees into the country.

The Lebanese are not well, and neither are the refugees:

According to a 2014 United Nations Population Fund (UNFPA) study, 41 percent of Syrian youths in Lebanon say they have had suicidal urges. Precise statistics on suicide attempts and completions are hard to measure by local NGOs, especially since the topic remains a taboo. But aid workers say that incidents of suicide attempts by adolescent Syrians are being reported with increasing frequency, as this Foreign Policy article finds.

Palestinian and other refugees to a considerable extent also suffer shortages when it comes to apt mental healthcare services. Poor housing conditions, leaky pipes, deteriorated water and sewage treatment systems, contaminated water, and jerry-rigged electrical connections all contribute to sub-standard living conditions. Over-crowding increases health risks – from respiratory infections to mental health disorders – which are exacerbated by social tensions among a population that has quadrupled since the camps were established, according to ANERA.

According to a WHO assessment, the budget for Mental Health in Lebanon constitutes only 5% of the general health budget, which is mainly devoted to cover long stay inpatient cost in private mental hospitals.  Outpatient community based services are the responsibility of the private sector with no budget except for those providing certain psychotropic medicines for free.

Admitted patients were found to belong to these diagnostic categories: schizophrenia, schizotypal & delusional disorders, mood disorders; mental and behavioral disorders due to psychoactive substance use. Other diagnoses include epilepsy or organic mental disorders, neurotic, stress-related and somatoform disorders.

Stress, society, and the connection to stability:

Depression is the leading cause of disability worldwide, and is a major contributor to the overall global burden of disease. For a society to function well, mental well-being must prevail. Humans are social creatures and when a member of society is unwell, the unit around them (friends, family, co-workers) suffers indirectly. This impacts performance, the economy and the well-being of societal structures as a whole.

According to a World Health Organization report, the global cost of mental illness was estimated at nearly $2.5 trillion, with a projected increase to over $6 trillion by 2030.

The correlation between disease and death rates due to stress-related illness is very disturbing. Emotional stress contributes greatly to the six leading causes of death including cancer, coronary heart disease, accidental injuries, respiratory disorders, cirrhosis of the liver and suicide.

A problem we should not ignore:

Lack of services and the high cost of counselling further aggravate the problem, but can we really afford not having sufficient treatment in a post-war society, especially since we’re not out of the woods yet? Or will the vicious cycle continue to produce more unhappiness, more mental diseases, and more instability, which make for suitable conditions for conflict? Questions that beg an answer.

One thought on “Why are suicide rates increasing in Lebanon?”

Wed Jul 13 , 2016
I was not prepared for all the lessons I would have to learn; that was the reality of my first job in journalism, which I […] 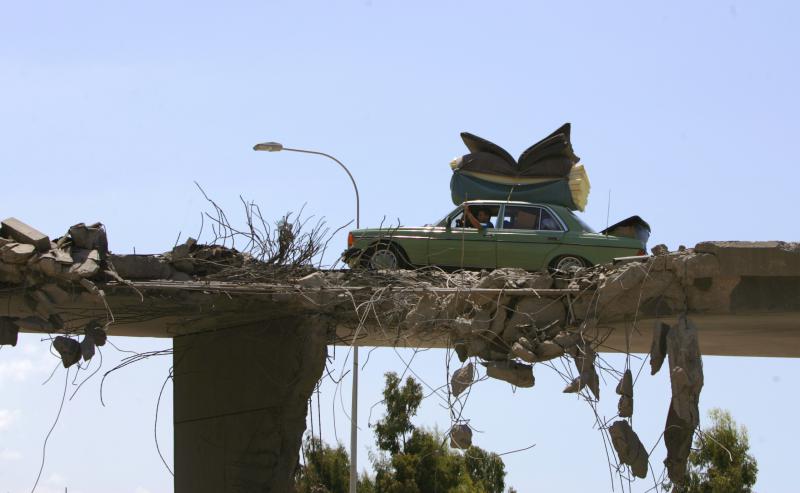