I was not prepared for all the lessons I would have to learn; that was the reality of my first job in journalism, which I took up in the summer of 2006.

What would become the 33 day war between Lebanon and Israel had just begun, and hundreds of journalists flocked to Beirut to document the atrocities that mostly unfolded on the southern edge of the country.

It was chaos. Sheer and utter chaos. In the days and weeks that followed, and as the death toll rose, news writers, producers, foreign and local journalists, struggled to tell the stories that proved too much to handle even for the most experienced among them. Many refused to eat sufficiently; several found solace at the bottom of the bottle; some did not sleep for days at a time, only to return to the frontlines once again.

I wasn’t stationed in the conflict zones, but was instead asked to report on the conditions of the displaced civilians who had taken refuge in Beirut’s many public schools and parks, and document the 24-hour news-cycle. The latter included logging and filing all the details that were unfolding; marking what was suitable for the news after watching all the footage that was being sent to the newsroom from Lebanon’s south, and preparing the next day’s stories.

Swallowing the pain and fear that come with witnessing the repercussions of the war, proved highly challenging for this then 20-year-old. But the naivete that comes with being the youngest in a news team, I learned, wasn’t at all unique to me.

Seasoned journalists, news veterans – some of the best in the industry – would often return to their desks after a long arduous day of coverage to file their reports, only to break down shortly thereafter. Many were conflicted, especially the Western among them. To them, Lebanon somehow did not fit the stereotypes long diffused by [some of their] traditional outlets.

The images, the horrors, were too much; so painful that they prompted anchors to call out Israel on live television for using excessive force –something fairly unusual at the time.

I remember watching CNN anchor Rosemary Church, as she confronted Israeli Spokesperson Miri Eisen shortly after the second Qana massacre. For this confrontation Church has been called hostile, dubbed an anti-Semite, and accused of journalistic bias.

Dozens of civilians, mostly women and children were killed in the attack, raising the death toll after 18 days of fighting to 750 people.

According to Human Rights Watch, the Lebanese civil defense and the Lebanese Red Cross said at least 54 civilians, including 27 children, were crushed to death when the building they had taken refuge in collapsed shortly after an Israeli attack took place in the dead of night. Rescue teams were unable to reach the village until 9:00 a.m. the next day because of the heavy Israeli bombardment in the area. None of the bodies recovered belonged to Hezbollah fighters, and rescue workers said they had found no weapons in the building that was hit.

This wasn’t the first time Qana had been struck. In 1996 Israeli forces conducted an airstrike on a U.N. compound sheltering hundreds of civilians. In what had been described at the time as the deadliest single event of the entire Arab-Israeli conflict, the shelling of the U.N. base killed more than 100 and left another 100 injured.

The second Qana massacre, like its predecessor(s) resulted in public demonstrations in a number of countries across the Middle East and elsewhere. On July 31, in response to global outrage, Israel agreed to suspend airstrikes over southern Lebanon for up to 48 hours, which allowed for civilian evacuation from the area. Two weeks later and on August 13, Israel and Lebanon adopted United Nations Security Council Resolution 1701, which mainly called for the full cessation of hostilities. The war was apparently over, but in reality it had only just begun.

Ten years have passed since the July 2006 war, and though many things have changed, a lot has not. While all is [seemingly] quiet on our southern front, conflicts have expanded and hostilities have now taken over the region with the Syria war entering its 6th year. Ongoing violence in Afghanistan, Yemen, Iraq, Palestine, and Libya continues, and civilians are still paying the price in the game of nations and the fight over natural resources.

Journalists continue to flock to the Middle East. Some with the mission to tell the untold stories of the victims of war to what is increasingly becoming a highly desensitized audience; others to make a career for themselves and to secure ratings for their networks’. Leaders are still gathering to “mitigate and negotiate”, while the arms industry thrives.

Talks for a third Lebanon war are surfacing on many news sites, with Israeli dailies like Haaretz even saying that Israel is making plans for temporary evacuations in the case that conflict should arise.

And though that may be far-fetched given that the several areas across the Middle East are largely unstable, there is no real resolution in sight. There are no real efforts being made. “The status-quo is satisfactory,” as one military expert announced on last night’s news bulletin, “[and] the big players are where they need to be.”

But is that enough? Are we forever fated to live out the rest of our lives under the shadow of looming wars? Is our region “doomed,” as AFP photographer Patrick Baz says?

Maybe yes, maybe not. But one thing is for certain, war will never be over so long as the more powerful are making a profit from it. Humanitarian campaigns can only do so much to alleviate the suffering, but the result is one: only the dead have seen the end of war.

Thu Jul 14 , 2016
Rayan and Rami Rasamny are not your typical mountaineers; they’re doing it for a good cause. After scaling the peaks of the Alps last year […] 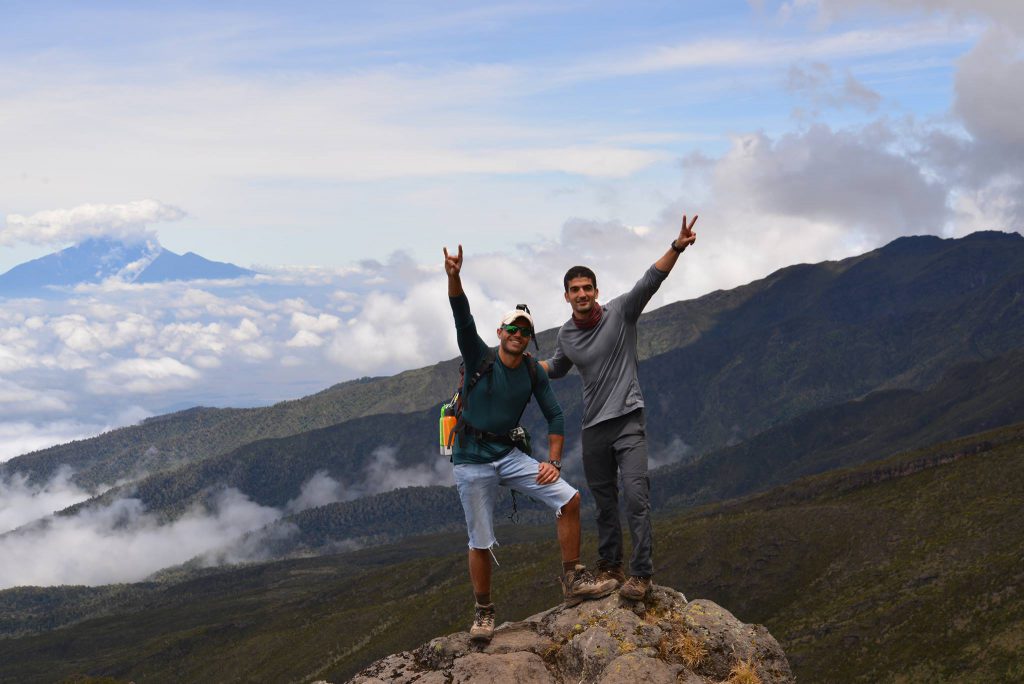