The holy month of Ramadan has drawn to a close and for Lebanon’s Muslims Eid al-Fitr came as a relief from the long hours of fasting. But for the families of the kidnapped Lebanese soldiers who remain captives of the Islamic State [Daech], the relief has yet to come, and Eid only serves as a reminder of the absence of their loved ones.

Hussein Youssef, the father of kidnapped soldier Mohammad Youssef, speaks of the agony now two years in the making, and says that though the heartache and longing is mounting, hope remains.

“Happiness does not pass through our doors during times of eid, on the contrary, we are reminded of the absence of Mohammad who was the light of our homes. His son, Hussein, kisses his father’s photographs and calls out to him. I try to compensate by giving him all my love, but I cannot take his father’s place.”

As for the latest developments pertaining to the case of the kidnapped soldiers, Youssef says that investigations and attempts to secure their release continue, but developments are slow as the kidnappers are unresponsive.

“We are trying by all means to obtain new information … A week ago I visited Arsal in hopes of attaining updates. I was told the soldiers were still alive, but there was no evidence to go along with that piece of information.

Contacts are ongoing with General Security chief Major General Abbass Ibrahim and Prime Minister Tammam Salam, he continues, but unfortunately there are no reassurances.

Nizam Mgheit, the brother of kidnapped soldier Ibrahim Mgheit describes their situation as tragic and reiterates that they know nothing of the status of the captives.

The families of the kidnapped soldiers, whose cause remains on the back-burner, say they will return to their movements after the religious festivities are over and will call for a fresh wave of sit-ins in Riad al-Solh Square in hopes of reviving the cause.

But for now they continue to meet in the tent they built almost two years ago in Beirut’s Riad Solh Sqaure, hoping for a resolution that can only come with the government’s intervention. Even though hope is bleak, the families maintain that they will not give up.

Mohammad Youssef, Hussein Amar, Ali al-Hajj Hassan, Seif Thebian, Ibrahim Mgheit, Ali al-Masri, Mustapha Wehbe, Abdel Rahim Diab, and Khaled Hassan. These are the names of the 9 Lebanese servicemen who were kidnapped by Daesh in 2014, and whose fate till date remains unknown. The men were taken hostage during the battles of Arsal in 2014, and were not part of the Qatari-brokered prisoner swap deal that saw the release of 16 Lebanese soldiers who were abducted by the al-Nusra Front in December 2015.

Militants from the Nusra Front and Daech are still entrenched in rugged mountains along the Lebanese-Syrian border and the Lebanese army regularly shells their positions. Though they have since retreated from Arsal where they engaged in deadly battles with the Lebanese army for several days, they still pose a great threat to the border and surrounding towns.

The retreating militants abducted around 35 troops and policemen of whom 16 have been released, four executed, and nine remain in captivity.

Mon Jul 11 , 2016
A young girl was allegedly gang raped in north Lebanon, the National News Agency reported on Sunday. She was only 16. Her assailants? Three men identified […] 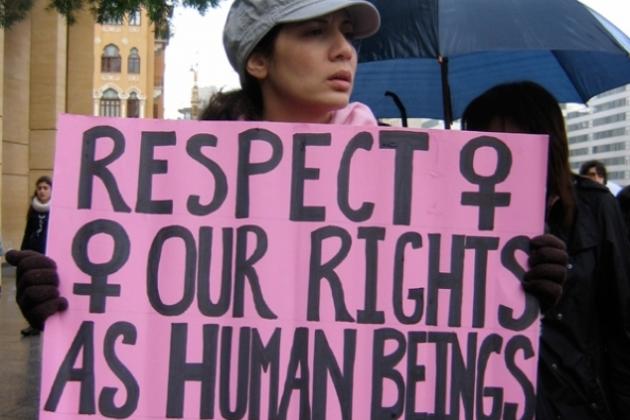