A young girl was allegedly gang raped in north Lebanon, the National News Agency reported on Sunday. She was only 16. Her assailants? Three men identified as Khaled M., Houssam D., and Najib D, with a fourth suspect also believed to have been involved. According to reports, they all hail from Tripoli’s Zahriyeh neighborhood.

The three have been detained by the army intelligence, and are currently being questioned by the concerned authorities. The mother of one of the suspects died from a stroke after learning of the incident.

The girl, who was reportedly drugged before being raped by the men, was identified as I.M., and is from Dahr al-Ain in the northern Koura district. Having lost her mother, she resides with her grandfather in Tripoli’s Abi Samra while her father lives abroad, media said.

Upon hearing the news of the young girl’s rape, the victim’s grandfather was admitted to hospital in critical condition after suffering a heart attack, media reports claimed. This was later denied by the grandfather in an interview with al-Jadeed, who also added that the girl’s parent’s were both present in Lebanon.

While the rape was confirmed by a gynecologist, a coroner has denied the claim. Conflicting reports are still emerging, with the girl’s aunt stating that the family is now being pressured into silence.

What happens to a woman after rape?

Depression, flashbacks, post-traumatic stress disorder, shame, guilt, thoughts of self-harm, thoughts of suicide and a myriad of disorders are only a fragment of what awaits a rape victim in the aftermath of the act.

Besides increased likelihood of PTSD, anxiety, and depression, women suffer from a much higher level of sexual dysfunction, the most common symptom being dyspareunia (pain during intercourse). Other issues include problems with menstruation, chronic pelvic pain, sexually transmitted infections and diseases, and lifelong inhibited arousal.

Traumatized women were also found to have an elevated level of cortisol (a stress hormone), which if released on a regular basis can contribute to several health problems and can even have permanent effects on the brain.

Social ostracism greatly contributes to further trauma. Acknowledgment is one of the most important factors that can help a rape victim heal. The more rapes are brought into light the less secondary trauma for the victim. Currently only a small number of rapes are brought to trial. This is mainly due to the poor support system that victims find themselves in in the immediate and continued aftermath.

There are no statistics nor are there studies in Lebanon to confirm the number of rape victims and prosecuted rapists. But one can fairly assume that gender based crimes are nowhere near declining. Such is the reality of a society that does not acknowledge the severity of the crime at hand.

So many cases, so little justice:

A simple online search of rape cases in Lebanon will yield multiple results. Individual rapes, gang rapes, incestuous rape, extra-marital to inter-marital rape, organized trafficking and sexual slavery are only some of the many cases reported in the news. While media attention certainly does attract public opinion and momentary condemnation, many of the cases are forgotten shortly thereafter and only a fraction of the perpetrators of these crimes receive a just prison sentence. 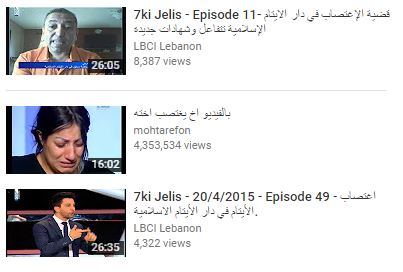 In 2015, a young woman was also raped in the similar fashion by 5 men on a remote Lebanese beach. Upon reporting the incident and standing before a judge, the girl was subject to severe blaming and was made to deny the charges by the judge himself. The report below outlines the details of her ordeal, which was likened to a story-line of a widely popular Turkish soap opera called “Fatmagül’ün Suçu Ne?”

The series becomes a reality once again:

In 2012, a popular Turkish television show by the name Fatmagül’ün Suçu Ne? (translated as What is Fatmagül’s fault?) became one of the most watched series across the country. The media wrote about, people talked about it and ratings skyrocketed.

The series, much like the aforementioned cases, told the story of a young woman who was gang-raped by three men on the shores of Turkey’s Ildir -a village off the Aegean coast. A fourth man, who was suspected of the rape, but whom did not commit the act, was solely blamed and made to marry the victim.

The events of the series tackle the victim’s rape, the archaic law that protects rapists upon marriage (shared by both Turkey and Lebanon), her recovery, and her long and arduous fight for justice. Much like in the real world, Fatma was blamed for the rape, made to suffer the consequences of the offenders’ actions and the corruption of the justice system.

Her journey, and above all, her coming to terms with her reality in an unforgiving, patriarchal society, are what captured viewer’s hearts. By the series’ end, and as soap operas would dictate, Fatma wins her case; the perpetrators of the crime are jailed, and peace and justice reign supreme as the protagonist learns to love and live again.

However little do notions that include victim empathy and “happy endings”, as portrayed with the Fatmagül phenomenon, translate into reality. As seen in the many cases listed above, justice has yet to be served to the assailants involved in various rape crimes, and condemnation has yet to amass a greater following.

Rape within the Lebanese Criminal Code serves as a prime example of how Lebanon is failing when it comes to gender equality and the respect of women’s human rights in general, and rape victims in specific.

Article 522 of the code stipulates that the state will not prosecute a rapist and will nullify his conviction if the rapist marries his victim. Similarly, articles 503 and 504 of the same code allow for marital rape, or rather, do not even consider it as rape (i.e. forced sex).

Not only does this place Lebanon’s rape laws in direct violation of the United Nations’ Convention on the Elimination of All Forms of Discrimination Against Women [CEDAW], but also of the international Beijing Declaration and Platform for Action of 1995, which considers marital rape as one of the elements encompassed by the definition of violence against women.

International bodies have repeatedly called on Lebanon to amend its discriminatory laws. The Committee on the Elimination of Discrimination Against Women has urged Lebanon to change its laws with regards to violence against women and rape, to no avail.

Rape is about power and society’s silence emboldens rapists:

Combating rape and sexual assault goes beyond just criminalizing and prosecuting it. It needs a societal change and an understanding of the attitudes that empower misogynistic traits and laws in the country. A society that can emphasize with a television series, but show little to no sympathy to a real victim is a society that is disengaged. A society that promotes the belief that the female body is inherently tempting and dirty and cannot be separated from actions that do violence to female bodies; that the politicization of female sexuality sends a message that the female body is public property and that women are less deserving of basic rights than men, is a society that emboldens rapists.

Why are suicide rates increasing in Lebanon?

Tue Jul 12 , 2016
According to a report published by al-Joumhouria, and which quotes the Internal Security Forces, suicide rates in Lebanon are on the rise. Numbers have been […] 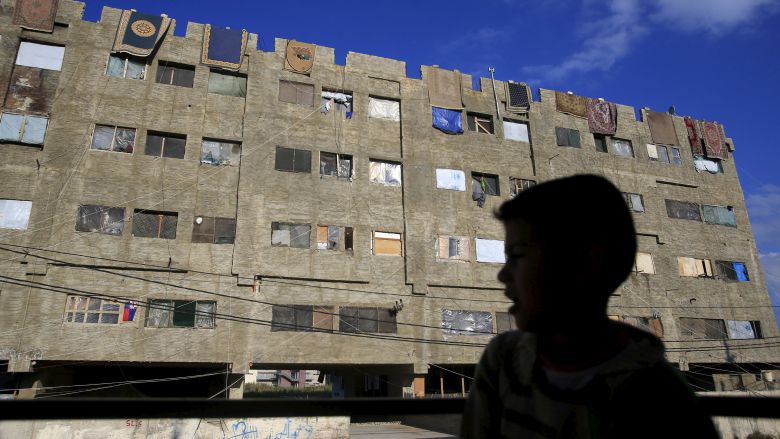