Condemnations were voiced, outrage was expressed, but now that the dust has settled, the village is left with the harsh reality of being at the receiving end of the government’s neglect –a reality it knows all too well.

Al-Qaa is a predominantly Greek Catholic village that nears the border with Syria. This is not the first time it is faced with tragedy. The village has more than once suffered the consequences of instability.

In 2006, dozens were killed when an Israeli air strike hit Lebanese and Syrian farm workers filling a refrigerated container with boxes of produce. Casualties were mostly Syrian who come to the border village looking for work. The attack against al-Qaa was the result of geographic contiguity as the town falls close Hermel, a Hezbollah stronghold, which was hit by at least three Israeli airstrikes during the July 2006 war.

Three decades ago, plainclothes Syrian agents went door to door seeking men, who were abducted and killed in a notorious chapter of Lebanon’s civil war. The residents of the town were set to observe and commemorate the tragic event that occurred 30 years ago, on June 28 -one day before the fresh wave of attacks took place.

Today the village mourns twice, and resentment has more than doubled, transcending al-Qaa and engulfing several other areas in Lebanon.

“Preliminary investigations suggest that four of the eight suicide bombers came from inside Syria and not from the surrounding refugee camps in al-Qaa,” Interior Minister Nuhad Mashnouk told reporters during a visit to the town.

“It is our humane duty to protect the Syrian refugees, however we will never allow them to harm the Lebanese people. The attacks that happened in al-Qaa were expected despite the security forces’ achievements,” he added.

The terrorist attacks that targeted the border village earlier this week were conducted by 8 suicide bombers who had reportedly come from Syria; the attacks of 2006 came as a result of Hezbollah’s [continuous] alliance with Syria; and the attacks of 1978 were also Syrian made. This has resurrected the demons of old for the residents of al-Qaa and for many other Lebanese.

Lebanon had been witnessing a rather cautious calm for the past year in light of the wave of terrorist attacks that mostly targeted its capital Beirut and surrounding suburbs in 2013, 2014 and 2015, and which left scores of civilians killed. Most of the attacks were claimed by the Islamic State or the al-Nusra Front, but no claim of responsibility was made for the al-Qaa attack.

The Lebanese government has warned of future attacks. Tensions are running high and people in al-Qaa are reportedly forming armed neighborhood watch groups. Lebanon’s Foreign Minister Gibran Bassil said the border villages formed part of a “fence” for Lebanon. “When a terrorist enters, he can go anywhere,” he added.

Bassil, whose Free Patriotic Movement party leads the largest Christian bloc in parliament, called on Sunday for municipalities to ban gatherings or camps of Syrian refugees.

Bottled up resentment, decades in the making:

Feelings of bottled up anger and resentment, more than 40 years in the making, against Syrians that once occupied Lebanon are now at an all-time high. Even though a decade has passed since Syrian forces, who invaded the country under the pretext of alleviating the Lebanese Civil War, left, the hostility many Lebanese feel toward Syria not only remains but is now fueling the tensions.  The feelings from that period were exacerbated by the regime’s involvement in Lebanese politics, including its alleged role in the assassination of former Prime Minister Rafik Hariri in a devastating suicide bombing in Beirut in 2005, and most recently with the flow of Syrian refugees into the country and the rise of insurgent attacks.

Several attacks have occurred in the past three years, most of which were adopted by the Islamic State and the al-Nusra Front –two terrorist groups mostly based in Syria.

It didn’t take long for the attacks against al-Qaa to bring about a backlash against Syrians in the country. As the five men were laid to rest, several attacks against Syrian refugees and workers across Lebanon were registered. Some municipalities even imposed curfews on Syrian nationals and many were threatened with eviction. In the following days, the Lebanese Army raided residential complexes and Syrian settlements in the South, Bekaa, North, Kesserwan and the southern suburbs of Beirut, arresting some 412 Syrian nationals for illegal entry. The Lebanese Armed Forces Command- Directorate of Orientation later announced that the Intelligence Unit had foiled two high-level security operations planned by the Islamic State group to attack a tourist site and a crowded residential area.

There are over one million registered Syrian refugees in Lebanon; a shy estimate to what in reality may be over 2 million. Lebanon has the highest number of [Syrian] refugees in the world per capita, many of whom are women and children. The strain on resources is far too great and politicians are using that as a reminder at every convenient opportunity.

So how is it fair that refugees, the weakest link, be made to pay the price for terrorist attacks they had no hand in? Did they not escape their country from terrorist attacks of the same nature? Is that not worth contemplating in the midst of these treacherous times? Questions that beg an answer.

Yes, Lebanon has a refugee problem. It’s collapsing under its own weight. But by demonizing every Syrian man, woman, and child, we do not solve this problem. On the contrary, we set the stage for something much worse. We make way for more hatred and more violence. There’s only so much bullying a despondent people can take.

What needs to be done:

According to Amnesty International, the world’s system for protecting refugees is broken. In light of this statement, Amnesty put forward a number solutions for how world leaders – in particular the richest countries – can start tackling this massive humanitarian crisis.

1-Opening up safe routes for refugees

This means allowing people to reunite with their relatives, and giving refugees visas so they don’t have to spend their life savings and risk drowning to reach safety.

Lebanon officially closed its border with Syria in early 2015, and now requires refugees to apply for tourist or business visas to enter the country. Conditions are dire to say the least, which leads to the next point.

Refugees who need it most must be resettled. Resettlement is a vital solution for the most vulnerable refugees, especially in countries like Lebanon where they lack basic aid and services. Developed nations must do their part in alleviating this crisis. Point three.

3-Saving Lives needs to be made a priority

World leaders also need to put saving lives first. No one should have to die crossing a border, and yet almost 7,000 people drowned in the Mediterranean alone in the two years since the first big shipwreck in October 2013.

Whether they travel by land or by sea, people fleeing persecution or wars should be allowed to cross borders, with or without travel documents. Pushing people back and putting up massive fences only forces them to take more dangerous routes to safety.

All countries should investigate and prosecute trafficking gangs who exploit refugees and migrants, and put people’s safety above all else.

Syrian women are being forced into sexual slavery; one of the largest human trafficking networks in Lebanon was uncovered this year.

Governments also need to stop blaming refugees and migrants for economic and social problems, and instead combat all kinds of xenophobia and racial discrimination. Doing otherwise is deeply unfair, stirs up tensions and fear of foreigners, and sometimes leads to violence – even death.

The UN has received less than half the funding it needs to support Syria’s 4 million refugees. This is now forcing 80% of refugees living outside camps in Jordan and Lebanon to do dangerous, degrading jobs or send their children out to beg.

8-Asylum is a human right

Barbed wire fences and chronic under-funding have left that vision of a better world in tatters. By ignoring the warning signs, world leaders have allowed a huge, global humanitarian crisis to unfold. Ultimately, it will be resolved by ending the conflicts and persecution that forced people to flee in the first place.

At the end, the world needs a reminder:

The world has a very short memory. In the aftermath of World War II, most countries agreed to protect refugees through the 1951 Refugee Convention, and through UN agencies like the UNHCR.

70 years ago, during the height of WWII conflict, thousands of European refugees walked the exact same path, but instead of traveling towards Europe with Germany in mind, they were evacuating that part of the world towards several other destinations that include the Middle East.

In 1944, the Middle East Relief and Refugee Administration (MERRA) began opening camps in Syria, Egypt and Palestine. With promises of a safe place to wait out the war and escape the bloody conflict.

So will wealthier countries do their part? Only time will tell.

Fri Jul 1 , 2016
I hate to be the bearer of bad news, but this beach season is looking more precarious with every passing minute. Not only are several […] 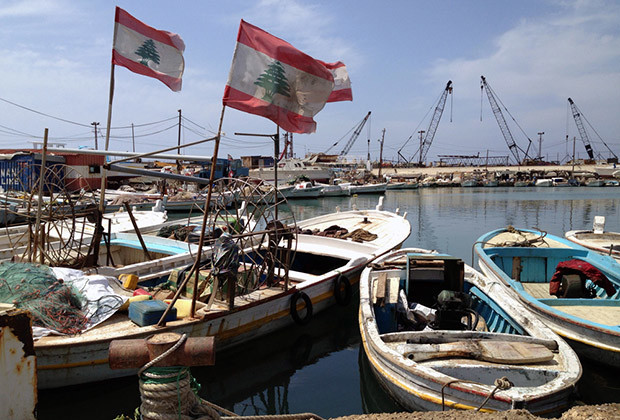