Delay your visa application! The United States, also known as “the land of freedoms and opportunities,” is growing to resemble Lebanon with every passing day. Although Washington and Beirut are miles apart, both geographically and ideologically, the experience of the citizens of both nations are becoming more and more alike. Far from being the idealized nation that boasts of its achievements on our silver screens, the U.S. has acquired many legislative and cultural tendencies that would make the Lebanese citizen feel at home.

Here are the five foremost examples:

In the most recent case of the kind, former Stanford student Brock Turner, having been found sexually assaulting an unconscious woman, has been found guilty and sentenced to 6 months in a county jail, not prison mind you, where he would potentially be exposed to other instances of his own crime. Prosecutors and police made every effort to make the accusation seem minor because he is a wealthy student of a prestigious university, supported by the community and foremost because he is white. No effort was made on the part of prosecutors to defame him. In Lebanon a victim of rape hesitates to accuse his/her rapist, because the burden of proof is laid on their shoulders by both prosecutors and investigators. If the accused is a respectable member of community then the effort is doubled and often met with failure.

In the wake of the municipal elections that were marred by outstanding violations, Lebanon looks to the United States for an example of clean democracy, but finds none. Instead the image we observe is that of divisiveness, exploitation of technicalities, willfully making the act of voting complicated and inaccessible to many, as well as a culture of speaking much but saying nothing. Bottom line? Donald Trump is the archetype of the Lebanese politician.

The U.S. is one of the few first-world countries that doesn’t provide free comprehensive healthcare to all of its citizens. Overtaken by the influence of insurance and pharmaceutical companies, American legislators have contributed to a culture that compels the northern citizen (Sarah Palin included) to drive to Canada in order to procure vital medication. In Lebanon people die on the doorsteps of hospitals since our closest neighbor is at war and many of its citizens are looking to us for healthcare support.

The U.S. is infamous for its high firearm possession rates. The great majority of citizens are proud or reluctant owners of such a deadly weapon. Whenever a firearm is used in a mass shooting, sales spike in gun stores; an ironic statistic that may very well refer to conditions in Lebanon. Celebratory gunfire is a very popular vice within our nation. It claims many deaths among the innocent, but continues to be regarded by the shooters as an overwhelming manifestation of virility.

Senator James Inhofe in 2015 held out a snowball in front of rolling cameras as definitive proof that climate change does not exist. This is the sort of reasoning that retains the U.S. from doing what must be done in order to delay the effects of climate change. This school of thought is encouraged and propagated by the lobbies of multinational corporations who benefit from carbon emitting endeavors. Much like any emerging economy, Lebanon hesitates to act upon the urgency that imminent climate change would incite in anyone. Industry continues to pollute; very little investment is made in renewable energies and innovation. The path to initiating significant change is made intentionally difficult and complex, by governmental bureaucracy, political infighting, and private interests.

It is never a pleasing experience to find out that a nation that fancies itself the shining city on a hill is as imperfect as our post-civil-war country. From an early age, many of us had regarded the land of opportunities showcased in our favorite movies as an ideal. Maybe it was the burgers, maybe it was the cool Air Jordans, or maybe it was the promise of something better. Yet among the benefits of age is clarity. This list is far removed from a complete account of the cultural similarities between Lebanon and the United States. Police brutality, racism, consumer culture, superficiality, and an unsubstantiated sense of cultural superiority are but a few examples of what has been omitted for the sake of brevity. Both cultures are fundamentally unapologetic; it is just as well because neither has a legitimate excuse. The U.S. is the wealthiest and most powerful nation on this earth, endowed with the ability to affect every other, while Lebanon is the home of an ancient people who should know better. It is foremost arrogance that crystalizes all other vices; is it the thing that makes society unable to judge itself. Maybe it is arrogance that will cause us to share the same fate.

Disappointing reaction: Many Lebanese remain silent as domestic worker is beaten in public

Thu Jun 9 , 2016
A social experiment was performed in a crowded supermarket, recorded by the hidden cameras of the MBC network, where a Lebanese woman mistreats her […] 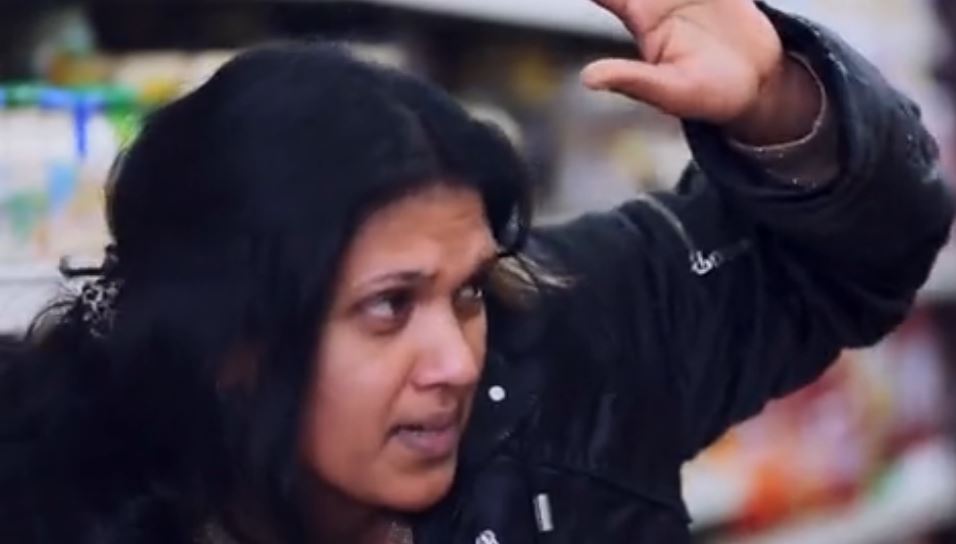