A social experiment was performed in a crowded supermarket, recorded by the hidden cameras of the MBC network, where a Lebanese woman mistreats her domestic worker of unspecified south-east Asian descent, before the eyes of shoppers and passersby. Evidently, the experiment is meant to engage public opinion on the subject by observing the reactions, which the scene incites in onlookers.

Most shoppers fail to initially react, expecting someone else to intervene in their place, or worse, are merely shocked and embarrassed by the fact that a private matter is occurring in the full view of a crowd.

In the video, after embarrassment and crowd mentality compels most onlookers to silence, very few persons manage to confront the supposed abuser.

Coincidentally, this video comes on the heels of Sri Lanka’s decision to prohibit its citizens from working in Lebanon and the region as domestic workers. It is not the first country to enact such legislation, Ethiopia once attempted similar measures, but despite the moratorium both Ethiopians and Sri Lankans continue to travel to Lebanon in search of employment.

In the last year several foreign domestic workers took their own lives, 17 male and 24 female. Tens of cases of mistreatment have been recorded; a shy estimate considering that most go unreported.

Very few among us are unaware of the negative conditions that surround the lives of foreign domestic workers in Lebanon. The MBC program does not serve the purpose of informing the public in this instance. At its best the program incites people to consider their own position on the subject. It compels the viewer to imagine what they would have done if the scene had occurred before them in real life. It refreshes an all too often forgotten subject of conversation. This very article is indicative of that fact.

But at its worst, the program exploits the unfortunate circumstances of a substantial minority for the sake of shocking viewers in order to retain them. The scandalous nature of the program is merely a hook to grab the attention of the audience.

The program is not without an offensive quality, but it would be a failure of reasoning to lay the blame solely on its producers. In a way it merely acted as a mirror reflecting the ills of our society for which we are as individuals partially responsible for. In Lebanon it is not only legal, but it is the standard practice to retain the passport of one’s foreign employee, to become possessor of every legal right over that person. By doing so domestic workers become more vulnerable to myriad abuses, from overworking to rape, and everything in between.

It is difficult to imagine what a domestic worker of south-east Asian descent (or any other nationality for that matter), who dwells in Lebanon, would be made to feel if they were to watch the program in question. It would have been interesting to include in the show a segment during which the person portraying the victim could express her legitimate opinion regarding the subject being explored. It is questionable whether they would have been encouraged to speak out against any possible abuse; it seems as though the program was targeting the employer as opposed to a possible victim. Had the creators of the show been concerned with the conditions of domestic workers, truly, they might have referenced the address of one of the few institutions that are committed to supporting victimized foreign workers.

It is fair to mention that we have no access to the complete program, only to the segment that was posted online.

If you are a foreign domestic worker or know anyone who is being abused at the job, please contact the Ministry of Labor’s hotline on: 1740, which operates 24 hours a day, 7 days a week. Alternatively you can contact KAFA (Enough Violence and Exploitation) on: 03- 018019.

Mon Jun 13 , 2016
A bomb rocked the Lebanese capital of Beirut’s trendy neighborhood of Verdun on Sunday evening, just as people broke their Ramadan fast for the day. […] 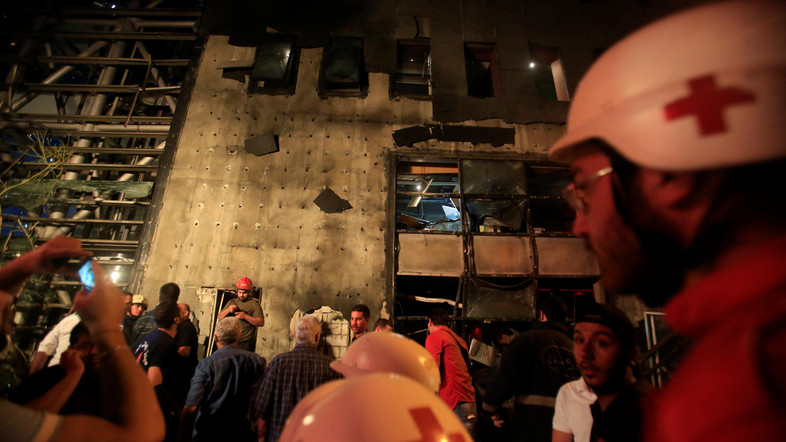