A lion is being offered up for sale on Facebook and the price stands at $5000. According to the seller’s post, the 5 month old male cub comes with “documents and a medical passport.” Upon further investigation, it appears that he is attempting to secure a deal prior to the operation. The Newsroom Nomad spoke to the seller in question and this is what he had to say about the sale.

Note: The post has been removed, but it remained on Facebook for over 13 hours and up until we spoke to him. Whether or not the sale has been cancelled remains to be seen. 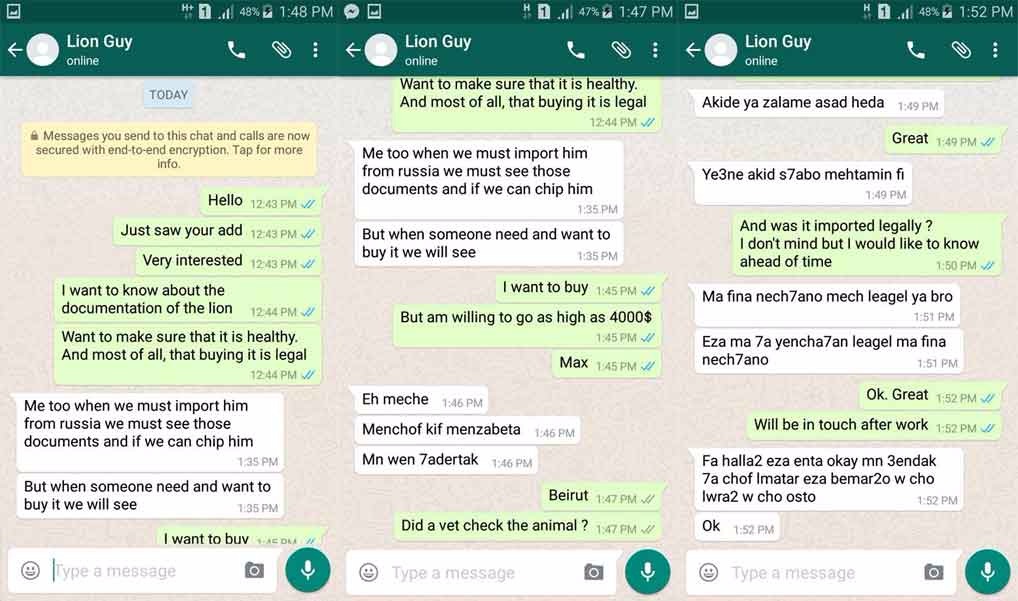 The cub in the photo appears to be an Asiatic Lion (Panthera leo persica), which is listed as an endangered species by the IUCN (International Union for Conservation of Nature and Natural Resources). Although the dealer assures that the sale is legal, it is not.

Lions are particularly appealing to the wealthy as they usually go for 5,000, or even $10,000 at a time. Their popularity has even surged in recent years, prompting illegal traders to smuggle more of them into the country. Despite the conflict, Syria is commonly the most frequented route used for the illegal smuggling of big cats. Beirut International Airport is another.

Souraya Mouawad, head of animal rights organization Animals Pride and Freedom, told the Daily Star that the entry of such animals is secured through illegal means at the airport, namely by a man allegedly known as Alaa, who is protected by what she referred to as “powerful figures.” The illegal trade of wildlife spans to include other animals like chimpanzees, baby crocodiles, African gray parrots and vervet monkeys that come in by airplane from countries like South Africa and Ukraine, she added.

Wild animals, including lion and tiger cubs become too large and strong to be kept indoors and often end up locked in a backyard cage or sold to a zoo. Zoos in Lebanon are a whole different story. Most of them are privately owned and are composed of cement and metal bar cages where trafficked animals are neglected and suffer from stress and medical issues.

According to Animals Lebanon, an animal welfare NGO, several beasts die in their cages, having succumbed to disease or starvation. Zoo owners admit to illegally acquiring a range of endangered species including chimpanzees, bears and lions, and have worryingly expressed a desire to import elephants, zebras and giraffes.

Lebanon does not have specific laws regulating private possession of animals, namely big cats, but it did become a signatory to CITES (the Convention on International Trade in Endangered Species of Wild Fauna and Flora), in 2013. Although the convention doesn’t replace national laws, CITES’s framework did help Lebanon lay down the groundwork for a draft animal welfare law that was passed by cabinet in 2015 but has yet to be ratified.

In the best of conditions, a zoo is an inhumane form of captivity that both oppresses ever-rarefied animals and depletes the casual visitor of their empathy. While the private ownership of such animals deprives them of their natural habitat.

Fighting the trafficking of wild animals is far from a priority in Lebanon, a country with more pressing political issues and an often compromised security situation. But this blogger hopes that the lion in question will not become another victim in Lebanon’s long line of animal abuse cases.

Vigilante justice, the media, and the murderer

Thu May 26 , 2016
Maarouf Hamieh kidnapped and murdered the nephew of Mustapha al-Hujeiri (Abou Taqiyeh) over the grave of his son, Mohammad Hamieh, a Lebanese army soldier, who […] 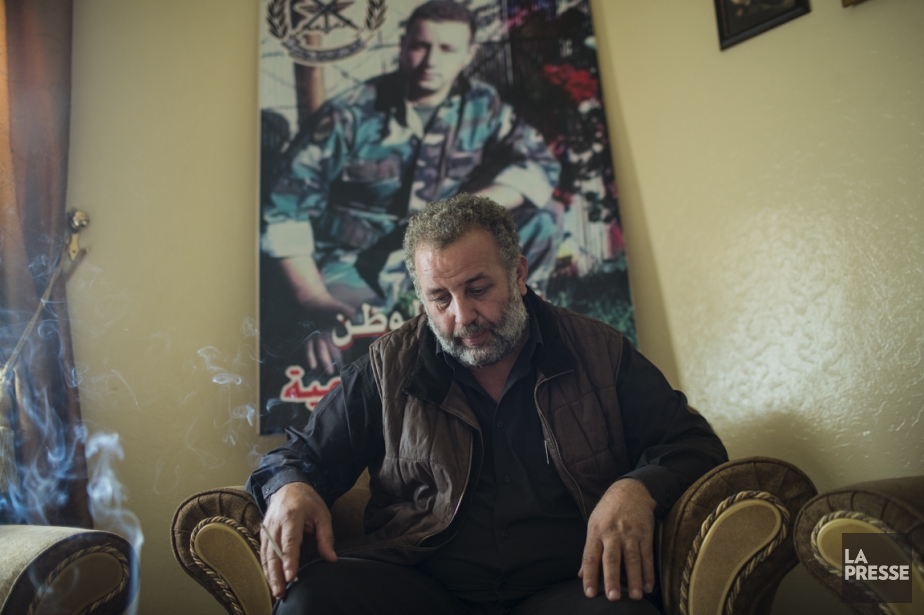