The indiscriminate killing of migratory birds in Lebanon is once again making the rounds on social media platforms, with the latest photos depicting what appears to be several storks laying dead, and a proud hunter posing behind. The photo, which was posted by veteran environmental activist Paul Abi Rached on Facebook, is not the first of its kind as the illegal hunting of birds continues to be a rampant reality in the country.

Lebanon is one of the most important migration routes in the world. Migratory birds, like storks that travel along the African-Eurasian flyway, often rest in Lebanon before they can continue their journey to Europe. They are heavy birds and so cannot easily escape when attacked. White storks (Ciconia ciconia) and Blackcaps (Sylvia atricapilla) need the warm air to propel them into flight. The birds you see in the photo above were shot on the ground, during the dark and cold hours of the night.

“Paul the stork” was named after Paul Abi Rached when the latter completed a one-week visit to Poland in the summer of 2015 upon the invitation of Polish environmental association, Grupa Ecologiczna. During the event several birds were tagged with trackers to help monitor their migration from Africa to Poland. According to Abi Rached the tracker on Paul, the stork, stopped transmitting signals the day the massacre took place. It is highly probable that the bird was killed*.

Poland formally asked Lebanon in 2014 to allow storks to safely migrate over its territory on their journey back to Europe where they nest and breed. Environment Minister Mohammad Machnouk pledged to pursue the issue, asserting that “the issuance of the Environmental Public Prosecution Act, which allocates environmental lawyers, will control the violations,” and “the ministry will cooperate with municipalities to prevent this phenomenon”.

Earlier this month, and in a rare move, the Minister handed a letter to the Environment Attorney General of Mount Lebanon, judge Claude Ghanem, requesting the prosecution of 3 hunters that violated law 580/2004. The step was taken after Mashnouk was made aware of 3 suspects posing with dead pelicans and storks on the outskirts of the Bentael reserve. According to the law, it is forbidden to display dead prey on cars and in public, and the species of birds in the photos are protected by law.

But to Abi Rached, this is not enough. Prosecuting 3 hunters out of hundreds and doing little to ensure that the practice is done within safe perimeters, is tantamount to destruction. Greater efforts must be exerted on the part of Muhafizeen and local municipalities to ensure that hunting is not practiced year round, he lamented, holding the Ministry of Environment, the Ministry of Interior, and the Ministry of Agriculture responsible for the myriad violations occurring on Lebanese territories on a daily basis.

“The police, Internal Security Forces, and the ministries have thus far failed to stop indiscriminate hunting practices, illegal quarries, and the pollution of our natural resources vis a vis the garbage crisis … if they can’t do that, what good are they?”

70-100 birds are killed in Lebanon per person, per day. According to the hunting law, only 10 species of bird out of 400 can be legally hunted between September and January. They include quail, woodcock, and song thrush. But the verdant plains of our nation are littered with oafish men in amateur camouflage who fancy themselves adventurers. Equipped with semi-automatic rifles and devices that play the recorded mating call of their desired prey, they give themselves every conceivable advantage in the process of robbing the struggling local fauna of its few remaining birds. They hunt indiscriminately in Spring, when the mating call is most effective, and keep firing at a flock until its final member has been downed.

Storks are revered in Poland and are seen as a good luck omen. In Zivkovo, residents have a distinctive experience with storks, where the village protects the birds, whose numbers in the summer exceed the number of Poland’s population. Villages rely on birds to attract tourists and to fight against displacement from the countryside. They do what they can to host these big white birds that play a great part in their livelihood.

There is no place for hunting in modern society. I know that it is hard to go against one’s natural inclination, but we are at the border of the precipice, mere decades away from an ecological cataclysm, and when disaster looms, it is time for reason to prevail over all. Wilderness is no longer the limitless predatory landscape which attempts to devour the realm of men. Man has extended his dominion over the entirety of the world, and nature has become an endangered species displayed in a cage. When we compete against it, we compete against our own reason.

*Paul the stork was found to be alive and well, according to a post published by the Embassy of the Republic of Poland in Beirut – May 17, 2016.

Brazil's "Lebanese" President is all about money over environment. Sound familiar?

Fri May 13 , 2016
While many in Brasília, and (oddly enough) Beirut celebrate the suspension of Dilma Roussef, Brazil’s first female president, and the appointment of Vice President Michel […] 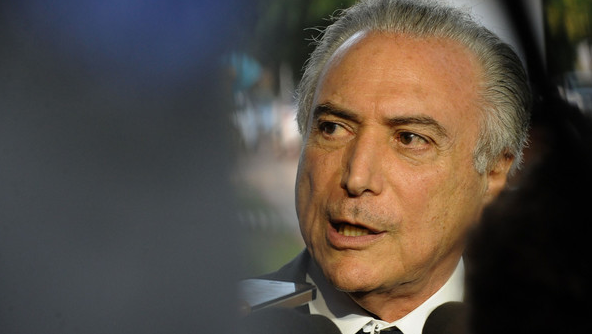