You’ve probably seen it on your social media timelines and if not, here’s what’s been happening to a portion of our marine wildlife.

In the past weeks, several female marine turtles were found dead along the coast of Lebanon stretching from south Beirut down to Naqoura. This has been documented by the Orange House Project and the Lebanon Eco Movement; two environmental conservation NGOs who named Lanatte poisoning, pollution, and dynamite fishing among the main causes of death as per their social media posts.

Marine turtles usually make their way to our coast during this time of year to nest, but are more than often met with complete disregard and unsustainable fishing methods.

With sea pollution at an all time high and frenetic shoreline construction, less than 5% of the Lebanese coast remains clean, namely the Kolaila beach and the Mansouri beach -where the Orange House is located and where turtles often nest.

These areas are now under more pressure to withstand the challenges that will come with increased levels of pollution and lack of public awareness and although they are recognized by local municipalities as protected areas, the law does nothing for them.

Marine turtles and other wildlife are rarely ever mentioned in the news and are dismissed as “non-worthy issues” in light of recent events. Our schools are not inclined to hold extra-curricular activities that highlight the importance of Lebanon’s remaining wildlife, which promotes a culture that tolerates news such as this.

By highlighting the vital role that marine turtles play in our environment, we hope to provide information that can easily be circulated on the subject matter.

If marine turtles are unable to lay their eggs in the manner in which they are supposed to, they will decline in number. If that happens, it will have a direct impact on us. Here’s why:

– Sea turtles eat jellyfish, preventing the reproduction of large blooms that would otherwise wreak havoc on fisheries, recreation, and other maritime activities.

– Coastal dune ecosystems rely on the nutrients deposited by sea turtles that come to shore during the warm seasons to nest. Sea turtles use sandy beaches to lay around 100 eggs per nest, 3-7 nests per season. Not all will hatch and not all hatchlings will make it out, thus becoming the much needed nutrients for beach vegetation which in turn prevents beach erosion.

– Sea turtles are keystone species. Without them, the health of sea grass beds – which in turn provide breeding and developmental grounds for many species of fish, shellfish and crustaceans – deteriorates. The reactions could result in the decline of several marine animals dependent on sea grass beds for survival.

– If sea turtles go extinct, the entire health of the ecosystem will be affected because if one goes, the rest will follow -us included.

It is easiest and more gratifying to attack those who unwillingly contribute to the furthering of the problem, it is quite harder and less immediately fulfilling to incentivize healthy practices and scale the long tortuous path that leads to solid sustainable solutions. That is why it is incumbent on each one of us to compel the government to enact legislation that restricts the practice of commercial fishing to environmentally friendly methods, as well as enforce similar laws which are already on the books. In addition to sound legislative efforts, our nation should subsidies the traditional fishing sector of the commercial fishing industry, in order to support the usage of rapidly disappearing traditional techniques, for environmental and cultural reasons, as well as to improve the lives of the few families who still apply this ancient knowledge. Our schools must also adopt environmental education as a means to better install green ethics in future generations to come.

Tue May 3 , 2016
In a rather emotional display of fervent political loyalty, supporters of former prime minister Saad Hariri sacrificed many lambs in honor of a visit from the leader […] 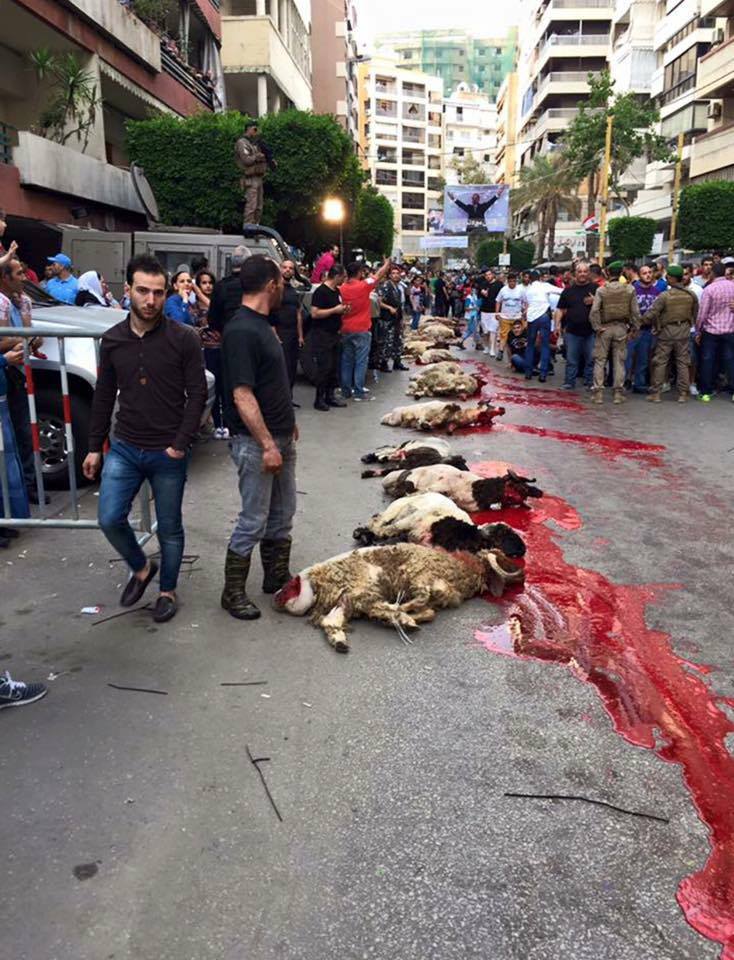