There’s no doubt that Beirut Madinati is facing an uphill battle in the upcoming municipality elections set for May 8. There’s also no doubt that that battle is multifaceted, complex, and novel all at once.

On the one hand the grassroots coalition faces an established patriarchal clientele system; on the other they face our [and their own] collective depression.

Personally, I have never been as depressed about the current state of affairs in Lebanon as I am today. Having covered a myriad issues -from war, to sectarian clashes, to the rise and decline of the civil movements of 2015 and the [still remaining] garbage crisis- Beirut, to me, now stands at the threshold.

Enter Beirut Madinati (meaning Beirut My City), a self-described group of concerned citizens channeling the collective frustration that became the center of the capital city during the summer of 2015, and putting it to use by way of the ballot box.

To some this comes as a welcome relief from an otherwise stagnant political class that has made a mockery of democracy. To others, the group’s demands are simply unrealistic, with many even deeming the movement a grand PR stunt grounded in the aspirations of disgruntled youths hungry for change. To me however, it is an overdue departure from street activism to practical politics, and one with the ability to instigate change pragmatically and without haste -if given the proper chance.

Beirut Madinati announced its full list of candidates last week, composed of men and women equally. They also announced their program and revealed their funding sources.

The candidates, the program, the criticism

Their list boasts high profilers that include renowned director and actress Nadine Labaki, singer/songwriter Ahmad Kaabour and Donner Sang Compter’s Yorgui Teyrouz, and has attracted as much praise as it has criticism in relation to both the administrative qualifications of the contenders, and their novelty.

Their manifesto promotes plans for greener areas, affordable housing and urban mobility, which many fear may not appeal to the wider audiences of Beirut mainly due to the overshadowing sense of unattainability and entrenched party allegiances. Some citizens of the capital city have grown accustomed to living with -and sometimes even justifying- the broken promises of traditional leaders, which in turn promote patronage and party dependence.  Others have simply run out of patience for long-term, effective change. Beirut is also a city of familial connections with predetermined allegiances based on sect and status.

Amid fear and much doubt, the schism between support and disdain show the complex dynamics at play in this election. And while Beirut Madinati has garnered significant online support and the endorsement of former Interior Minister Ziad Baroud, it is still fighting a tough battle.

In the aftermath of the decline of the civil movements that swept Beirut in the summer of 2015, and the disappointment that followed, the belief in a new movement like Beirut Madinati comes with its own set of challenges.

Long accustomed to discontent, the Lebanese at large have a history with resorting to the familiarity of indifference and despair. Many factors support this notion, namely our genetic disposition to stress brought forth by years of war and suppression, and a party culture passed off as resilience.

But by touching on equal gender representation, presenting a manifesto, and enacting a policy of financial transparency, many argue Beirut Madinati has already (at the very least) highlighted what is inherently wrong with the current system -injecting hope into the veins of people longing for representation- even if they don’t win; even if it’s just a PR stunt.

For now it only remains at that and while they do have a long way to go in terms of appealing to the wider masses, overcoming nuances, and attempting to secure a victory, they have at least brought change back into discourse.

I cannot vote in Beirut, but I do hope an alternative list -such as Beirut Madinati- wins the capital city, because a change in the narrative in Beirut could serve as a model for change in other places, namely smaller towns and villages across Lebanon.

For now, I will have to resort to simply observing Beirut Madinati and other groups advocating change, especially since so far there are no contending lists in my hometown.

At the end of the day, elections are all about choice and trust; merits that must be seen as determining agents in winning over disenfranchised citizens in the battle for democracy. What becomes of that trust and its value to the winning parties -whomever they may be- is matter that remains to be seen.

One thought on “Beirut Madinati: Between collective depression, cautious hope, and criticism”

Tue Apr 26 , 2016
In light of the announcement made by Jordanian authorities to ban Lebanese indie band Mashrou3 Leila’s April 29 performance, fans have taken to social media to air […] 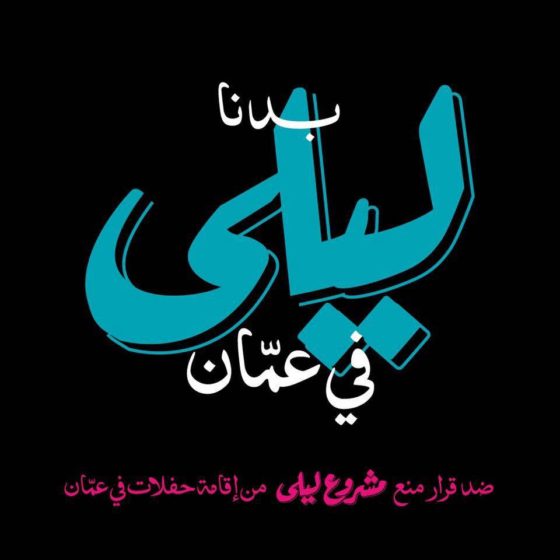