This article was published at StepFeed on March 8, 2016.

If you’re feeling a little discouraged about the situation of women’s rights in the Middle East today and are looking to boost your morale, then we’ve got the list for you.

From Palestine to Syria, Egypt to Morocco and Iraq, these women raise the bar both musically and inspirationally.

Renowned for her tantalizing vocals and activism, Amal Murkus has toured the world and performed with international artists, taking part in myriad conferences on women, war and peace. But it’s her track with socially conscious Palestinian hip-hoppers DAM that caught our eye today.

The song tells a story of a victim of an honor killing in reverse, from the moment of her horrific death, to the forced marriage that triggered her ill-fated attempt to flee, and finally back to her childhood.

Known as the woman with an accordion, a sweet voice and biting lyrics, Egypt’s Youssra el Hawary’s politically charged “El Soor,” is one song you cannot miss. Despite the simple framing, “El-Soor” is a hard-hitting political commentary about authoritarianism and social inequality in her native country.

Youssra Oukaf, a young Moroccan female rapper better known for her stage name Soultana, first entered the local hip-hop scene at the tender age of 13. She has come a long way since then, securing her place as an internationally recognized artist and as an activist. She is best known for her hit single “Sawt Nssa” (The Voice of Women).

Nadin Al Khalidi, an Iraqi-Egyptian refugee and the front person of the Swedish based bandTarabband, is one lady to draw inspiration from. With her band’s music narrating her journey of exile, survival and rebirth, its no wonder they were nominated and awarded the “Tradition Bearer” and “Best Crossover” at the 2014 Swedish World Music Awards. 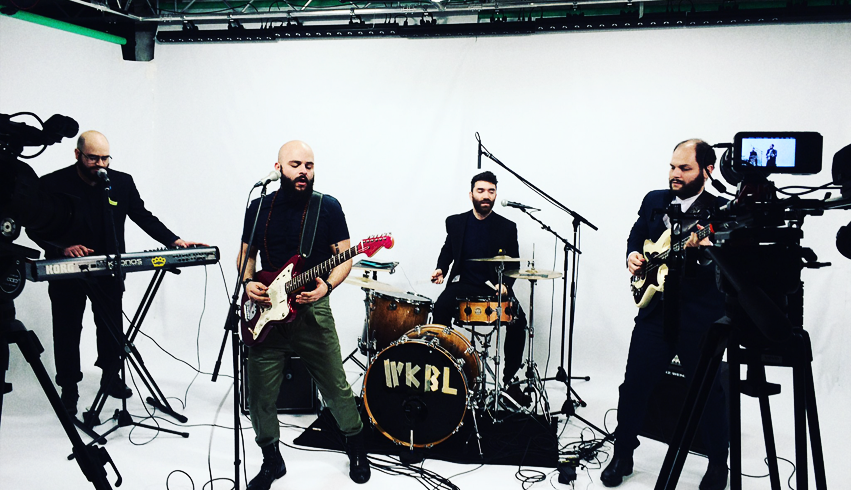