Just a few days after Lebanon marked International Women’s Day with the lighting up of Beirut’s Grand Serail in pink, a woman in Tripoli succumbed to her wounds a month after her husband had hit her on the head with a rock.

According to media reports, the attack took place in the city’s Bab al-Raml cemetery. She would return a month later to that very same one, as a lifeless body, becoming this year’s first officially documented domestic violence homicide.

Rayan was only 24 years old. She was a mother of three*. Rayan was protected by the domestic violence law. But that didn’t faze her husband, who would become her murderer.

He was arrested by the security forces. But media reports fell short of so many details. Who was she other than being a wife and a mother? What did she look like? (Her family has not released any of her photos, only a death announcement). For how long had she suffered? Did she ever seek help? Was she aware of her rights? Could this have been averted had there been someone who’d assisted her? Why wasn’t her husband arrested immediately after the attack?

Rayan is not alone. So many women suffer in silence. A few days ago, Hanan –a woman who was raped and made to marry her rapist under article 522- spoke about her ordeal on LBCI’s Ahmar bil Khat al-Areed.

Hanan killed her daughter minutes after giving birth to her alone at home. Drenched in a pool of her own blood, she wrapped a piece of cloth around her child’s neck until she had drawn her last breath.

“I looked at her and saw my own face … I couldn’t bear that she suffer the way I was suffering,” she told the host Malek Maktabi. “In that moment, I wished I was her.”

Hanan was raped when she was 15 years old by her neighbor, and forced to marry him. He and his father would abuse her both physically and sexually for several years.

There are hundreds of Hanans out there. Several Rayans. According to reports, almost half of the Lebanese population has known or encountered a victim of domestic violence.

This isn’t just about having better laws, but about raising awareness and providing the right channels. Many women do not trust that the security forces would come to their aid and so resort to silence. They fear their families. They fear a ruthless society. They prefer death.

Today, we march. Women’s rights groups are gathering in Sassine square at noon. We will demand for more representation in parliament, for a personal status law, for justice and equality, for the enforcement of law and order …

Many believe that this protest will yield little result, but change is not given, we need to take it.

It’s time the tables are turned.

*The death notice says Rayan Iaali was a mother of two, however media reports and KAFA have confirmed that she had three children. The third and youngest child, a daughter who is now 5 months old, isn’t mentioned in the death notice, nor are the names of any other women in the family, in line with patriarchal tradition.

Edit: For those who can support the family of Iaali, please transfer what you can to the bank account created by the family for this purpose. For more details, click on this link. 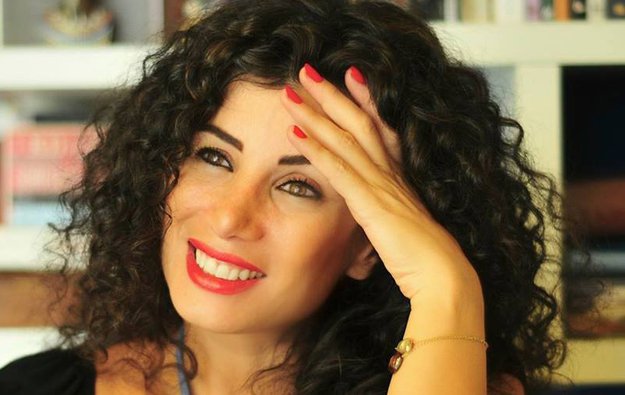