Excuse me for being less than enthusiastic about that one day during the year when politicians decide to “celebrate” women. Excuse me for not being impressed. I am tired, and bitter, and fearful of the day when I might be raising children in Lebanon. Will my daughter be able to withstand the challenges that I myself have faced? Will I be able to teach her to overcome the hurdles that society and law put in her way based on what’s between her legs? Is the fight worthwhile?

This day, to me, feels like nothing more than a campaign of sorts, an occasion, a photo op for politicians and officials in Lebanon –a country that has a total of 4 female MPs. A country whose cabinet includes only 1 woman, and whose first State Minister of Women’s Affairs is ironically a man.

Just Monday, said minister Jean Ogasapian pledged his support to women struggling for their “full rights” at an ESCWA event in Beirut titled, “Women’s empowerment is the nations’ empowerment.”

“Appointing me as State Minister for Women’s Affairs came as a surprise and today it became a challenge,” Ogasapian said.

‘A surprise? Were the cabinet formation consultations a pageant of some kind?’ a baffled audience member might ask.

“I add my voice to that of Lebanese and Arab women who are struggling and accomplished many achievements … to grant women their full rights,” he continued.

What would a man (privileged enough to enter the realm of Lebanese politics) know about the struggles facing women? What would minister Ogasapian know about the glass ceiling, sexual harassment at the workplace, lack of representation and other matters that concern us women? Not much I suppose, save for what he’s being taught through meetings, papers and news reports etc.

And therein lies the problem.

Just this week, Rita Chkeir, one of the country’s latest victims to be deprived of the custody of her child due to the lack of a personal status law, took to the media to voice her plight. She is the latest in a string of thousands of other cases that involve domestic violence, divorce, and discrimination.

Rita will only be allowed to see her son for no more than three hours a week, the Jaafari court ruled. And her ex-husband’s family -and prime witnesses of her abuse- are more than happy to comply, Rita says.

Rita is just another Fatima Hamzeh, a woman who refused to hand over her son to his father after she lost her custody battle in court. As a result Hamzeh was jailed only to be freed a few days later after her case sparked protests.

But why is it that women in 2017 still feel the need to take private matters to the media? It surely isn’t about fame, after all our society can be ruthless. But rather, it’s out of desperation.

Most politicians aren’t really interested in improving the overall situation of women unless it brings them publicity and recognition. Media channels and statements give them just that. They get to appear being concerned. They get to play hero, for a day or two.

But the truth remains constant: legislation to improve the rights of women in Lebanon is painstakingly slow. Activists and NGOs making the demands are told time and time again that women’s rights are not a priority in a country whose national security is continuously undermined.

It’s the very same reason the parliamentary elections were postponed, not once, but twice. It’s the same reason why several women were killed in domestic violence cases throughout the past years. It’s the very same reason why certain men in politics feel entitled enough to cast blame on rape victims, to laugh off and mock legislation proposals that aim to protect women from sexual harassment at the workplace, to keep religious institutions and their respective courts in power when a civil status law would not only assist women like Rita and Fatima, but help create a more egalitarian society… It’s the same reason why the scrapping of law 522 remains in the works, why the Kafala system remains in place, and why human trafficking, child marriage, and sexual slavery are still a reality.

In other words, it’s because of men, privileged men in power, who have yet to experience the injustices of the system they conveniently choose to ignore. Perched on their comely thrones, they sit in their marble towers. Safe from the experience. Shielded from the humiliation.

This is why we must act. Although there are talks of a third parliamentary extension, the vote will happen one way or another. And we, as women, must be prepared.

The only improvements we’ve seen in legislation throughout the past year or two have come as a result of the tireless work of women’s rights NGOs and groups. The domestic violence law, as imperfect as it may be, and which only came to fruition after the killing of several women, is starting to show its effects.

According to KAFA’s Maya Dolly Ammar, domestic violence killings are on a decline. 2017 saw zero murders. Last year there were 5 and 3 suspicious suicides. 2015 saw at least 6 murders… So, legislation coupled with effective court rulings and awareness campaigns can and does make a difference, she says.

On Saturday, dozens of Lebanon’s women’s rights activists, students, writers, and NGOs will be uniting for a march that begins in Achrafieh’s Sassine square.

Organizers are using the hashtags #IWDMarch & #مسيرة_النساء on twitter to call for the march.

If you can’t make it to Beirut, that’s fine. Participate online and make yourself heard. But if you do live around the Beirut area, do show up. There’s no better time to be heard.

The deep seated patriarchal system that is our current political structure can be likened to an analogue machine whose operators and sole beneficiaries insist on its efficiency when the world has gone wireless. It’s outdated, highly polluting, and ineffective.

It’s high time to make a change. Silence is no longer an option.

Thu Mar 9 , 2017
A renewable resource is being wasted. The landfills of Lebanon have become the final destination for glass products after they had served their purpose. Glazing […] 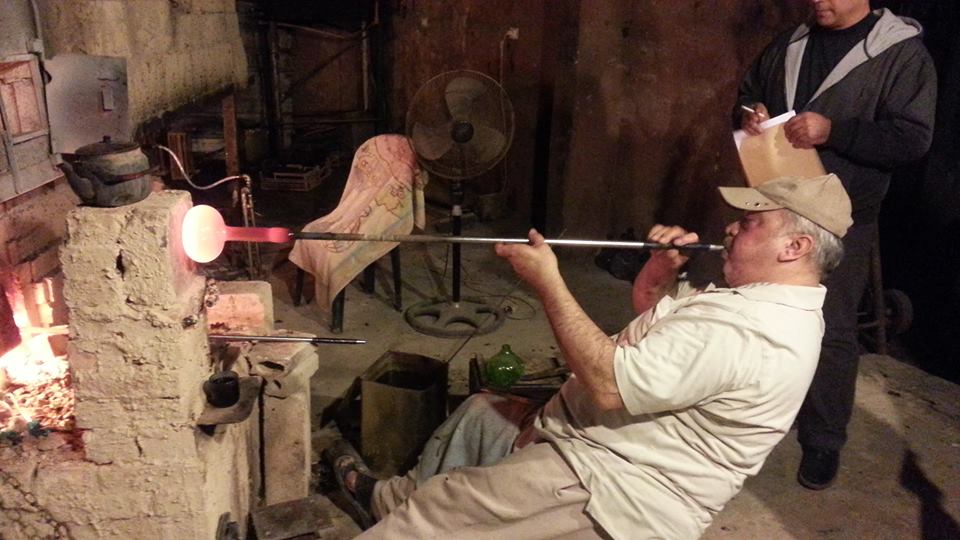