I didn’t watch Miss Lebanon. I am not a fan of beauty pageant shows. I believe their current format is outdated, restrictive and in need of an overhaul. They cultivate a generic beauty standard that relies on 80% looks and 20% skill; a femininity that only speaks when spoken to, that smiles and smiles through hunger and the pain of high heels; a femininity that mistakes the superficiality of mentioning world crises for merit; it speaks for “world peace,” and an “end to famine and inequality” without tangible results; it honors appearances over actions, disenfranchising thousands of women in the process.

Many may argue that participating in pageants is a great moneymaking method for contestants; one that encourages women to seek exposure for future opportunities. As true as that may be for some (no judgement there), pageants have increasingly throughout their history become a standard by which the success of a woman is measured by the smallness of her waist. The moneymaking part is real -very real- but only real to that one winner and the army of organizers and promoters around her.

20-year-old Sandy Tabet was crowned Miss Lebanon 2016 in an extravagant event that took place on Saturday night at Casino Du Liban, attended by hundreds and viewed by thousands. But it wasn’t so much the spectacle that aroused the ridicule of commentators in the aftermath of the show, more so than it was the results and the answers of the contestants –a reaction that triggered me to write blog post.

Many years ago, my mother (a product of her time and holder of several local pageant titles) insisted I participate in a beauty pageant for Lebanese Australians in Sydney. She was hoping the contest would broaden my horizons in terms of career prospects and networking. I reluctantly obliged, armed with a false sense of optimism that my preconceived notions regarding the beauty industry would be proven wrong. I was mistaken; they weren’t at all. In fact, the experience put me off ever wanting to participate in such events again.

It was nerve-wrecking; participants were encouraged to watch their diets in the run to becoming their “best”, their “thinnest”, their “most beautiful.”  There wasn’t much focus on training contestants on how to confront the stress that comes with being half-naked in front of hundreds (or thousands) of viewers, nor were we trained nearly as much as we should have been in the art of answering tough questions.

We were told to smile and hold a straight posture; to be graceful and beautiful on stage no matter what was going on behind the scenes. In short, we were being overly processed for what would become just another unattainable, unhealthy image for other women out there a la “sois belle et tais-toi”.

I gather this was the same tenet that governed the proceedings of our latest Miss Lebanon. Judging by the comments and articles that were published in the aftermath of the pageant, it appeared many contestants could not formulate coherent sentences during the question-answer segment, leading me to watch a few minutes of the show online.

I wasn’t surprised that many could not make it through the segment. I didn’t do that well either, and lost several nights to anxiety, thinking about how much better my answer could have been had my brain just worked under the spotlight the way it does in daily life. But it didn’t; stress is brain killer, and for many contestants it can also become a career death sentence. The internet does not forgive, nor does it forget -clearly.

But setting that aside, what captured my attention was the drastically unhealthy weight of most of the contestants; an angle no one cared to mention.

Here’s how the 15 contestants measured:

Sandy Tabet is this year’s Miss Lebanon much to the disgruntlement of many viewers who commented on her answers as well as her looks. But with a BMI of 17.5, shouldn’t we really be asking what message the organizers are sending out to young women in 2016?

The obsession with the thin ideal has increasingly been linked to eating disorders, lack of confidence, and exploitation in the industry. Perhaps, the organizers of the beauty pageant should consider promoting healthier standards in the future, as well as putting in the effort to properly prepare contestants on how to handle high-stress situations and stage fright.

Miss Lebanon, or any other beauty contest for that matter, should let go of archaic ideals that no longer serve our time, especially when the personal lives of many of its participants are being exposed to the public for ruthless scrutiny. Isn’t that what this whole contest is supposed to be about? Isn’t that the standard such events purport to uphold?

Searching for Lebanon in the United States

Wed Oct 26 , 2016
Fadi BouKaram is a Lebanese photographer who’s taken time off work to embark on all-American road trip in search for Lebanon, yes Lebanon, but not […] 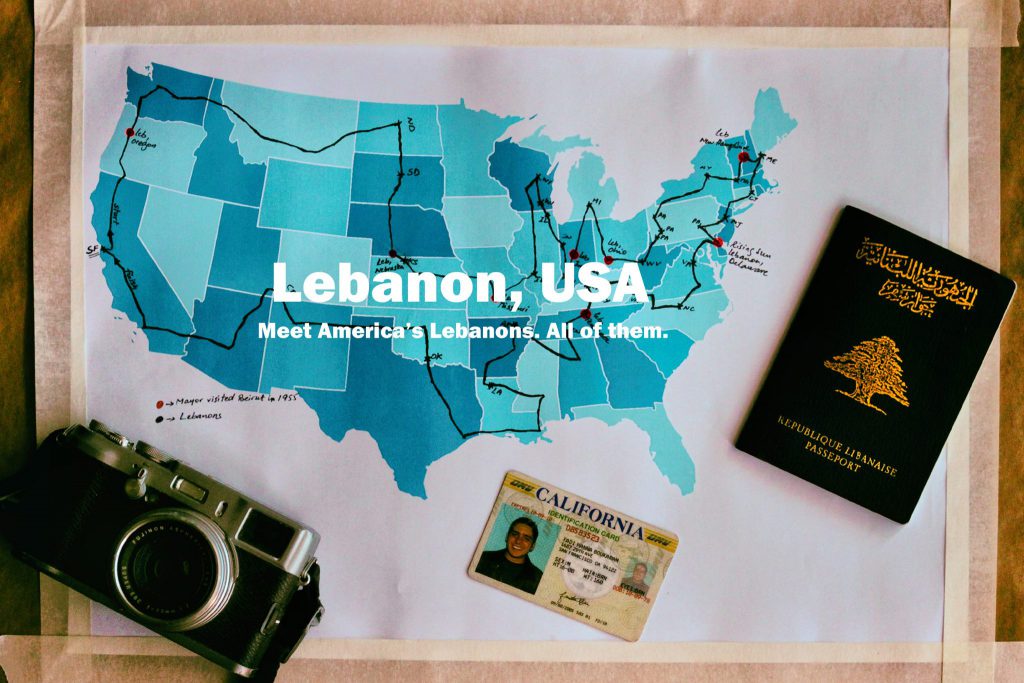