42 years ago, the Lebanese civil war started. 27 years ago, we were told it ended.

For 27 years we’ve been commemorating the start of the civil war on April 13th, but not its end. Strange, no?

Whatever the reason may be, we’re far from healed.

We are often told Lebanon cannot move forward without adequately dealing with its past, but how can we do that in the absence of a modern history textbook? How do we draw lessons from something so distant yet so recent, when there isn’t a monument or any official document that can help us put the pieces together?

How do we do that when our own government chooses to ignore –year after year- the demands of the families of those who disappeared during the civil war?

Not too long ago I read the late Sue Llyod Roberts’ “The War on Women” –a book that explores the effects of conflict on people and women particularly. Her journey takes her to Argentina where she met with a group known as the “Grandmothers” –women whose sons and daughters disappeared during the “Dirty War” (1974-1983) which occurred roughly around the same time as the Lebanese conflict (1975-1990).

The Grandmothers set up a committee to search for the disappeared, or desaparecidos, and much like the Lebanese families of the missing they had to petition and scream and plead throughout it all. The Grandmothers spent years searching for missing family members, grandchildren and relatives, and many have found them through relentless efforts and DNA testing.

In Lebanon, the government has continuously ignored such demands, and a draft law pushed forward a couple of years ago to create a national independent institute to investigate the fate of the missing has yet to be passed. Every year, families of victims of enforced disappearances protest and demand, but their calls fall on deaf ears.

Families of the victims of enforced disappearances today before their protest tent in ESCWA | Source: Facebook/uprlebanon.

What Argentina has that Lebanon doesn’t is a memorial park, with the names of all the victims of the war and those who disappeared inscribed on granite walls. A slogan that everyone agrees to there is “Nunca Más”, or never again.

In Lebanon, we sway between two common expressions related to the war: “تنذكر وما تنعاد” (may we remember but never repeat), and “راجعة باذن الله” (it’s returning God willing), the latter being a sarcastic, non-nonchalant way of dealing with ‘the inevitable’. These two highlight our confusion perhaps, or lack of closure.

One sentence in the book that stayed with me is one said by one of the Grandmothers, Delia.

She lost her daughter, her grandson, her granddaughter and her great-grandchildren because of Argentina’s ‘Dirty Wars’.

Her pregnant daughter was kidnapped by the junta. She would give birth at a military complex before being executed like many of her generation. Her child was then adopted by two members of the elite, who raised her as their own. When Delia finally did find her granddaughter, Virginia, the latter committed suicide years later after learning of her traumatic past, leaving two children behind. Virginia spent many years of her life searching for her brother, who too disappeared, before finally taking her own life.

War has intergenerational effects that span over many, many years. It affected Delia’s generation and three others down the line. That’s four generations. Four. Comparing this to Lebanon would mean that I –as a member of the first post-war generation- will pass the trauma that I myself have inherited from my parents, down to my children and their children after them. This trauma, I imagine, is much more severe to families whose war never ended.

At the end of that chapter Delia says:

‘You see? I haven’t given up hope.’ But the moment she says it is the moment a local court convicts two war criminals for being accomplices in the murder of the daughter of one of the other Grandmothers and the ‘adoption’ of her granddaughter, a move that ultimately gave Delia a sense of justice, of closure… A sense of resolution we so desperately need here.

On musical transmigration and the origins of ‘Wa Habibi’

Sun Apr 16 , 2017
We’ve all heard Wa Habibi, a hymn widely recognized as a Christian canticle of the Syriac/Maronite rite. Also known as the Mother’s Lament, the hymn […] 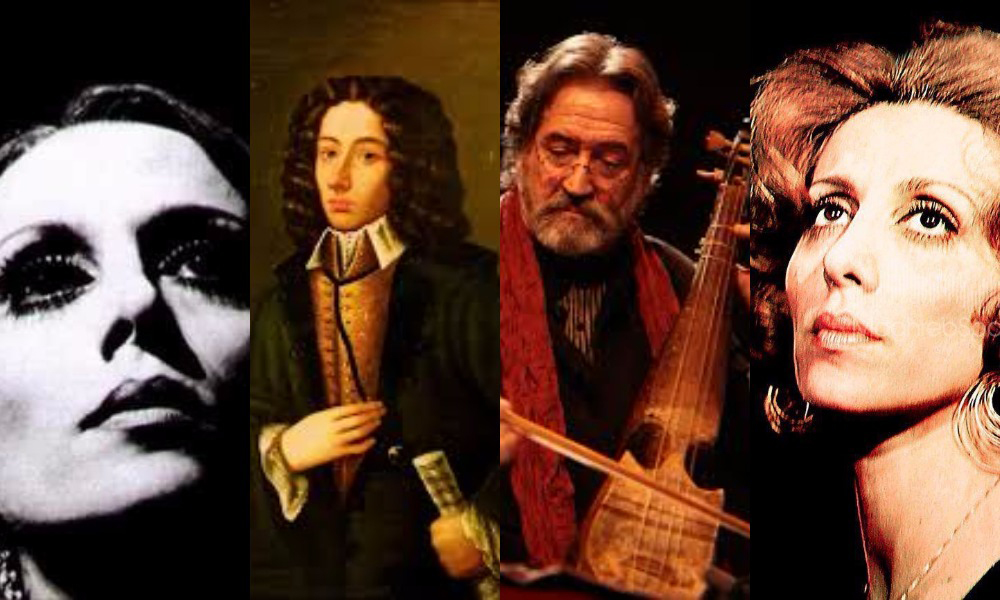