It is no secret that in the Lebanese legal system, the interests of women are not being represented. Whenever an issue involving women is approached, it is being deliberated on through a quintessentially male filter, and through the paradigm of using it as a platform to negotiate the interests of the major parties. I’m not insinuating that men are fundamentally incapable of representing the interest of everyone in a fair way, but in a climate where ruling parties make no effort to be fair and representative except when it is absolutely necessary to further their interests and power, the representation of women will always take a back seat. The most prominent examples of this failure to represent what is a major demographic segment of the population include the domestic violence law that has been purposely unteethed and rendered partially ineffective, as well as the abolishment of article 522 that is still unratified.

Women, make no mistake, your body is a battle ground and no one is fighting on your side.

These major parties have no political incentive to consider the perspective of women, of the people whose lives are actually affected by this legislation, because women have no significant presence in the leadership of these parties as more than extensions of their male counterparts. Furthermore, women voters consistently annulled the impact they could have on their legal representatives by dividing their numbers among the parties that fail to aptly take them into account.

Every year that this status quo is maintained introduces a new generation of women to the misery of living under patriarchal rule. The patriarchy is a slogan that has lost much of its impact for having been screamed by activists when it does not apply, but what can this legal system and this process of selective prosecution be called if not patriarchal?

The dictatorship of the majority is a descriptive term that does not apply to this kind of legal discrimination, because lest we forget women constitute half (some say more) of the country’s population. Lesser injustices have prompted revolutions, yet the systematic disenfranchisement of half the population is met at best with resigned acceptance. Women in our society are rewarded for their silence in the process of suffering. From the depiction of women in religious texts, down to the aggressive revulsion that people respond with when a woman thoughtfully mentions a quantifiable wrong that has been willfully unaddressed. This is why many women accept the mistreatment they receive. This is why many die at the hands of the men who torture them, rather than risk the public shame associated with an appropriate response.

These are stories that we are familiar with. Less present in the media are the milder scenarios that would never have led to death or severe physical harm, but nonetheless acquaint to a life ruined and spent in abject misery. For example, the woman psychologically abused, isolated from her family, forbidden to pursue fulfillment and financial independence in her own career; the young girl taught to pursue interests that are more aligned with the acceptable role of women in society; the successful media professional who appears on TV and receives neither praise nor criticism for her political analyses but rather pointers on how to dress and how to style her hair.

I’m not calling for a revolution of the fairer sex, not that I particularly condone this turn of phrase, but times are in fact changing and we will soon be presented with an opportunity to contribute to progress nonetheless admittedly slow.

Far be it from Newsroom Nomad to call on its readers to vote for this or that candidate, but I would be failing every person who wants to act and sees no opportunity to do so if I abstain from informing you that when this election season finally arrives after undue delays and unpredictable modifications to election laws, that many independent candidates –a respectable portion of whom are qualified women– will be electable. If nothing else, independent thinkers in the parliament would render unstable the structure of corruption-as-usual that the major parties have built for themselves. If nothing else, seeing more female faces in parliamentary seats and hearing more female voices on political talk shows would do much to push the heavy and seemingly immovable boulder of our society up the hill of progressive ideas and towards the peak of gender equality.

Voting is hard, and demoralizing. It has been intentionally modified over the years for the purpose of discouraging many voters from casting their ballot. I, for one, will be suffering through the very inconvenience of standing in line and submitting to the undignified coloring of my thumb for the sake of doing my civil duty when the time comes. But I refuse to support any party that fails to apply a women quota on their list of candidates.

Declare it unashamedly: No women, no vote.

One thought on “No women, No vote: Lebanese women, your body is a battleground”

Mon Apr 10 , 2017
The Lebanese political topography is changing. Independents, long marginalized, are being provided with a meaningful organization to support. The first instance of this phenomenon, Beirut […] 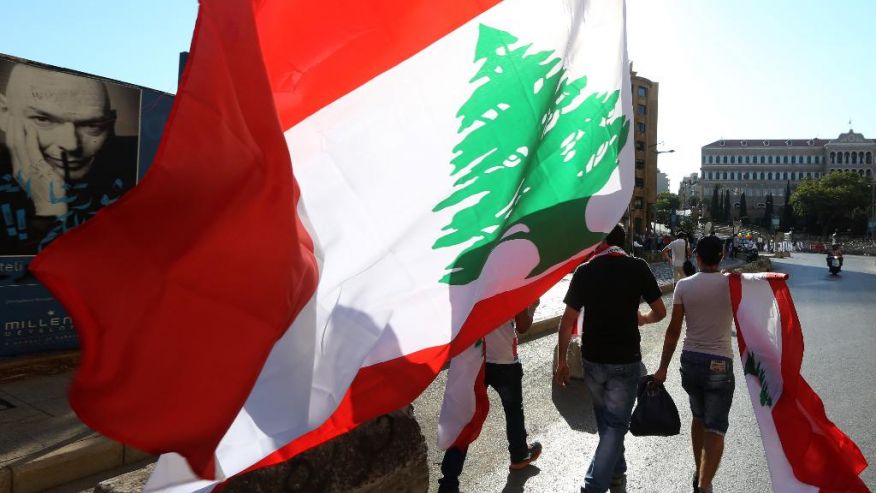