This article was published at StepFeed on March 22, 2017.

We really don’t know much about Lebanon’s Jewish community.For many, “Lebanese Jewish” is too remote a concept. But, the truth is, Jews in Lebanon once lived side by side with the country’s Christian and Muslim populations. They even share a minorities’ seat in parliament.

Beirut’s Wadi Abu Jmil, Saida, Hasbaya and Tripoli were places they once called home, and Christmas and Eid were occasions to celebrate with neighbors. They even had several Synagogues where they would hold prayers every Saturday, one of which is in the Wadi Abu Jmil area – later known as Beirut’s Jewish quarter.

At its zenith, the Jewish population in Lebanon reached 15,000 in the early 50s, but now they’re estimated to be at less than 100. Many left at the onset of the Lebanese civil war, and many left for Brooklyn in the U.S.

Their stories have disappeared from our collective consciousness, but with the effort of Rola Khayyat – a Columbia University graduate and visual artist based in New York – we may learn more about this community.

StepFeed spoke with Khayyat to learn more about the film, the community and her interviewees: Rabbi Elie Abadie and Raymond Sasson.

Q: What made you want to shed light on this topic?

While growing up in Lebanon, the closest contact I had to the Lebanese Jewish Community, were the remnants of their dwelling places, which were still dispersed around Beirut, like the Magen Abraham synagogue in Wadi Abu Jmil and the Jewish Cemetery in Sodeco. I was always aware of their once upon a time existence in Lebanese society thanks to the childhood memories my father would often recount of his friends from the Jewish community.

After moving to New York for my graduate studies, I discovered that one of the largest diasporic communities of Lebanese/Syrian Jews was actually in the city I was currently living in. I was very eager, curious and interested to meet and get to know them and to discover a history, a people who were no longer present in our everyday understanding of Lebanon.

Q: Through your interviews, did you feel your subjects identified more as Lebanese or as Jewish?

Both Raymond Sasson and Rabbi Elie Abadie identify as Lebanese culturally, and Jewish religiously. To quote Dr. Abadie, “Lebanese is a culture, Jew is a religion. There is no contradiction between the two.”

Q: In the U.S., do minorities identify more in terms of religion or ethnicity?

The Lebanese/Syrian Jewish communities are quite distinctive from the rest of the minorities in the U.S. in that they established their own clearly defined infrastructure. They were essentially against fully assimilating, and were adamant on preserving their Middle eastern identities, heritage, values and culture as they had known it in Syria and in Lebanon.

A surprising fact is that after 1948, the number of Jews in Lebanon increased through Syrian and Iraqi Jewish refugees, who were escaping persecution in their countries. They fled to Lebanon where the state had no anti-Jewish policies, and various sects were living in relative harmony.

The Lebanese Jewish population reached its peak (15,000) in 1958 right before the Chamoun war, as a result of this influx. The large scale emigration of the Lebanese Jews followed the Lebanese Civil War. Anti-Zionist demonstrations began, but in the beginning showed no harm to the Jewish community. However as the Arab-Israeli wars continued and intensified, the line between being Jewish and being Zionist was blurred.

By the 1980’s the Jewish community dwindled to a couple of hundred. Rabbi Abadie speaks of an incident when his father who was also a rabbi in Lebanon at the time, had his picture posted on walls around the city claiming he was a zionist leader. This sped his family’s emigration from Lebanon.

Otherwise, people began to leave simply because of the civil war, along with many other Lebanese of different sects. Raymond describes his family’s leaving as a very natural one, they packed their bags and made a decision to move to the U.S seeking a better future and better opportunities.

Q: Have they visited since leaving? If so, how did they find Beirut?

Yes, they can visit. Raymond Sasson has been back to Beirut 5 times. He has described his visit as ‘surreal’. He felt at home immediately, despite the fact that most of his life was spent abroad. Lebanon felt very familiar to him, and close to his heart.

Q: Why Brooklyn? Is it where most Lebanese Jews settled?

Yes. Most of the Lebanese Jews in New York live in an area of Brooklyn called ‘Ocean Parkway’.

Q: In terms of technicalities, how did you find the funding for this project?

The project is self-funded so far.

Q: Do you plan on having a Beirut screening?

Yes, I’m definitely planning on having a screening in Beirut. The place and date have not yet been determined. The official release for the documentary is set for September. So hopefully around then.

No women, No vote: Lebanese women, your body is a battleground

Wed Mar 29 , 2017
It is no secret that in the Lebanese legal system, the interests of women are not being represented. Whenever an issue involving women is approached, […] 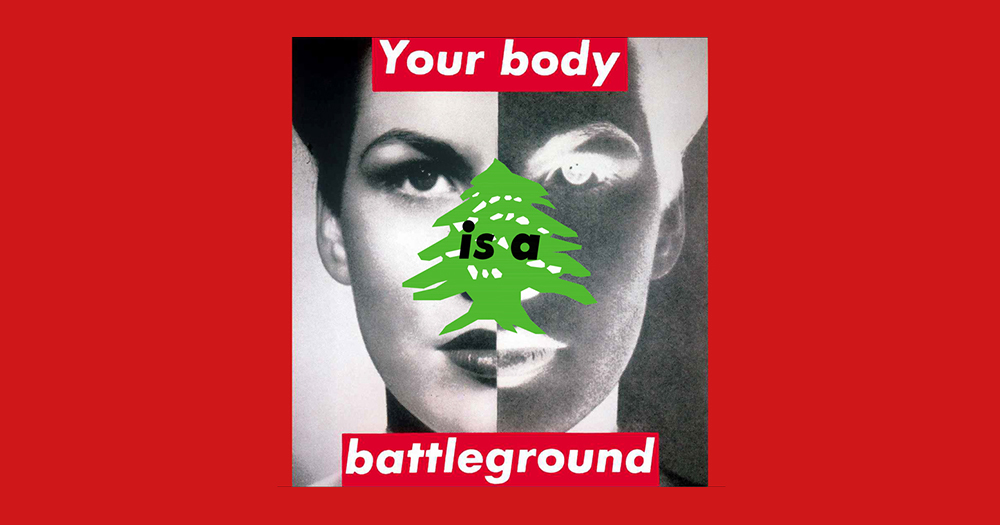