Lebanon’s multiple women’s rights organizations united to march for Women’s Day for the purpose of bringing attention to several women’s issues that have remained so far unaddressed by the nation’s government.

To many of the women who attended, this event was an opportunity to show solidarity and express their discontent. 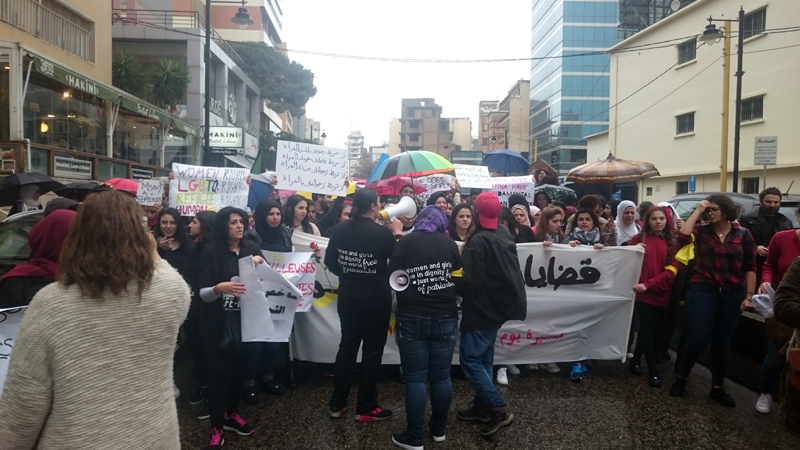 The mood was optimistic and defiant. Heavy rains were met with cheers and ululation. Placards became soaked and barely legible, but were proudly held up regardless. 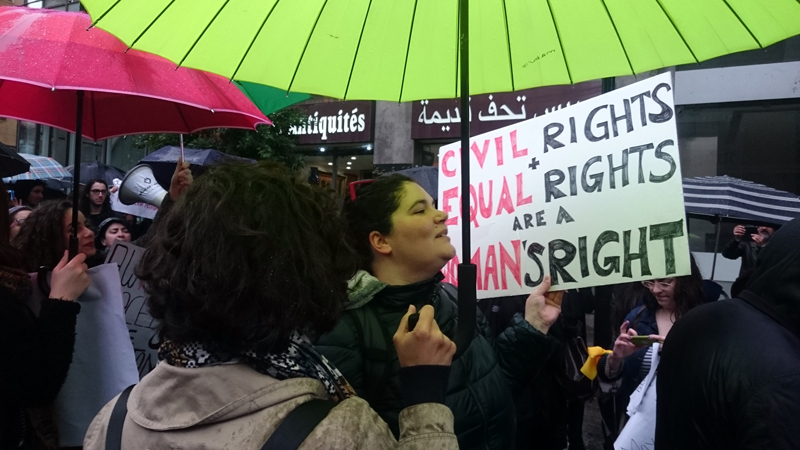 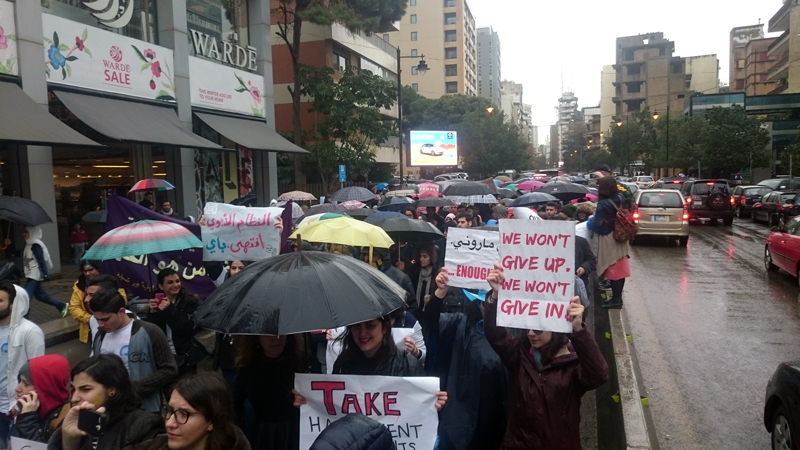 Far from a collection of the typical protesters, the crowd displayed a healthy and encouraging variety, both from a demographic standpoint and in regards to political leanings. Aside from the weather, the greatest hindrance to an increased crowd size was the lack of widespread knowledge of the event, this being the case despite the efforts of organizers. 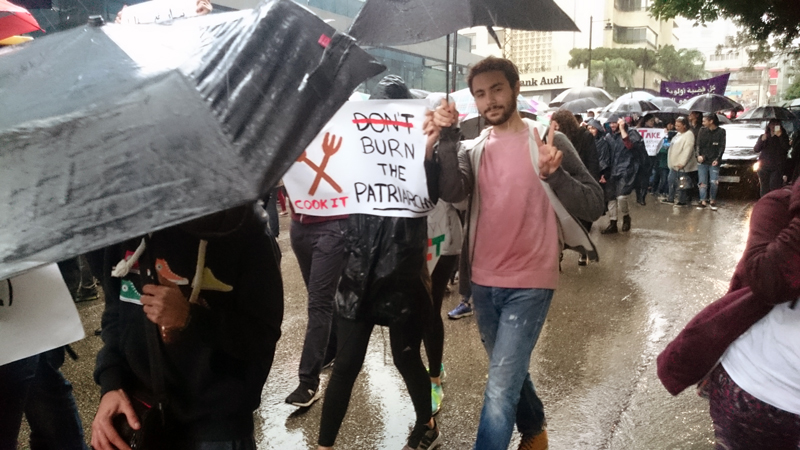 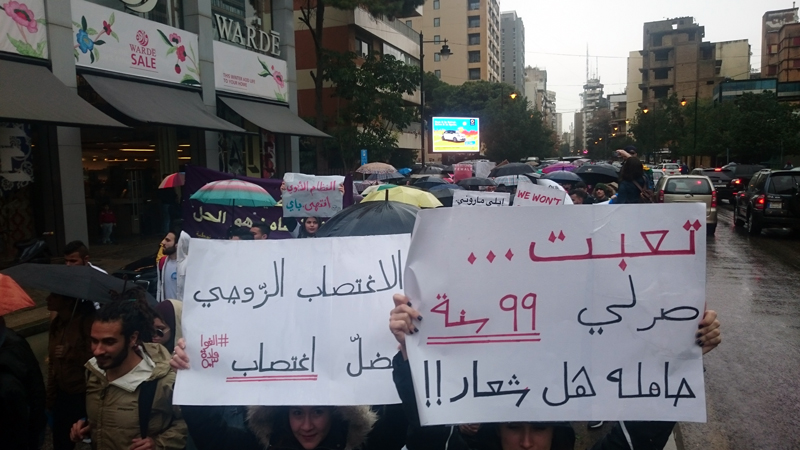 Some onlookers displayed a perplexed and quizzical expression as if observing a phenomenon wholly unrelated to the norm. Others were emboldened, even cheering the procession as it passed by. 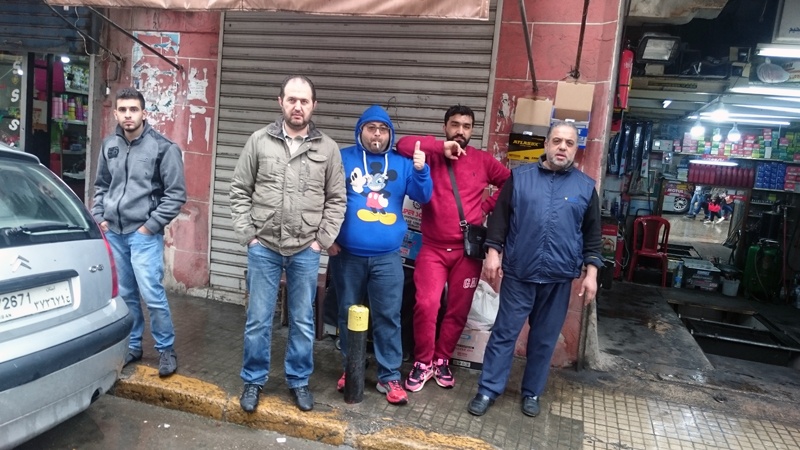 Balconies were crowded with the curious, both of the approving and disapproving variety. 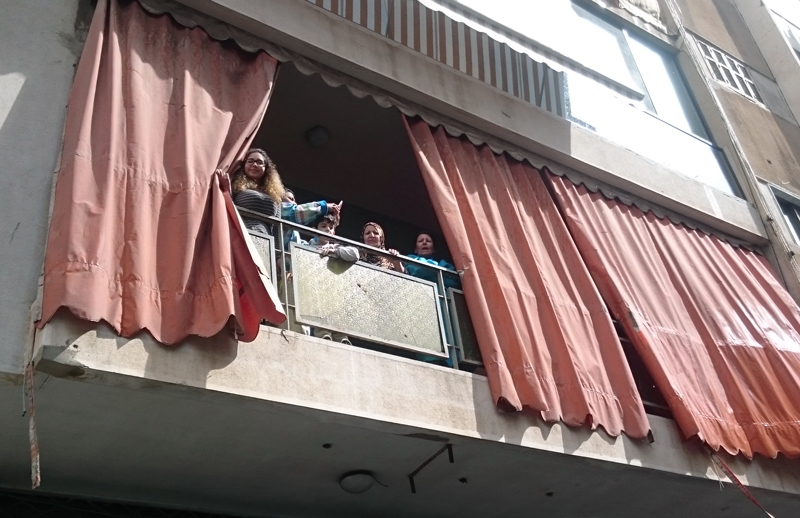 Elderly women and young girls were among the most frequently spotted faces that looked through parted curtains or behind window bars at the vocal passersby. 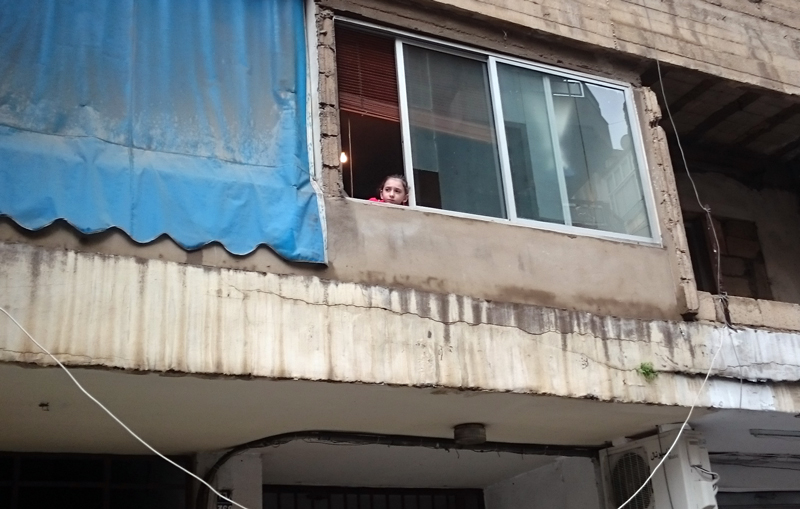 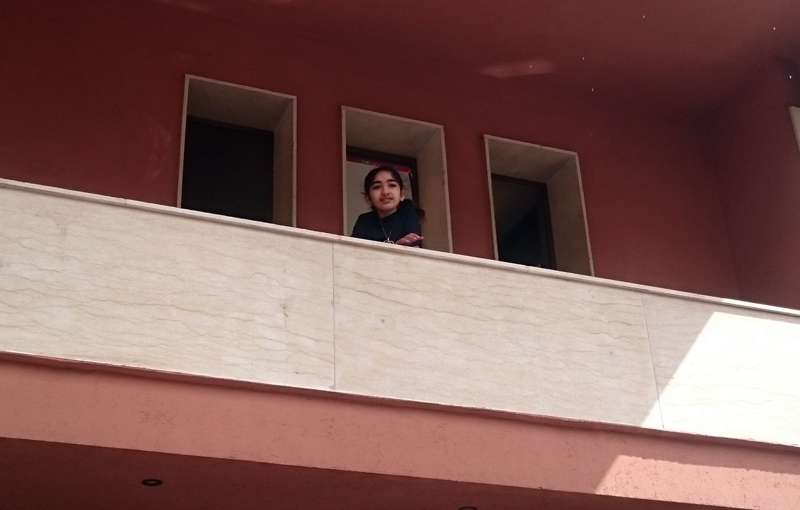 Whenever the march made its way through a major roadway, the discontentment of halted drivers was evident. Car horns could be heard, some out of frustration but others out of support.

The gravest faces observing the march today were those of prominent politicians displayed above bridges and by the roadside. Their mere presence and their significance in the local political landscape were a stark reminder of the importance of such marches.

Regardless of political leaning, every party comprising the ruling class has employed patriarchal notions to achieve and sustain power as well as furthering the concept of the patriarchy in our society through their political actions.

This balance of power as it has been for many decades has been nothing short of ruinous. From civil war, to environmental catastrophes, and economic regression, the patriarchy has been employed to prop up fundamentally bad ideas and inadequate leaders. Again, the person on the poster does not matter, they’re all contributors to the current state of affairs. 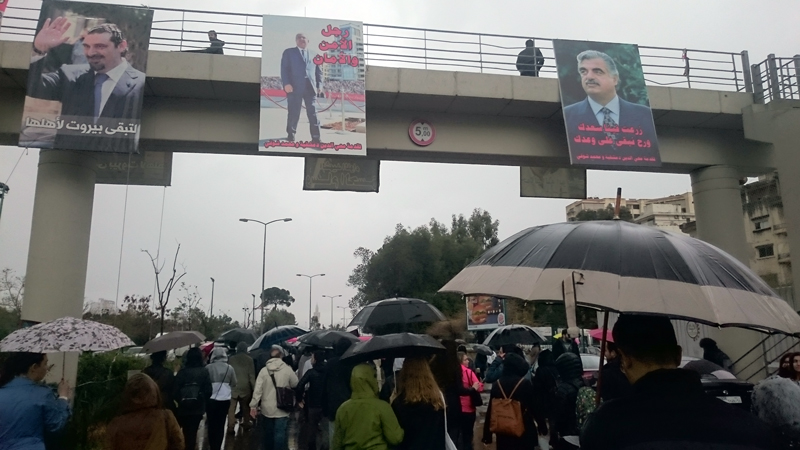 The march was a confluence of relevant issues, the usurpation of public land and the wanton destruction of the nature did not fail to be represented in this all inclusive environment of ideas. 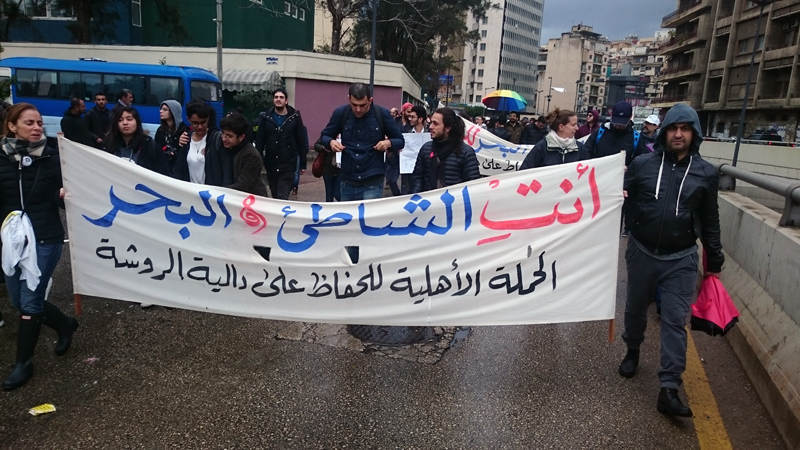 Among those who chanted and those who held up written messages were some who made an unsolicited effort to make sure that the march did not produce any waste. This woman voluntarily carried a bag and collected trash from fellow protesters. 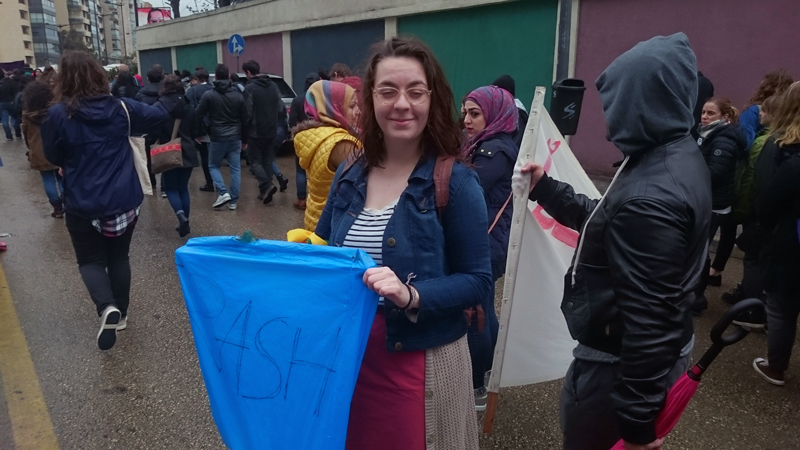 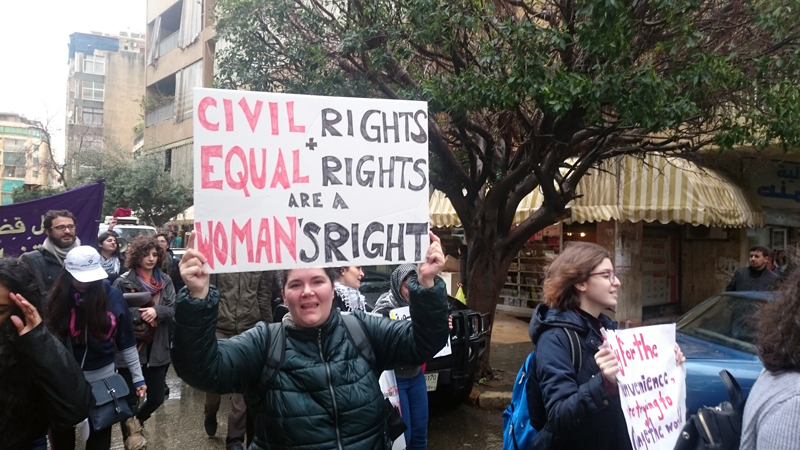 Among citizen protesters migrant workers could be found denouncing not only the Kafala system that affects them personally but women’s issues in general. In a sense, those foreigners do more to establish and sustain gender equity in Lebanon than our legal representatives. 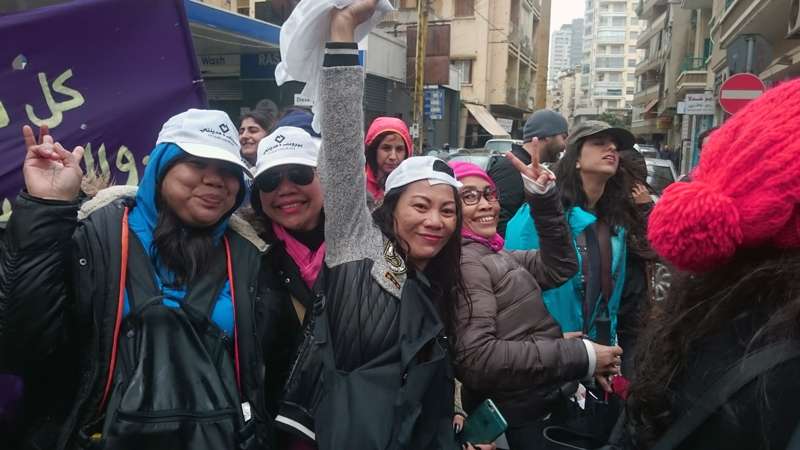 For as long as women have been able to protest, as in for as long as the consequences of protesting have been dire but not deadly, the response has been a call to wait. The rights of women have never been viewed as a priority by a society governed by men. This is not merely a Lebanese issue, this conflict is universal. Women have been told time and again that the circumstances were not ideal for affecting such a drastic social change. The call for equality could be heard before the civil war (1975-1990), throughout, and beyond. One thing is for certain, if women don’t demand their rights and take them, the male-centric society will never willingly hand them over. 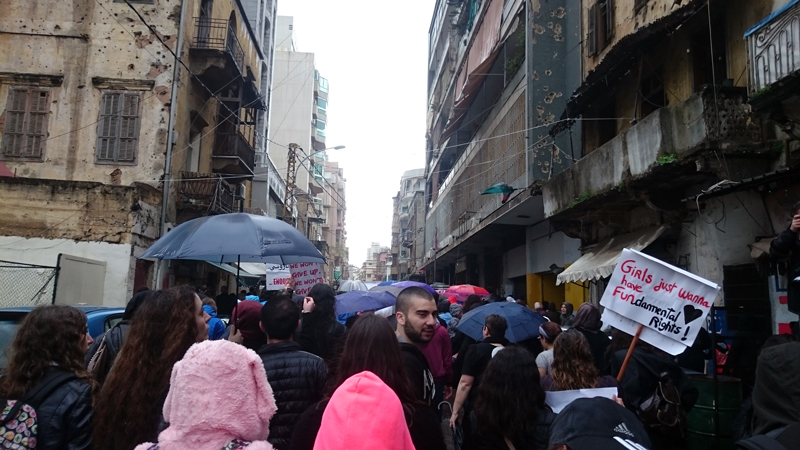 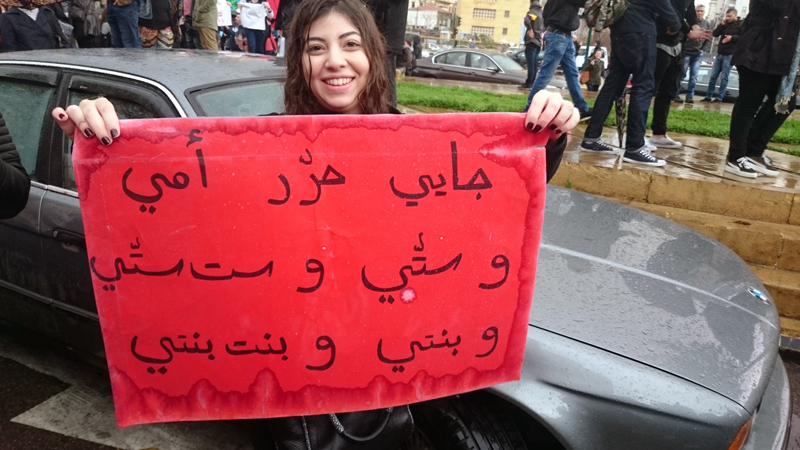 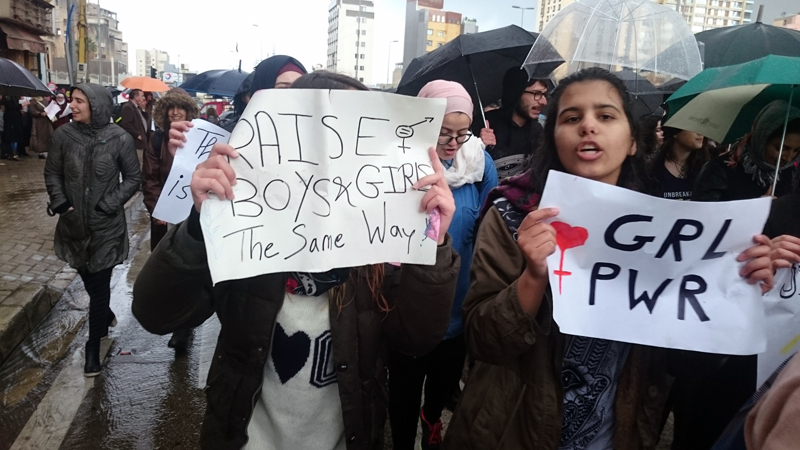 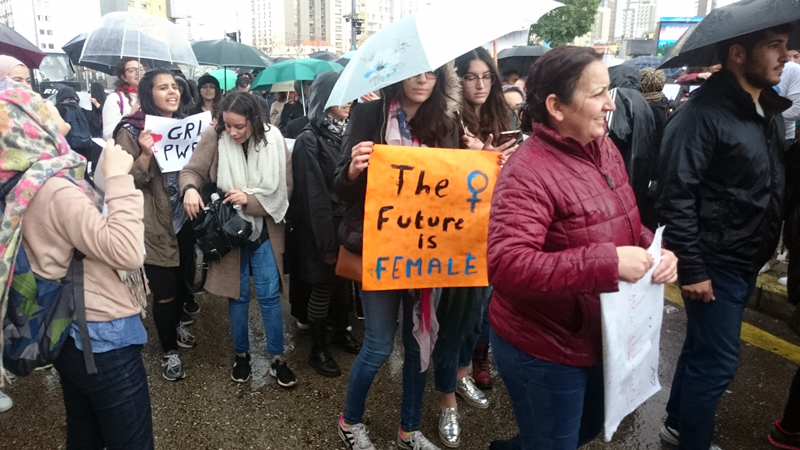 Notable among protesters was a small group of Syrian women displaced to Lebanon by unrest, who were eager to express their wishes for renewed safety and peace in their native land so as to enable their return.

Although optimistic about the turnout and conduct of protesters, the recent death of Rayan Iaani, Lebanon’s first officially documented domestic violence homicide of 2017, was fresh in our minds. It is cases like this one that stress the importance of a unified, active, and empowered female demographic.

Sun Mar 12 , 2017
Veteran Lebanese caricaturist and photographer Stavro Jabra passed away Sunday after a battle with illness, local media reported. He was 70. Born in Beirut in […] 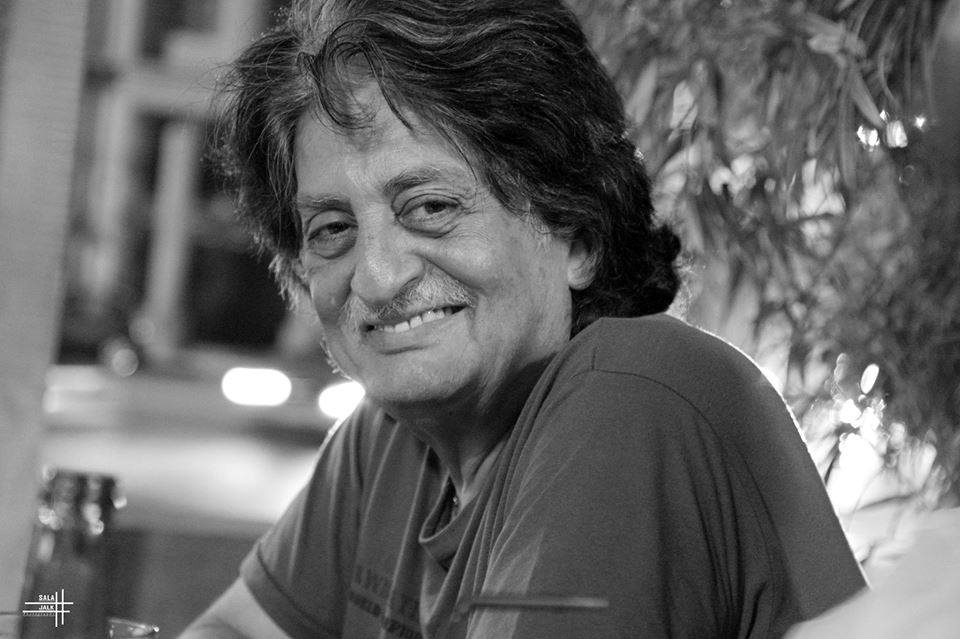