It is a widely accepted notion that photography as a medium is undergoing a steady decline due to the widespread accessibility and the ever simplification of the photographic instrument. Nothing could be further than the truth in the eyes of veteran photojournalist Patrick Baz who has recently taken on the challenge to establish and elevate the standard of photography in Lebanon.

The golden age of the captured image is upon us, Baz asserts. For in the crowd of irrelevant amateurish or intentionally misleading imagery lies the opportunity for exceptional, ethical and committed photographers to document our world  in a consistently superior manner.

BCP (Beirut Center of Photography) recently founded by Patrick Baz, Michel Zoghzoghi and Serge Akl, and managed by Aline Manoukian, has set the ambitious goal of democratizing professional photography by holding workshops led by master photographer Elie Bekhazi and accessible to whomever wishes to learn the art of visual storytelling.

BCP is dedicated to photography and visual culture. Through its exhibitions, teachings, workshops, consultancy and public program, it will offer a forum for dialogue about the role photography should play in our culture.

“Our goal is to put Beirut on the map of world photography by creating a natural space of cultural exchange,” its mission statement says.  The organization is ready to assist and help schools, universities, students professional and amateur photographers. “We will focus on youth and low income families and community outreach,” Baz adds.

BCP will organize lectures, workshops and exhibitions by prominent members from the world of photography and visual story telling. It will also offer classes, provide instruction and education at every level.

“The organization is ready to collaborate with any establishment, organization or institution including schools, universities, professional and amateur photographers — all for the sake of strengthening photography in Lebanon,” Manoukian tells Newsroom Nomad.

A uniform standard for photography has been lacking in Lebanon since before the civil war, Baz laments. BCP plans to put Beirut on the map of renowned cultural and journalistic photography.

Here are images as taken by BCP’s first batch of students in Beirut’s Daliyeh.

Are you fascinated by the photographic medium? Do you often find yourself overwhelmed by the even increasing tools, options, and visual styles? Would you like to publish your work with the certainty that it complies with internationally recognized quality and ethical standards. Do you want to be aware of all the rights protecting your intellectual property? Most of all do you want to become a better visual story teller? If so, BCP is one of your best resources in Lebanon. You don’t have to be university student, nor do you have to be a professional in the field. You just need to have the passion and will and the commitment.

BCP will be holding a workshop on copyright law on March 9. On March 10, a new beginners course will be launched, so if you’re interested, be sure to register. Follow their page on Facebook  for more details.

The founders of BCP have already attained the professional achievements in their chosen field. What they now desire most of all is to be a positive influence in their community. In other words, they just want to give back. Here’s a closer look at who they are.

Patrick Baz started as a freelance photojournalist in 1982. His pictures from the Lebanese conflict were published in major news magazines like Stern, Time, Newsweek, Paris Match, etc. In 1986, as a young visual enthusiast, he founded with three childhood friends, Pikasso, a Lebanon based leading out-of-home advertising company. In 1989 he was hired as a photojournalist by Agence France-Presse (AFP) In 1996, he built and managed AFP’s photo network and photo desk in the MENA region. An award-winning photographer, he covered the world’s major conflicts as a photographer and a team leader on the ground. Baz sat on different prestigious photojournalism, photography and journalism juries. He is now in charge of developing AFP-services in the MENA region.

Michel Zoghzoghi discovered a passion for photography in 2005. He bought a camera to take to a polo tournament organized by a friend in London and has never been able to put it down since. Michel’s photographic focus is on the “endangered”. From the tigers of India to the polar bears of the Arctic, from the mesmerizing landscapes of Africa to the great white sharks of the Southern Oceans, he has traveled the world in search of the vanishing beauty our planet still has to offer. Through his photography, Michel wants to show how truly beautiful our planet is but he also wants to alert people to the fact that it is endangered with many species on the brink of extinction.

Serge Akl is the Director of Lebanon’s Tourism Office in France. He is also in charge of developing cultural and artistic projects such as cinema, music and photography. In 2007, he co-organized LIBAN! An exhibition presented simultaneously at the Cité des Arts in Paris and at the OFF section of the Rencontres Internationales d’Arles. He sponsored Lebanon’s presence at Paris Photo in 2009, at Photomed France since 2013 and at the Arab World Institute Photography Biennale since 2015. As co-founder and Vice-President of Photomed Liban since 2014, he contributed in making Lebanon a regional player in the world of photography.

About the managing photographers:

Aline Manoukian studied the history of photography at Pierce College in California from 1981 to 1983. In 1984 she returned to Lebanon and worked as a photographer for The Daily Star, thus becoming the first female photojournalist in the war-torn country. In 1985 she joined the Reuters news agency and later became the head of the photo department, managing a group of staff and stringers while covering the Lebanese conflict. In 1989, she moved to Paris, France and joined the Paris based Rapho photo agency as a photographer. As of 2002, she worked as a picture editor for major French media. Between 2010 and 2013, she was the chairwoman of the French photo-editors’ association ANI. She was invited to speak at several conferences about photojournalism and as a member of the jury for photographic prizes such as Prix Mark Grosset, Prix Roger Pic and diploma projects at Icart Photo and Speos Photographic Institute. In 2015 she moved back to Lebanon in order to pursue her career in her home country.

Elie Bekhazi’s first interest in photography began at age 5. His inspiration came from a father passionate about painting, photography and cinema. Elie’s passion for photography grew to become more than a hobby. He studied Art Direction and Fine Arts at ALBA (Académie Libanaise des Beaux Arts). Since 1992, he has been pursuing a successful career as a commercial photographer whose large and diverse experience ranges from advertising campaigns, editorials and interiors, to people, table tops, food, etc. Not to mention his reputable clients: Leo Burnett, Impact BBDO, Saatchi & Saatchi, Promoseven, Pimo Group, Team Young & Rubicam, Memac Ogilvy, Go Graphic, Femme Magazine, Aîshti Magazine, Bespoke Magazine, just to name a few. Elie refined his knowledge by teaching photography and running seminars to art students at Alba (1995-2003 and from 2010-2016), AUC (1999), UPT (2012-2017). He was member of the jury’s in AUB’s yearly Photo Contest, Wild Discovery’s Annual Photo Contest, Jounieh Festival Photo contest, and An-Nahar yearly photo contest. Photographer, educator and most of all, an artist, Elie has participated in several photo exhibitions.

One thought on “Beirut Center of Photography: A new haven for visual story tellers in Lebanon”

Wed Mar 8 , 2017
Excuse me for being less than enthusiastic about that one day during the year when politicians decide to “celebrate” women. Excuse me for not being […] 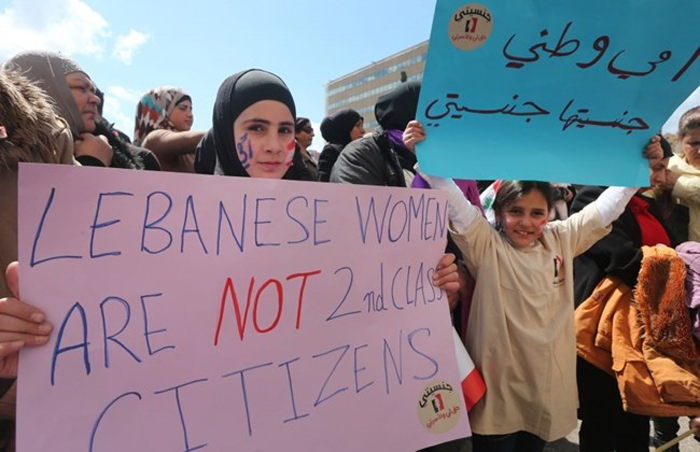