For a brief moment in time, al-Jadeed became Lebanon’s ‘Charlie Hebdo’. This, after hundreds of angry protesters, holding Amal party flags attempted to storm the station building in protest of a comedy skit titled “Douma Cracy” on Tuesday evening.

The crowd of angry men, hurled rocks at the building and chanted slogans at the channel’s headquarters in Beirut’s Wata Msaitbeh. They also yelled insults at the station’s owner, Tahseen Khayat.

The reason? Them believing that the skit, which aired on Sunday, had insulted Imam Musa Sadr, a revered cleric, recognized by many as a man of peace.

The protest, which more likely resembled a riot, lasted for about two hours. Two al-Jadeed employees sustained minor injuries, according to the channel’s reporter. A nearby pharmacy and a few cars parked beside the building were damaged too.

By 10:00 p.m., and in a matter of minutes, the crowd had suddenly disappeared, as if on cue. The Lebanese Army deployed to contain the situation. Internal Security Forces -present throughout the entire ordeal- remained in an around the channel’s premises. 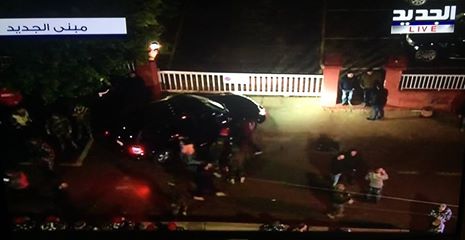 I watched the entire skit, and can fairly say that it contained no such insult to Sadr’s person. The episode depicted current Amal Chief Speaker Nabih Berri, former Secretary-General of the United Nations Ban Ki-Moon and deposed Libyan leader Muammar Gaddafi as puppets (as per the program’s style which follows an internationally adopted format a-la-D.C.Follies), and discussed Sadr’s mysterious disappearance with MP Hassan Yaacoub, a critic of Berri.

Yaacoub is the son of Sheikh Mohammad Yaacoub, one of the two companions who disappeared alongside Sadr. 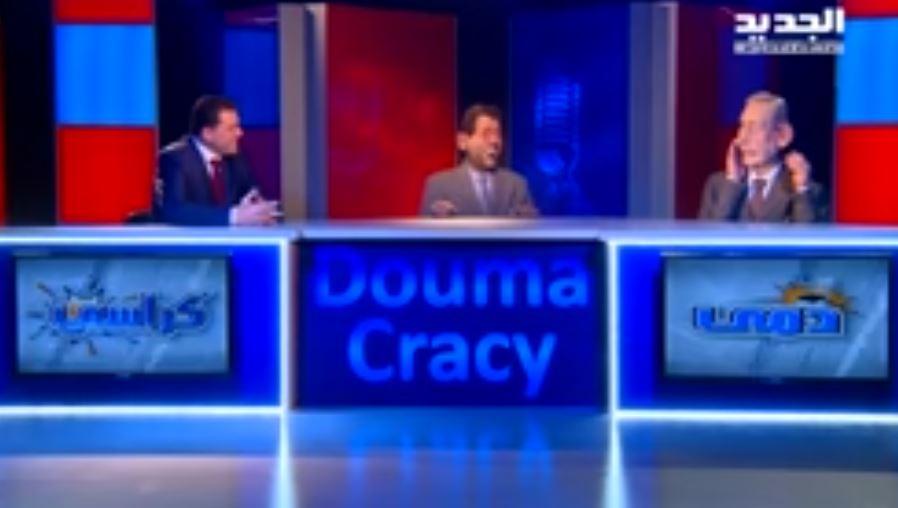 Sadr and his two companions went missing in the summer of 1978 during a visit to Libya to meet former Libyan leader Colonel Muammar Gaddafi.

He is credited with founding the Amal (hope) movement in 1974 back when it was better known as Harakat al-Mahrumin (the Movement of the Deprived). It fought for social justice particularly for the representation of Lebanon’s Shi’ites. By 1975, a militia adjunct to Haraket al-Mahrumin had been formed: Afwaj al-Muqawama al-Lubnaniya (the Lebanese Resistance Detachments), now simply known by its acronym, AMAL. 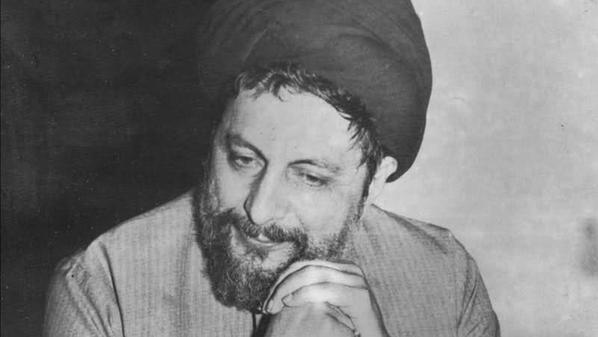 Although the episode -as mentioned above- does not insult Sadr, it does cast Berri in an unfavorable light by suggesting that he may have more knowledge on the disappearance of Sadr than previously thought [watch full episode here]. This is probably  what triggered the rally.

For the record, this isn’t the first time the channel has been attacked for being critical of Berri. In July 2016 it accused the Speaker of directly orchestrating an attack by unidentified assailants on its chairman’s office. Around 21 shots were fired at the building, al-Jadeed said, causing damage to the seventh, eights, and ninth floors. 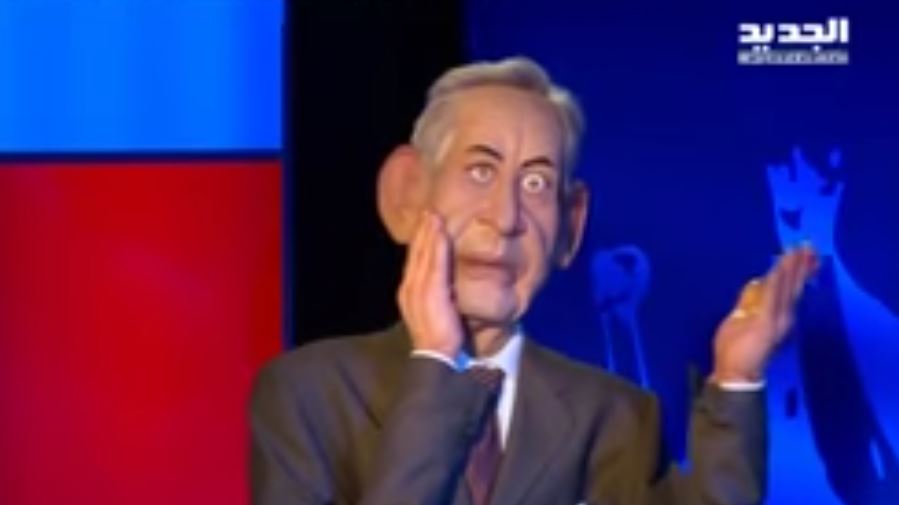 Senior Amal representatives maintained that the protest was spontaneous, al-Jadeed quoted them as saying. But, seeing how quickly the crowds dispersed after some mediation, many found that hard to believe.

Charbel Khalil, the show’s producer condemned the attack. “This is not justified … I am sure, and I bet you the protesters themselves did not watch the episode. I do not think the matter deserves such a reaction,” he said.

Information Minister Melhem Riachi, too denounced the incident. “I contacted senior Amal officials to resolve the matter  saying,” he said. “Freedom of expression should be respected.”

Activists and journalists also decried the incident, with some even comparing it to the ‘Charlie Hebdo‘ attack.

Citizens and activists criticized the ‘weakness’ of the security forces in the face of ‘party thugs’ in comparison to excessive force used against peaceful unarmed protesters during the 2015 anti-government protests.

Where's the water canons & tear gas that was used against us when we were asking for our rights? @AlJadeed_TV

All this as the National Media Council head Abdelhadi Mahfouz blamed al-Jadeed, saying the station should avoid situations such as these.

“The protesters believe that the person who was insulted is someone near holiness,” he said, before finally condemning “this method [angry protests]” and calling on the security forces to protect the media institution.

Not exactly what one would expect from the head of the media council, not when freedom of speech and the media are in danger.

Imam Moussa Sadr once said, “only freedom can maintain freedom.” Perhaps it’s not Sadr we should think of the next time Mahfouz refers to a person “near holiness,” but someone else.

Tue Feb 21 , 2017
When we think of promoting animal welfare and wildlife awareness at schools, documentaries and textbooks come to mind. Field trips to local reserves even. What […] 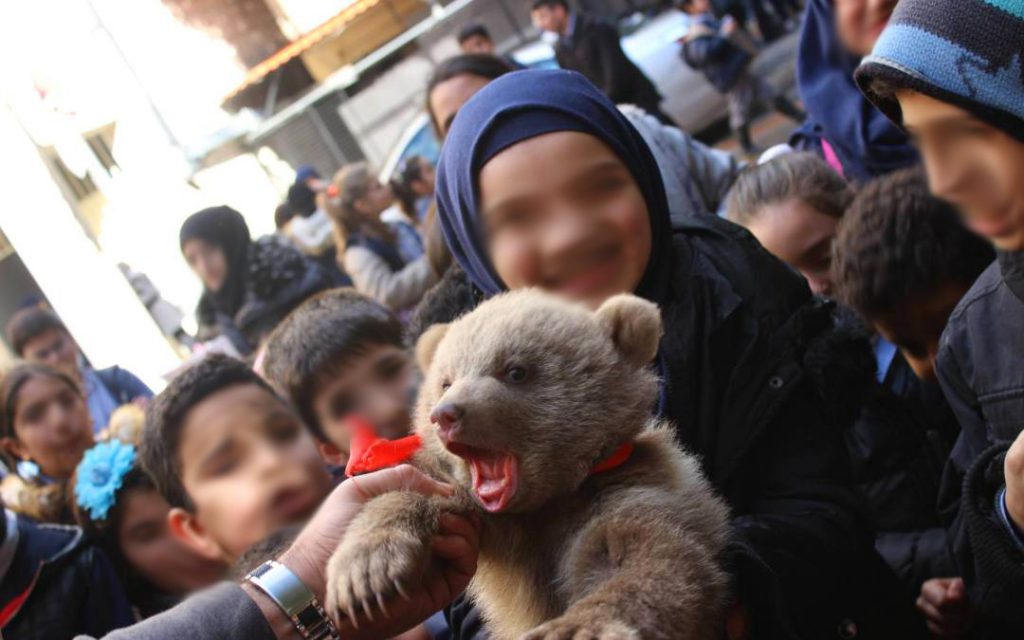