Disturbing footage has emerged of a fox being released from its pen only to be mauled to death by two hounds inside what appears to be a fenced kennel yard in the West Bekaa village of Sehmor.

The footage, which was published Monday by Greenarea, a local environmental website, was filmed by the men who had trapped the fox themselves.  They cheered and laughed as the two dogs viciously chased the fox who was desperately trying to escape for well over 2 minutes.

According to Greenarea, the video’s release now acts as a report to the environmental public prosecution. It should trigger an investigation by the concerned authorities.

Warning: Content May Be Offensive or Disturbing to Some Audiences

But, it’s only a fox

Many may say that the video above only shows what already happens in nature: animals killing other animals. However, in nature, prey and predator act under entirely different circumstances. There is a chase, a fair chance to escape and no human intervention involved. In this case, the fox had no chance. It was trapped, and deliberately lead to a gruesome death by the trappers who caught it. Its meat cannot be consumed, and considering how its carcass was tossed around by the men at the end, it appears its fur isn’t what motivated them.

On top of that, foxes are an endangered species in Lebanon, Greenarea managing editor Bassam Kontar told Newsroom Nomad. Several NGOs like the SPNL (Society for the Protection of Nature in Lebanon) are working hard to raise awareness and to protect declining species in the country.

But, that’s not all

Intentional animal cruelty and torture has been linked to mental illnesses. According to the Humane Society animal cruelty, like any other form of violence, is often committed by a person who feels powerless, unnoticed, or under the control of others. “The motive may be to shock, threaten, intimidate, or offend others or to demonstrate rejection of society’s rules. Some who are cruel to animals copy acts they have seen or that have been done to them. Others see harming an animal as a safe way to get revenge against—or threaten—someone who cares about that animal.”

There are even claims that link animal abuse to human violence. “Many studies in psychology, sociology, and criminology in the past 25 years have demonstrated that violent offenders frequently have childhood and adolescent histories of serious and repeated animal cruelty. The FBI has recognized the connection since the 1970s, when its analysis of the lives of serial killers suggested that most had killed or tortured animals as children,” the Humane Society adds.

So, could this be a sign of underlying social grievances, or is it simply a case of ignorance and custom? Perhaps both, but the evidence supports the latter.

Wildlife in Lebanon is steeply declining. Bats (although beneficial to agriculture) are killed because of stories of them sucking blood like vampires. Hyenas (known to be the sweepers of the wilderness) are killed too to “save” villages from their evils. Foxes are trapped and killed for fear that they may eat the livestock of farmers. But, all killings are unnecessary, and all can be prevented with a good environmental program and awareness.

This isn’t the first case nor will it be the last. Animals being killed for entertainment or out of unrealistic fears are something that needs to be addressed. This video must elicit an investigation, and programs have to become a reality.

Deforestation and frenetic construction are already depriving previously thriving populations of countless species of their habitat, as well as cheating citizens of a precious ecosystem. There is no political will to enact legislation that reaps its rewards long after the term of any current politician has ended. This is why it is incumbent on us citizens to exert pressure on our legislators and on anyone thinking of running for the upcoming elections. Let us pressure them into presenting programs rather than just their political parties, and threaten to take back our power if they fail to deliver.

Wild animals are key to a healthy environment. Let us preserve what’s left of them. 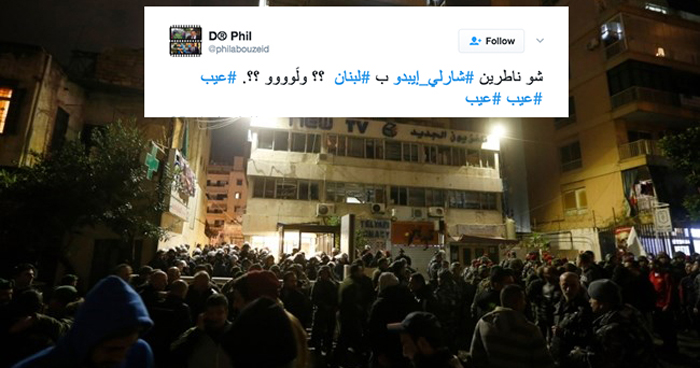