The livelihood of 550 families is under threat. This, according to LBCI who interviewed local fishermen who trawl the waters surrounding the Beirut suburb of Bourj Hammoud for their daily catch.

The reason? The haphazard dumping of waste into sea.

The presence of both a historic dump site, known locally as the “garbage mountain” – now being deconstructed- and a new “temporary” landfill -approved by the former cabinet- is directly causing this, the fisherman claim. It’s polluting the waters, harming sea-life, and now threatening what for some is their only source of income: fishing.

According to The Daily Star, a source from the Bourj Hammoud Municipality said that 30 percent of the old waste will be landfilled in the new facility. But, the fishermen say that the dismantling process of the old site trash is leaving too much trash in the sea.

“They are taking garbage from the old garbage mountain and dumping it right here in the sea,” one local fisherman said. “We are protesting and will continue to voice our rejection until we are heard.”

From a tiny boat, the camera captures images of garbage-infested waters. Seeing the footage, one cannot but imagine the stress these fishermen must be going through in light of this situation. [full report here]

The fishermen staged a protest on Monday, blocking traffic in Dbayeh and temporarily obstructing trucks belonging to Khoury Contracting, the contracted company constructing and managing the new Bourj Hammoud landfill. Since then no updates have emerged on a possible solution.

This isn’t the only problem. A recent report by the Environment Justice Atlas, a research journal for academics and activists, found that the old site leaches some 120,000 tons of “leachate” every year. Leachate is just a another word for “garbage juice”. It’s extremely toxic black liquid that contains organic and inorganic chemicals, heavy metals as well as pathogens.

Activists also found leachate seeping from the new landfill. In a video filmed in August 2016, Dr. Ajwad Ayyash, a local environmentalists, can be seen pointing at the toxic liquid from inside the new facility.

Lebanon is still reeling from the 2015 garbage crisis. Although the former government ordered two seaside dumps to replace the old Nehmeh landfill, which reached capacity 2 years ago, the repercussions of what environmentalists have described as shortsighted solutions continue.

Last month, hunters were sent to the other open landfill set up beside the Beirut airport: the Costa Brava. There, hundreds of seagulls were shot dead for fear of colliding with airplanes, drawing the ire of environmentalists and citizens alike.

Now, the Bourj Hammoud dump is back to the forefront as the livelihood of hundreds of fishermen is threatened. Will the new government forge sustainable, eco-friendly solutions that will finally pull Lebanon out of this seemingly endless garbage cycle? Or will such dumps continue to pose health, environmental and economic risks to those who surround them?

The construction of the two landfills have been marred with controversy. Although the former government has promoted them as a temporary 4 year solution to be followed by incinerators (another environmentally questionable solution), their close proximity to the coast has sparked new fears of excessive maritime pollution.

Aside from threatening the livelihood of 550 fishermen, the Bourj Hammoud landfill could pose grave health risks to 350 thousand neighboring inhabitants, while the Costa Brava lies dangerously close to Beirut International Airport.

Fishermen in Bourj Hammoud have continuously complained about the landfill’s construction, to no avail. Sea life in Costa Brava has also had its share with several dead marine turtles washing up on the shore.

I’ve said it before, I’ll say it again: the “solutions” that are being presented to us are mere smoke and mirrors. They are band-aids to bullet wounds. The only way to rid ourselves of this seemingly repetitive cycle is to demand clear-cut environmentally friendly solutions that include but are not limited to recycling and sorting from the source. The only way we can do that is by voting for programs rather than people during the upcoming parliamentary elections -if they happen.

Tue Feb 14 , 2017
Disturbing footage has emerged of a fox being released from its pen only to be mauled to death by two hounds inside what appears to be […] 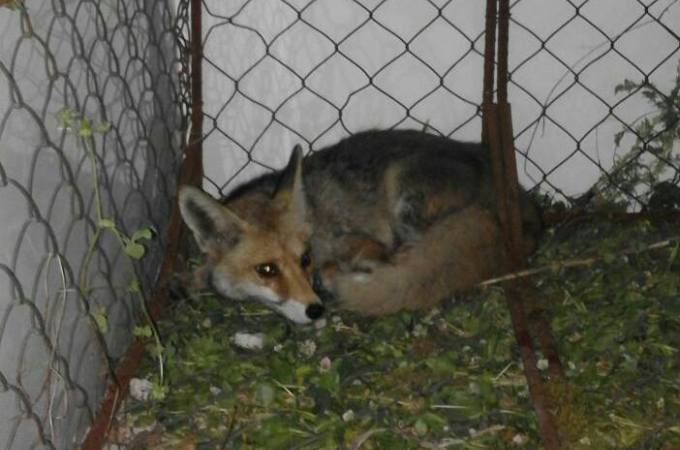