A sunfish was caught this morning off the coast of Tripoli, north Lebanon, local media reported. The sea creature – which reportedly weighs more than a ton – was hauled by local fishermen to the northern city’s coast where it was pulled out of the water using a crane.

The ocean sunfish, or Mola mola, seen in the photos above is one of the largest jellyfish eaters in the sea. We don’t know much about its status since there aren’t many studies on the fish. What we do know is that it is among the most docile sea creatures. Also, that it occupies a crucial evolutionary link in the fish family.

They are called the ocean sunfish for a reason, mainly because they are frequently seen catching rays on the ocean surface. The reason they do so is to get birds like seagulls to peck out the parasites off their skin. Also, to recharge from diving through deep sea waters where they look for prey. 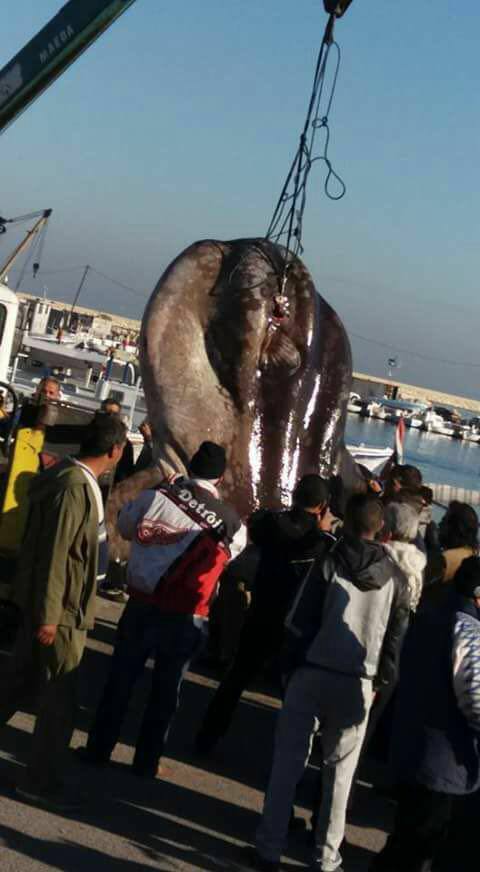 Dubbed the world’s weirdest fish, the Mola mola is flat in shape, and often referred to as “the swimming head”.

The species emerged some 45 million years ago, after the dinosaurs disappeared and at a time when whales still had legs, according to The Smithonian.

Why I’m not happy about this:

Jellyfish populations are rising due to human chaos. The Guardian has dubbed the global rise in jellyfish species “a karmic device come to punish our planetary transgressions.”

“Jellyfish thrive on the chaos humans create. Overfishing wipes out their competitors and predators; warmer water from climate change encourages the spread of some jellies; pollution from fertilizers causes the ocean to lose its oxygen, a deprivation to which jellyfish are uniquely tolerant; coastal developments provide convenient, safe habitat for their polyps to hide. In addition, the great mixing of species transported across the world in the ballasts of ships opens up new, vulnerable ecosystems to these super-adaptors.”

In other words, we just killed one of the largest jellyfish predators out there. Lebanon’s seas are overly polluted with organic, chemical and plastic waste. If these threats don’t kill off marine populations, fishermen do. Sunfish like cetaceans and marine turtles eat jellyfish, and by doing so help keep our oceans and seas in balance.

Concerned ministries must look into ways to train local fishermen on what NOT to fish. This isn’t the first time we see or hear of a “strange” creature being killed for no good reason.

Sunfish are not edible (at least not commercially, and not here), nor do they pose a threat to swimmers. On the contrary they are of great benefit to the marine ecosystem.

It is a shame that frenetic fishing practices continue at a time when we need to be working with nature, rather than against it.

It takes 13 seconds to save a child’s life 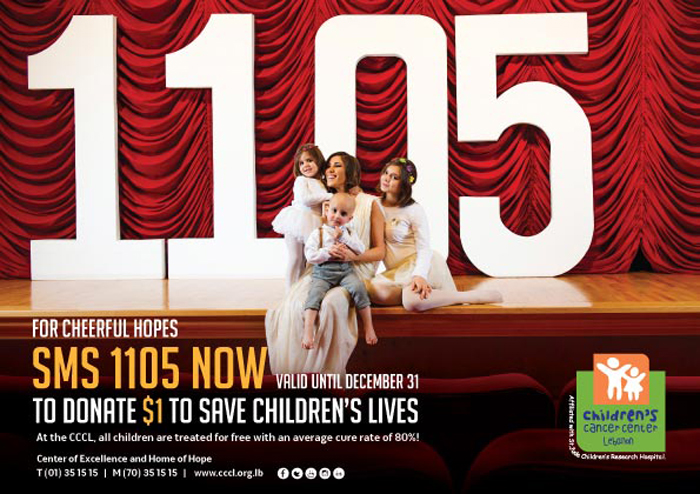