A group of young people made a striking discovery in Lebanon’s eastern mountain range – capturing the extremely rare and native Syrian brown bear on camera.

The sighting, which hasn’t happened locally in well over 60 years, took place in the hills overlooking a village (I will not name) in the Baalbeck district on December 29, 2016.

According to Greenarea, which verified and posted the video Wednesday, the bear is a mother, and she’s walking alongside her cub. Bears usually hibernate (or more accurately torpor) during winter, which suggests: a) the sow and her cub may be running away from some sort of danger or disturbance, or b) the area is warm enough and food is abundant, which allows bears to wake up and forage.

Seeing a female bear and her cub, even if only on video, has me overwhelmed with emotion as Syrian bears are believed to be extinct in Lebanon. The only male and female bears we know of reside in a sanctuary in the Aley district. Those running it have been attempting to breed them for years without much success (more on that in an upcoming post).

The Syrian bear, or Ursus Arctos Syriacus, is native to the Middle East and the Caucasus regions; it is the smaller subspecies of the brown bear. It has made shy appearances in the past across Armenia, Azerbaijan, Georgia, Turkmenistan, Iraq, Iran and Turkey, and is currently flagged red on the endangered animals list with the possibility of going extinct in the near future.

It was first discovered in Lebanon in 1828, somewhere inside Bcharreh’s Makmal Mountain forest. The last time we ever saw one was in 1958.

We NEED to protect these bears. I cannot stress that enough. Like many large mammals, the Syrian brown bear population is declining due to habitat loss, and poaching. They are a popular target for big game hunters in the Middle East and in Asia.

Beirut seagull slaughter could go on for four years: activists

Mon Jan 16 , 2017
Lebanon is waging a war on birds, seagulls to be specific, in hopes of decreasing the threat of bird strikes in and around Beirut International […] 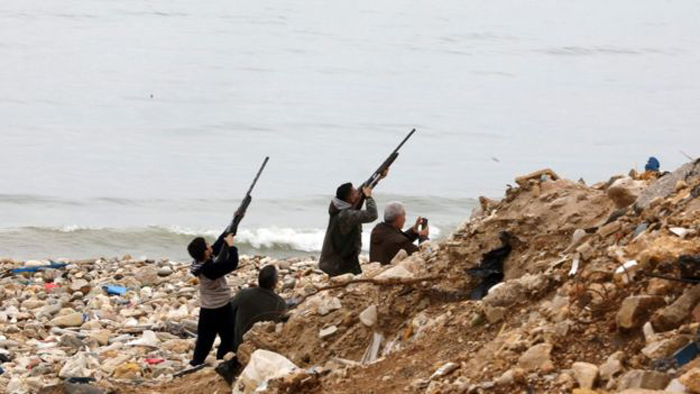