On Wednesday the story of infamous YouTuber Adam Saleh being kicked off a plane for allegedly speaking Arabic went viral, flooding our timelines with condemnations and statuses of solidarity. While various aggregated reproductions provided only his side of the story in which he cries racism, very few publications delivered context or background on this very ill-reputed social media star.

Before going further, its worthy to note that Saleh boasts 1.5 million YouTube subscribers and is known for his (im)practical jokes and airplane pranks; he is also known for faking anti-Muslim racial profiling incidents. But very little of this was mentioned in the first hours since he broke the story via a Twitter video, which at the time of writing has amassed over 300,000 shares.

His video does not provide the lead-up to what had actually happened and only starts at the point where he is being escorted off the plane. Take a look for yourselves.

We got kicked out of a @Delta airplane because I spoke Arabic to my mom on the phone and with my friend slim… WTFFFFFFFF please spread pic.twitter.com/P5dQCE0qos

Delta Air Lines responded, posting a statement to its website that said: “Two customers were removed from this flight and later rebooked after a disturbance in the cabin resulted in more than 20 customers expressing their discomfort.”

The airline has launched a review “to understand what happened”.

“We are taking allegations of discrimination very seriously; our culture requires treating others with respect,” the statement continued.

Other passengers who later spoke to the media (watch here) discredited Saleh’s version of the story -as did fact-checking website Snopes– disputing the claim that he had made a phone-call to his mother, supposedly the reason Saleh was booted from the flight, and instead saying that he had been disruptive. Veteran journalist and former CNN host Soledad O’Brien also weighed in on the topic.

Now, I don’t really want to get in to the details of whether or not he is being truthful. This can only be determined after a thorough investigation is made by authorities. But what does concern me, as a journalist, is how the media initially handled the incident, presenting Saleh as an indisputable victim of circumstance and racism while failing to mention any of his previous pranks and why that perhaps may have contributed to the incident. Also, we don’t get to hear from any of the passengers who were present on the flight until hours later.

Why is this important? Because without any background info or context, the initial response to any story of the sort, i.e. outrage journalism, has the capacity to produce reactions that can sometimes have dire consequences.

Take the latest online scandal in Lebanon that saw the arrest of journalism student Bassel al-Amin for several days after he had posted tasteless remarks on his Facebook wall. Al-Amin, who was later released from custody on bail, had posted a status in which he said: “The shoes of a Syrian refugee, worker and national are worth more than your republic, Cedars, your Lebanon your right wing, independence, government, history, revolution and presidents. What did we understand?”

According to reports, al-Amin’s status came as a reaction to an OTV television prank show he found insulting to Syrian refugees. That particular episode, which shows the program host humiliating a prank victim who was later revealed to be a Lebanese-Syrian national (read full story here), was brought to light by an article published in al-Akhbar that went viral, triggering mass reactions and condemnations, with some accusing the program host Marcel Khadra of racism. When I first read the article, I like al-Amin was outraged, however after fact-checking it, I realized that many of its claims were inaccurate, and some pieces were missing, as is the case with Saleh’s story, which till now is being disputed. But of course as is the case with nearly all viral content driven by outrage, reason or contrarian views barely make the needed rounds following the initial hit.

In the original OTV prank, the victim was never revealed as being Syrian in the program itself –that piece of information was brought to us by the al-Akhbar article. Also, the victim’s accent is one that can fairly be described as Lebanese, so had it not been for al-Akhbar, audiences would have remained oblivious to the nationality of the victim, and would have focused on the demeaning nature of the program itself, which is an argument I highlighted in a blog post I wrote in light of the OTV prank scandal. But that would not have yielded the needed outrage.

Now to be fair, both Delta Air Lines and OTV are predisposed to accusations of the sort; the airlines has a history of kicking out other passengers in similar incidents, and OTV is a channel that belongs to the Free Patriotic Movement: a political party whose leader, Foreign Minister Gebran Bassil, has made statements against the influx of Syrian refugees into Lebanon. But do these factors excuse outrage journalism? Do they provide the justification for content driven solely by provocative subjects?

I am one to say no. Absolutely not. Because outrage journalism is a double-edged sword, blindly defending a particular cause one day, while quickly switching sides the next depending on where, well, the outrage falls. That, and it encourages a type of journalism that depends on the emotions of readers and not on detail, nuance, investigation, and, well, ethics. It relies on short-form analysis, low overhead and high volume to draw readers, who hopefully then click on accompanying banner ads and share the story on social networks, as Slate points out.

Outrage journalism gives way to other malignant forms of writing. The higher the shock value needed to bring in the likes, shares, and traffic, the more outrageous the stories become, and the more desensitized we are to real ones. It bolsters fake news stories, and narratives that suit audiences, but which do not necessarily enlighten or serve them. Also, it provides a gateway for those who may misuse the power of the internet, and the power of outrage for a self-serving agenda, while compromising the credibility of real stories that deserve attention.

So, how do we combat outrage journalism? Whenever a story that triggers you into direct anger, or rage, think, fact-check, and then react. Here’s a helpful video that illustrates the process.

Enough with the wildlife killing! Help by reporting cases through this app

Wed Dec 28 , 2016
While many of us head out to the wilderness to enjoy what little is left of the country’s beauty, some do it for the thrill […] 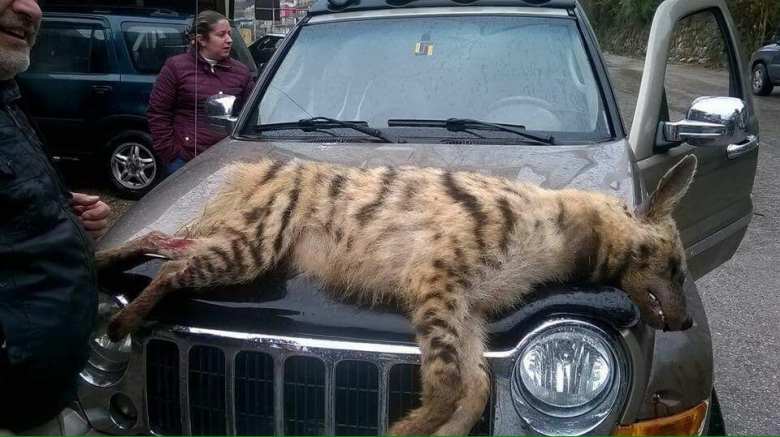