According to Lebanon’s LBCI, Lebanon’s shameful “rape law”, technically known as article 522 of the penal code, was abolished by the Administration and Justice Committee. In a tweet posted by the channel on Wednesday, MP Robert Ghanem was quoted as saying that the Administration and Justice Committee had unanimously “annulled the article” in question.

While this piece of news was received with much glee, it is not yet in the bag; the committee in reality announced that it is “leaning towards abolishing article 522,” the National News Agency said, with MP Ghanem confirming the latter. He also told reporters following the meeting that the committee has yet to finalize discussions pertaining to other items, which will continue next week.

Article 522 stops prosecution or execution of a penalty when the perpetrator of a rape, kidnapping, or statutory rape marries the person he has raped or kidnapped. But that’s not all. Articles in the section (503 – 521) include the rape of a minor; the rape of a person with a mental or physical disability; sex with a minor, molestation of children, sexual harassment of children; the exploitation of someone in a weaker position and forcing someone into sexual acts; and the kidnapping of women or girls (with or without intention of marriage).

According to The Daily Star, who spoke to MP Ghanem, the committee “is discussing articles 503 through 521 … before referring the draft law to the Parliament [for ratification].”

“Wednesday’s discussion had reached article 510 of the penal code,” MP Ghanem said. “We modified some articles by adding penalties and forcing strict punishments, and in other articles we granted the judge the right to decide the sentence …”

The Newsroom Nomad contacted ABAAD, the local women’s rights NGO behind the campaign to abolish the article in question. Speaking to Diaa al-Jurdy, she expressed the organization’s happiness with the committee’s decision, stating that it now all boils down to technicalities, namely the committee’s final vote on the matter and the parliament’s endorsement.

“It’s 99% complete … We just have to wait for the final step, but we consider it to be a done deal,” she said, echoing the organizations Facebook post.

But said decision wasn’t hailed by all. KAFA, another local women’s rights NGO, expressed reservation. In a post on their Facebook page, the organization that has been campaigning against child marriage, said that it “will not be fooled by what happened today …”

Translation: We will not be mislead by what happened today at the Justice and Administration Committee … It’s true that they have agreed to abolish article 522, which exempts a rapist from prosecution if he marries his victim — this is the least that they can do — but we have also learned that the [unanimous] agreement does not include all crimes and has retained pardon as a possibility vis-à-vis the amendment of certain items related to crimes that include sexual violence against minors and child marriages, as well as the ability to judge each case for itself.

The Justice and Administration Committee will hold another meeting on Dec.14 to work out the details involved in canceling Article 522, as per a draft law presented by Lebanese Forces MP Elie Keyrouz. The status of articles related to child marriages, which KAFA has been campaigning against, along with other items that the organization has expressed reservation to, remains to be seen. In any case, the fight is not over – not until Parliament ratifies the law, and not until all articles that do injustice to women, girls, minors and people with disabilities are cancelled beyond the shadow of a doubt.

Thu Dec 8 , 2016
The ancient shellfish, once used as a main source of Tyrian purple by the Phoenicians, has disappeared from the eastern Mediterranean coast, amid warnings of […] 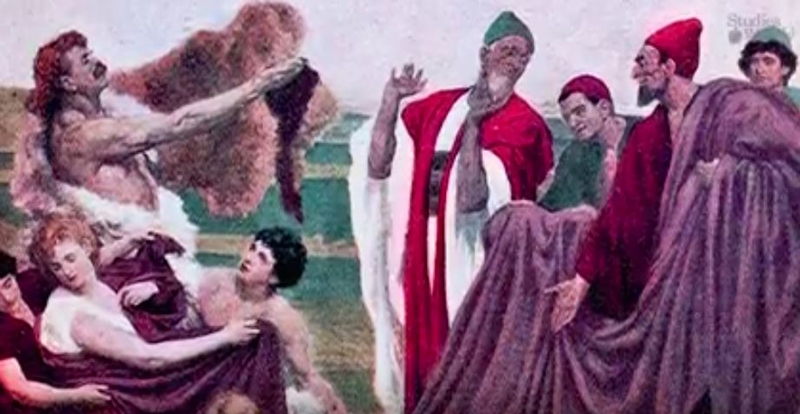