According to a video posted on Thursday by the New Scientist, several species that are normally not found in the Mediterranean Sea, were spotted off the Lebanese coast. The video, which highlights the findings of Oceana’s first deep-sea mission in the eastern Mediterranean, says the recent discovery could help trigger marine conservation efforts in the Middle East.

Using a remotely operated vehicle (ROV) – an underwater robot- that surveyed areas down to 1050 meters depth, Oceana and Lebanese scientists were able to document more than 200 species, including new records for the Mediterranean Sea that had only previously been found in the Atlantic Ocean and in Polar Regions. The month-long expedition took place between October and November 2016, and was undertaken following a request for partnership sent from the Lebanese Ministry of Environment in order to carry out biodiversity field surveys in the country’s deep sea, following the adoption by the Lebanese Government of the Lebanon’s Marine Protected Areas Strategy in 2012.

“The expedition has shown that Lebanon hosts unique marine features deserving protection. Among these, Oceana scientists were impressed by a superb belt of coralligenous gardens discovered at 80 metres depth, beautiful corals, and a huge variety of sponges. Some fish species came as a surprise as well –longnosed skate (Dipturus oxyrinchus) was seen for the first time in the Levantine Sea, and observations of lantern shark (Etmopterus pusillus) marked the first record of this species in the Mediterranean. These preliminary findings have just been shared with Lebanese authorities,” Oceana said.

Oceana, an oceans advocacy non-profit organization, focuses on water/beach quality, fisheries, fish habitat, and marine sanctuaries. It’s most recent findings pertinent to the Lebanese deep-sea could help expand the rims of legally protected areas in the Mediterranean to hit the 10% target by 2020. Though it remains unclear why these species have migrated from the Polar Regions, it just may be due to the regions cold waters that have never before been explored.

“We simply do not yet know why some of these polar species, like the scarlet-red starfish Leptasterias, are settling here,” Oceana’s senior research director Ricardo Aguilar said. “It could be that the deep sea area is poorer in biodiversity, which means less competition for the newcomers … Or it could also be that they settled here in the past, without us knowing,” he continued. “We have no frame of reference to judge these findings against.”

The team also found invasive lionfish and rabbitfish, originally from the Red Sea. These species, which the Newsroom Nomad reported on in July, may have been carried in the ballast water of ships coming through the Suez Canal. Their presence is pushing out native species and destroying the habitat by overgrazing, not to mention that they pose a risk to swimmers.

Another surprise (as mentioned above) was the finding of an Atlantic Lantern Shark. This particular species of Lantern, which measures at 20 centimeters and glows bright blue along its spine and belly, is a shark generally associated with the chilly waters of the Atlantic. Why it’s here, no one knows, but its discovery in this area reportedly left scientists speechless.

Last but not least, they found this extremely rare catch of Litterus Garbagus, also known colloquially as zbele. Here’s hoping the Lebanese Government actually follows through with the recommendations of the organization by ridding our deep-seas of this toxic invasive specie, and designating these areas as marine protection areas.

What this means to the establishment of  sea-side landfills, the continued usurpation of public beaches, and plans to drill off-shore oil and gas reserves remains to be seen.

The origin of the St. Barbara feast, the masks, and the wheat 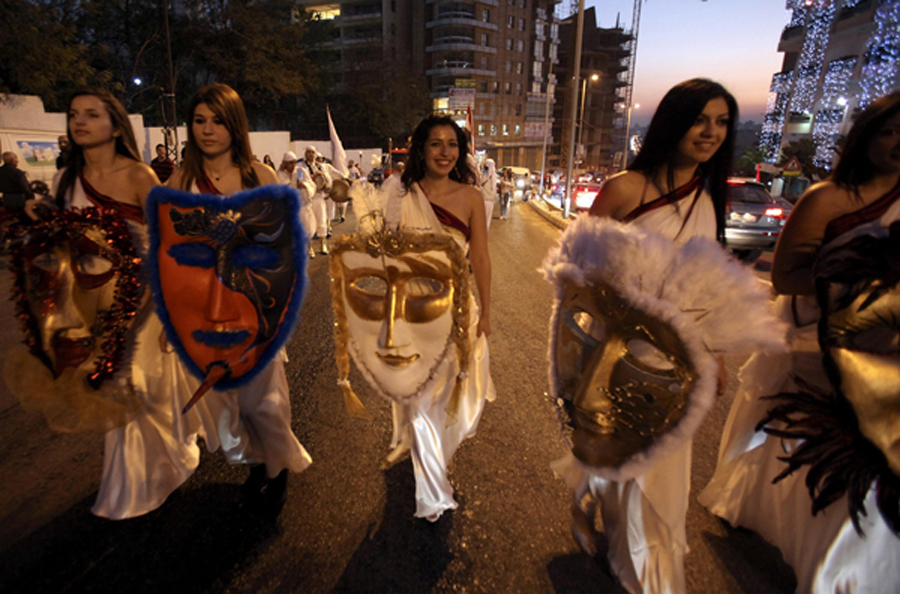