The Ramlet al-Baida beach, widely seen as one of Beirut’s last public coastlines, is once again at the center of renewed controversy after recent photos showing the destruction and excavation of the seashore emerged on social media platforms.

The images, which were posted by the Legal Agenda’s Joelle Boutros on Saturday, quickly went viral, triggering activists to head down to the beach in hopes of disrupting construction works, which they say are illegal.

On Sunday activists stood by the side of the road as participants of the Beirut Marathon, that drew 43,000 runners, passed them by. Holding posters and placards showing the destruction of the Ramlet al-Baida beach, they vowed to fight on, renewing calls for the end to the privatization of the coastline that is currently being usurped for the construction of the Eden Bay mega-resort by Achour Group.

By Tuesday, the situation had escalated whereby protesters, construction workers, and police clashed at the scene of the demonstration. Activist Whard Sleiman, who sustained injuries after he was punched in the face, said that he was attempting to interrupt the draining process at the excavation site by pulling out water lines.

In a video posted online Whard explains that the developer, Wissam Achour, has since filed complaints against all activists who were present at the scene of the altercation.

“[Achour] is seeking compensation for vandalized pumps, and has declared that he will come after protesters … but I ask, who will compensate us for our losses?”

By Tuesday evening tensions were at a boil. Activists clashed with construction workers and police. But before that unfolded, activist Raja Noujaim told news reporters that the site of the construction is public property, contrary to information disclosed by the Beirut Municipality and Achour Development.

“If what they is true, then let them present the correct maps and documentation … There aren’t any and if there were they wouldn’t be hiding them.”

Beirut Governer Ziad Chebib has continuously said the beach would remain open to the public. “The location where digging and building has begun … is located outside the premises of the public beach and more than 300 meters south of it,” the Municipality of Beirut reiterated in a statement.

“The Municipality of Beirut insists that the land in question was privatized in 1932, but the maps presented date back to 1962,” Noujaim responded. “This makes them worthless.”

Nahnoo, a civil society group opposed to the project, also released a statement on Tuesday night denouncing the construction works.

“The construction that is ongoing on our public coastline today is actually happening on a part of what is generally referred to as the ‘Public Beach,’” the statement said.

Nahnoo added that the construction being undertaken by the “Achour Group” was approved by the municipality at the expense of the residents. “In other countries public property is deemed sacred … politics protects the areas. We call on the Beirut Municipality to halt the work … immediately [and] investigate the deeds completely,” it said.

Achour Development, like the Beirut Municipality maintains that the parcel on which the luxury resort is being constructed is not public property. In a Facebook post, it published documents to support its claims.

ATTENTION: To everyone who has been supportive and stood by our side.
We, at Achour Development, care and respect to the upmost fullest every segment and sector belonging to the public.We have always abided by rules and regulations governing our beloved country Lebanon.To everyone who has attacked us, we write this to clarify multiple misunderstandings occurring among many. 1) The project Eden Bay Resort is not located on the public beach nor on a public property. -> The land that is currently being excavated does not at any means reside in public property/the public beach. 2) Achour Development obtained a legal permit from the Lebanese Government providing the authorization to construct on the specified land.Attached are the images belonging to the official permit obtained from the Lebanese Government, satellite images showcasing the location of the land with respect to the public beach, and an officially published article from the Municipality of Beirut. Beirut Municipality Reference – ACHOUR GROUP – FACEBOOK

Claims of ownership of said land have been at the center of debate. The Newsroom Nomad has documented a long list detailing these claims. Activists however refer to one solid law when it comes to public property, namely maritime, and that law clearly says: “The sea’s shore until the farthest area reached by waves during winter, as well as sand and rock shores belong to the public,” [Article 2 of Order 144/1925]. In that respect, property owners are prevented from erecting buildings on beaches because of the loose, sandy landscape.

But this law has not prevented the usurpation of public property. In September activists also staged a protest to halt the works at the Kfarabida beach. That protest is only one in a long line of others that include Aadloun, Dahlieh and Ramlet al-Baida.

Only 49 remaining kilometers of beaches and 11 of cliffs remain on coastal Lebanon. The rest of the coast has been urbanized, with the Ministry of the Environment projecting that if current trends continue, Lebanon’s coast could be totally artificialized “à la Hong Kong” by 2025.

For now it remains unclear whether construction works for the Eden Bay resort will continue, but one thing’s for sure, it’s not just the sea that’s full of shit.

There are pumps dumping tonnes of untreated sewage into the sea on both sides of the Ramlet al-Baida beach. Raw sewage and chemical pollutants contaminate the waters at an alarming rate, according to a recent study published by National Center for Marine Sciences, posing health risks to swimmers. Exposure to sewage infested waters can cause diarrhea, dysentery and other diseases.

The Ramlet al-Baida beach is one of the only places left open to limited income persons who can barely afford treatment and who in many cases do not have apt healthcare. So it is safe to say that it may be well within the interest of people not to swim in or come in contact with the water until the issue is solved. Cleaning up the Ramlet al-Baida beach should be the number one priority and demand, alongside keeping it open to the public.

The Council for Reconstruction and Development (CDR), which is tasked with building the country’s wastewater collection network, has “for years” been meaning to stop the outflow of excrement into the Mediterranean, but work is slow and costly, Assem Fedawi of the CDR told Executive in September.

Interestingly, in 2013 South for Construction won a contract to build a pumping station to transport the wastewater pouring on to the Ramlet al-Baida beach to a treatment plant further south – the same year that the lands were reportedly obtained.

The sewage pumps have yet to be moved, and my thoughts say that they will remain in place so long as investors are not making a profit from the beach.

Fri Nov 18 , 2016
A lone whale was spotted swimming off the coast of Halat, north of Beirut, according to a video posted by MTV on Thursday. In the […] 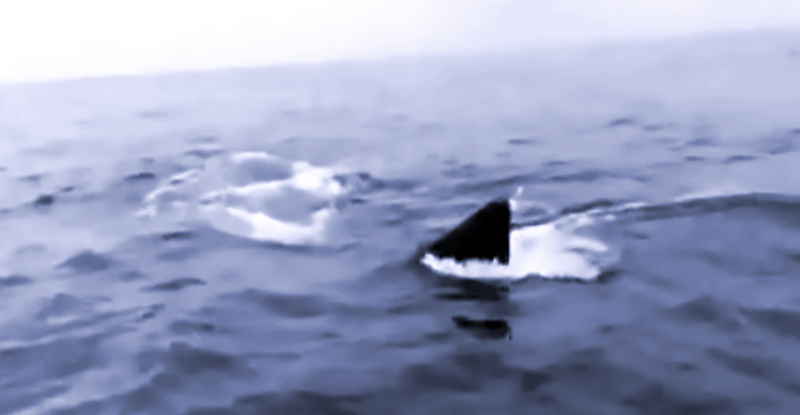