Ghazi Aad used a wheelchair, but this never stopped him, nor did it slow him down. In fact, up until recently, he had remained as active as ever, calling on successive governments to concentrate their efforts on securing the release of the surviving victims of enforced disappearances and arbitrary detention.

Aad fell ill and entered a coma last month. He unfortunately passed away this morning. But his one wish to help the parents and the relatives of the victims remains as unanswered today as it ever was.

Aad founded SOLIDE (Support of Lebanese in Detention and Exile) in 1990. He worked tirelessly to advance the cause of so many people who till date have no knowledge of their loved ones lost throughout the (1975 – 1990) civil war and its aftermath, because in his words he wanted to “put an end to the agony of the families and retrieve our brothers detained by the Syrian intelligence in Lebanon”.

For years he organized demonstrations, and sit-ins; his organization was among the first to place a tent before ESCWA for the families of the victims of enforced disappearances -a protest tent that remained in place for 11 years. He called for the establishment of a national commission of inquiry and for the mapping of the Lebanese territories to define how many people disappeared during the war. He also called for the establishment of a DNA database to help identify the bones and remains of the bodies found.

Aad was a fighter; he wasn’t afraid. He called out regimes, governments, and local militias for their participation in war crimes; for the disappearance of thousands of people.

Almost 25 years have passed since the end of the brutal 15-year Lebanese civil war, but not one serious investigation has been conducted to elucidate the fate of the thousands of people who were kidnapped during that bloody period.

The practice of enforced disappearance was systemically used during the civil war by militias, the Syrian, and the Israeli armies. Thousands went missing, and while it is likely that the majority of victims were executed inside Lebanon, it is equally evident that some of the kidnapped were subsequently handed over to the Israeli and Syrian authorities, according to the Lebanese Center for Human Rights. Among these victims, some were killed and buried in Israel and Syria, while others were transferred into the prisons of the two countries. At present, hundreds of Lebanese citizens remain incarcerated, incommunicado and in inhumane conditions in Syrian prisons.

Aad took it upon himself to deliver those pleas to those concerned. He worked tirelessly and inspired thousands of others. Today he is gone, but his legacy must be kept alive; for his sake, for the families, and for our collective memory.

Rest in power Ghazi. You will be missed.

In Ghazi’s honor, a farewell ceremony will be held on Friday, November 18, in front of the protest tent at the Gibran Khalil Gibran Garden facing ESCWA, followed by a funeral service at the Church of Our Lady of Immaculate Conception in Dlaybe. For more details, please click on this link.

Related: The long wait: Families of disappeared are still searching for answers

Thu Nov 17 , 2016
The Ramlet al-Baida beach, widely seen as one of Beirut’s last public coastlines, is once again at the center of renewed controversy after recent photos showing […] 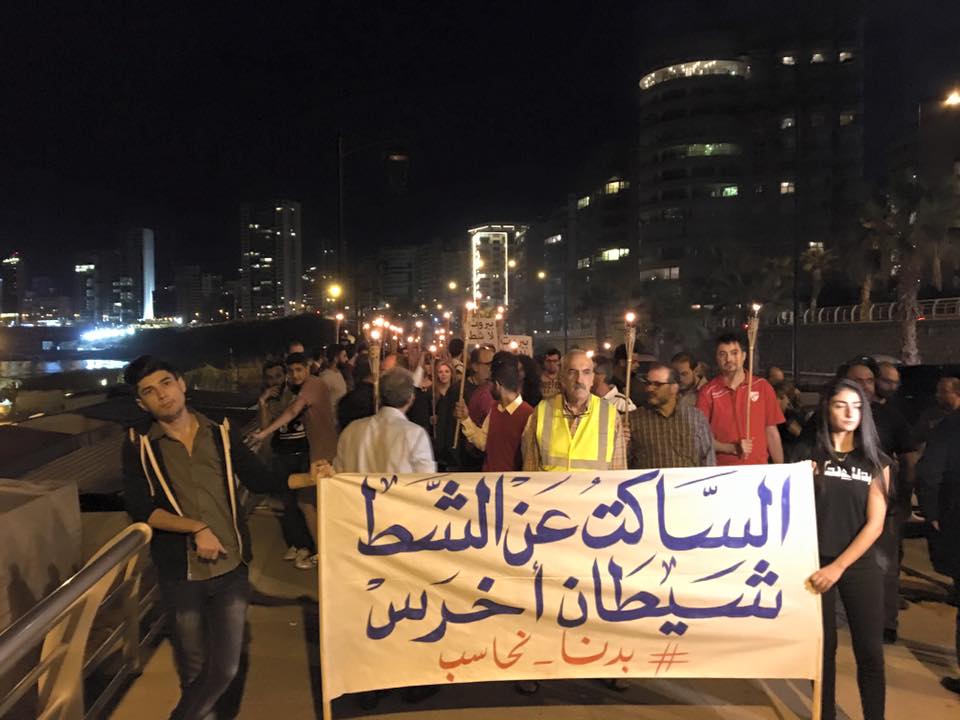